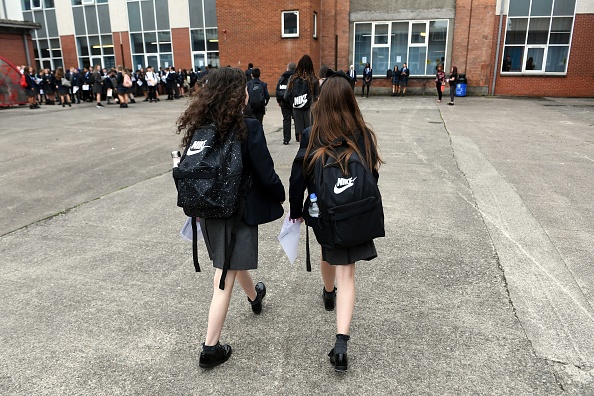 SEXUAL harassment and online sexual abuse are a routine part of the daily lives of school children and they don’t see any point in challenging or reporting it, according to an Ofsted’s report published on Thursday (10).

Nine out of 10 girls and half the boys who took part in the review said being sent unsolicited explicit pictures or videos happened “a lot” or “sometimes” to them or their peers.

A similar proportion of girls (92 per cent) and three-quarters of boys complained of recurrent sexist name-calling.

Three-quarter of girls reported that pressure to provide sexual images of themselves happens “a lot” or “sometimes” while some girls told Ofsted they were getting contacted by up to 11 boys a night asking for nude images. In the survey, eight in 10 girls talked about boys being very persistent when asking for explicit images, saying “they just won’t take no for an answer”.

Ofsted was asked to conduct a rapid review of sexual harassment and abuse in schools and colleges in England after thousands of testimonies detailing sexual abuse and misconduct in schools were posted on the Everyone’s Invited website this year.

Inspectors visited 32 unnamed schools and colleges in both the independent and state sector, including a few named on the Everyone’s Invited site, and spoke to more than 900 children and young people.

Most students felt that the relationships, sex and health education (RSHE) they received at school did not give them the information and advice they needed. Many teachers said they lacked knowledge on topics such as consent, healthy relationships and sharing of sexual images, the report said.

Struck by the widespread prevalence of the problem of sexual harassment, the inspectors reportedly have told school leaders to “act on the assumption” that sexual harassment was affecting their pupils, even where there were no complaints.

Ofsted said it wanted headteachers to take a whole-school approach and develop a culture where all kinds of sexual harassment are addressed and sanctioned. It also recommends for sex education to cover consent and sharing explicit images.

The chief inspector of schools in England, Amanda Spielman, said she was shocked by its findings.

“It’s alarming that many children and young people, particularly girls, feel they have to accept sexual harassment as part of growing up. Whether it’s happening at school or in their social life, they simply don’t feel it’s worth reporting,” she said.

Education secretary Gavin Williamson said sexual abuse in any form is “completely unacceptable” and “no young person should feel that this is a normal part of their daily lives”.