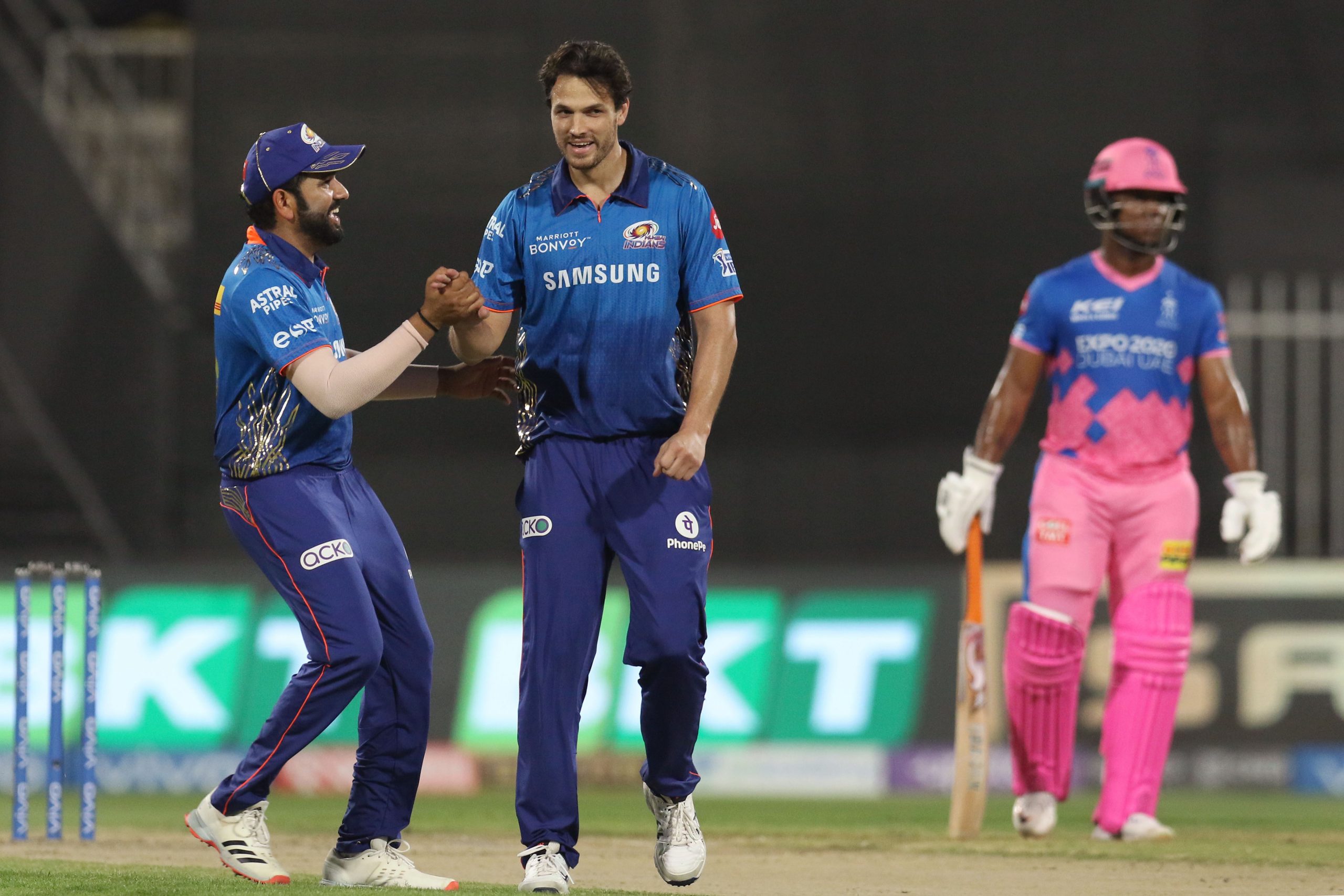 Nathan Coulter-Nile of Mumbai Indians with skipper Rohit Sharma celebrate at the fall of a wicket. (PTI Photo/Sportzpics)

MUMBAI INDIANS captain Rohit Sharma said his side paid the price for their inconsistency after Kolkata Knight Riders pipped them to the final playoff position at this year’s Indian Premier League (IPL).

Five-time champions Mumbai thumped Sunrisers Hyderabad by 42 runs on Friday, but Kolkata claimed the last playoff berth by virtue of their superior run rate after both sides finished with seven wins from 14 matches.

This year’s IPL was halted in May after a surge of Covid-19 cases in India, resuming last month in the United Arab Emirates.

Rohit said that break did not help Mumbai, who were chasing a hat-trick of titles.

“When you play for a franchise like Mumbai, you are always expected to go out and perform,” the opener said after they bowed out with a victory in Abu Dhabi.

“We have had an on-and-off season this time around,” he said. “We were getting momentum in Delhi and there was a break, that didn’t help the team. It was a collective failure.”

Table-toppers Delhi Capitals will clash with three-time champions Chennai Super Kings on Sunday for a place in Friday’s final.

The losing team will get another chance to qualify for the final on Wednesday when they meet the winners of Monday’s eliminator between Kolkata and Royal Challengers Bangalore.