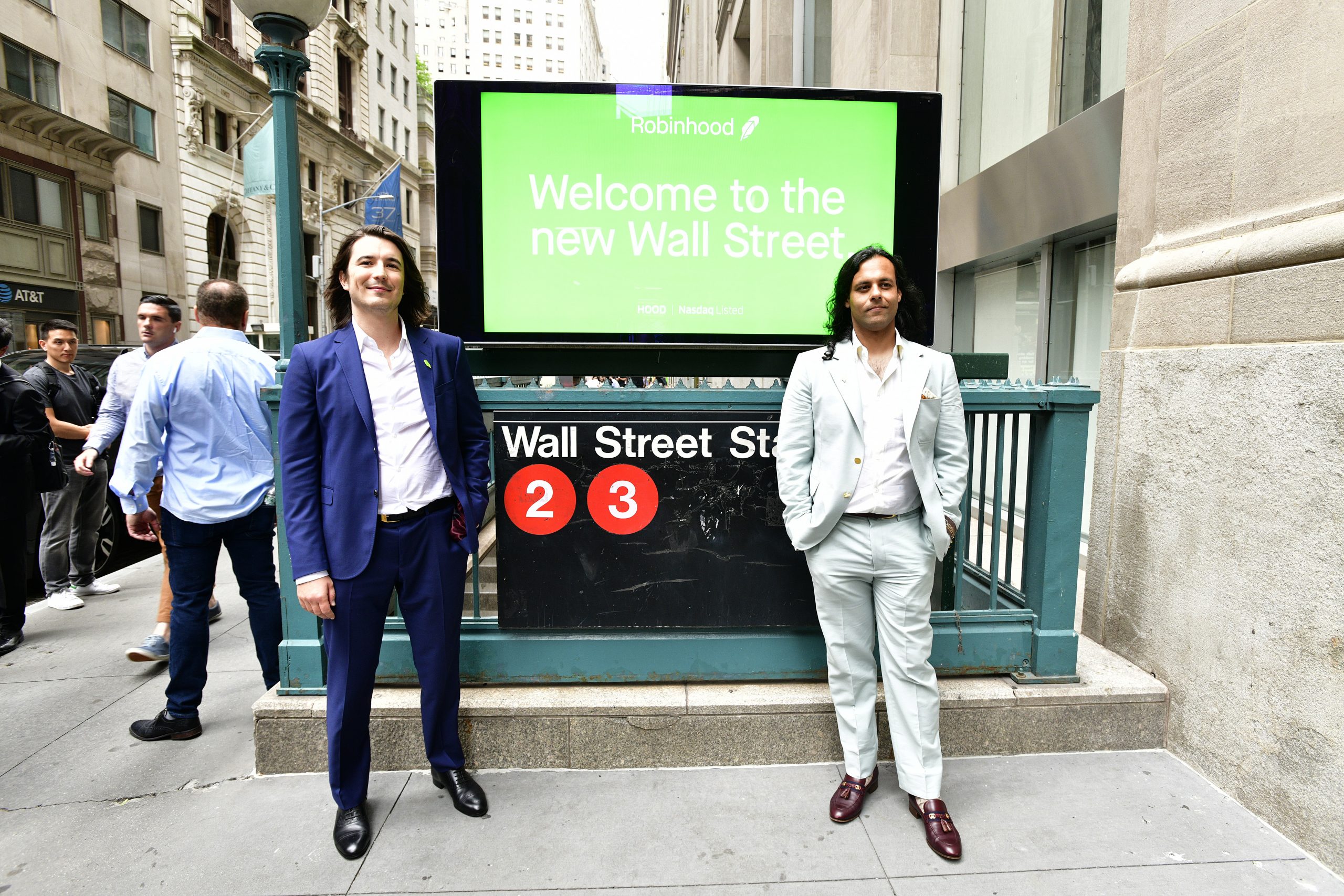 ONLINE brokerage Robinhood had a muted debut on the Nasdaq stock exchange on Thursday (29).

The company that aims to “democratise finance for all” sold more than 49 million shares worth $1.8 billion (£1.2bn) in the first half an hour of trading, followed by a nearly 12 per cent plunge intraday.

Shares of Robinhood closed down more than 8 per cent in its Nasdaq debut.

Shares were first offered to the public markets at the bottom of its target range for buyers, with an opening price of $38 (£27) per share, valuing the company at roughly $32bn (£22.9bn).

Robinhood is one of America’s most valuable companies to have gone public this year.

Its stock market debut comes just months after being caught in a confrontation between a new generation of retail investors and Wall Street hedge funds.

The company’s easy-to-use interface made it popular among young investors trading from home during the pandemic-induced restrictions.

Its popularity increased over the past 18 months, with the number of accounts doubling to 31 million since January.

“We didn’t build Robin Hood for the rich or those with decades of experience. We built it for everyone. We’re humbled to be serving over 22 million people. And yet there’s so much more to do,” chief executive Vlad Tenev said.

Launched in 2013 by friends Vlad Tenev and Baiju Bhatt at Stanford university, the firm tried to appeal to young investors by waiving off account minimums or charging commissions. Its median customer age is 31.

Earlier this year, it was involved in the GameStop trading buzz, being one of the main platforms through which retail investors could trade.

Robinhood’s revenue in the March quarter jumped fourfold, backed by the trading mania in the so-called meme stocks, which also brought the company under scanner of several regulatory agencies.

Tenev said the situation the firm faced in January – when financial strains led it to limit certain stock purchases – was “unacceptable to us”. Lawmakers later said the move, which sparked outrage, had raised questions about fairness in financial markets.

“The business has been a juggernaut. They’ve got a great platform they can build off of,” said David Weild, former vice chairman of the Nasdaq and current chief executive of investment bank Weild & Co.

Last month the company business was fined $70m (£50m)  by a regulatory body that said it harmed consumers through “false and misleading” communications.

In 2020, the company also paid $65m (£46.5m) to America’s Securities and Exchange Commission for misleading customers.