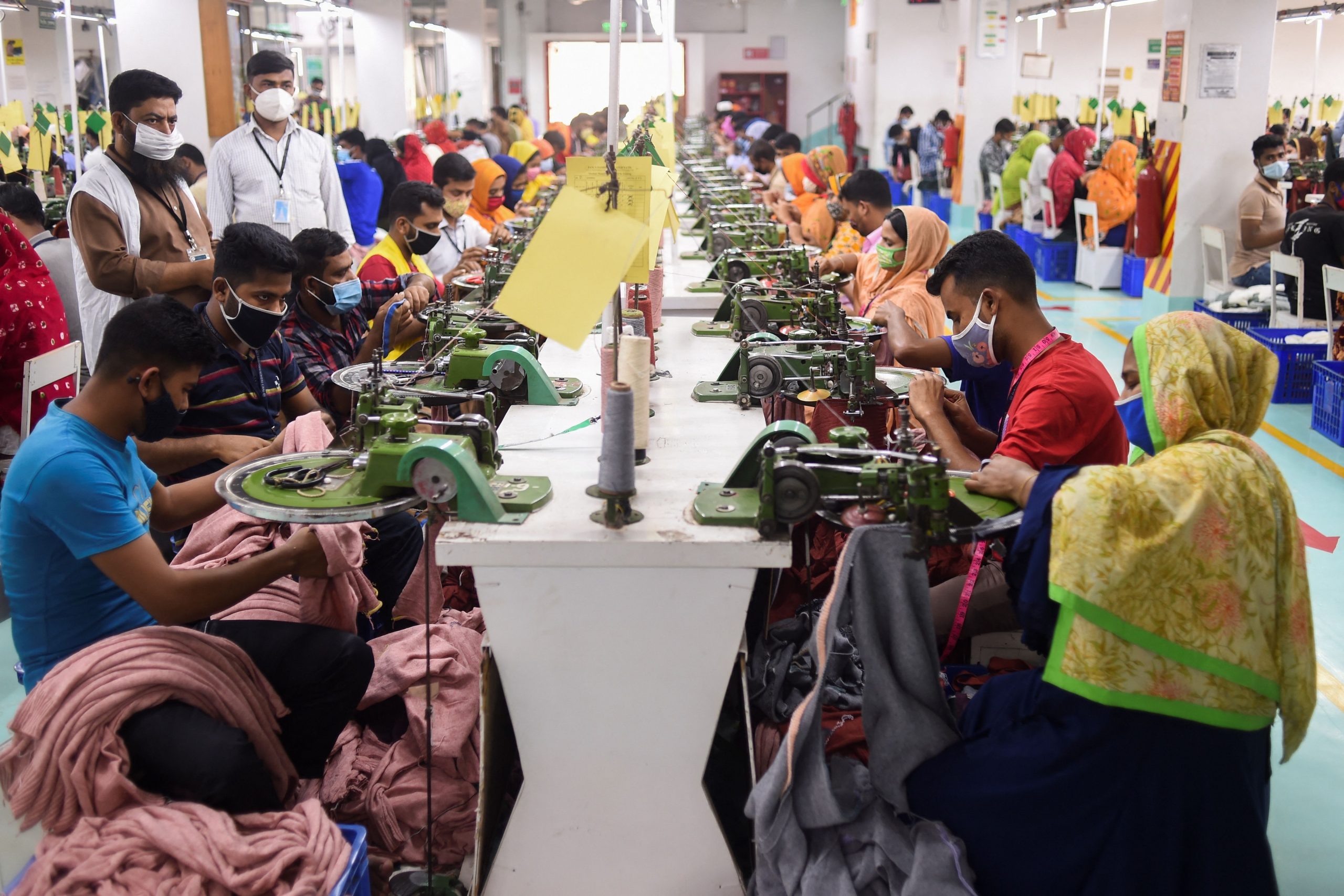 People work in a garment factory in Gazipur, Bangladesh. (Photo by MUNIR UZ ZAMAN/AFP via Getty Images)
Follow Us

RETAILERS and unions negotiating over a legally binding workers’ safety accord in Bangladesh reached a tentative deal to extend it by three months, unions involved in discussions said, provided around 200 signatory retailers agree on the extension.

The accord was to expire on Monday (31).

The signatories – which include high street retailers such as Zara-owner Inditex – have until June 10 to state whether they agree, a spokesperson for UNI Global Union, one of the unions involved, said.

According to UNI Global Union, at least 10 have given their consent, including H&M, which confirmed it had agreed to the extension.

Inditex did not immediately respond to a request for comment.

Unions said they will pull out of the organisation now running the accord – called the RMG Sustainability Council (RSC) – if retailers do not commit to the legally binding portion of the agreement, obliging them to fund the accord’s operations and banning them from working with factories until they are deemed safe by accord inspectors.

“Without a legally binding agreement, no factory is safe,” Babul Akter, president of the Bangladesh Garment and Industrial Workers Federation, said. “Bangladesh’s garment industry will go back to square one … we will have another Rana Plaza,” Akter said, referring to the deaths of at least 1,100 in the collapse of garment production centre Rana Plaza in 2013.

But industry representatives from factory owners’ association BGMEA, who form a third of the RSC board, said the most important thing was to strike an agreement that as many brands as possible would join.

“The industry wants every brand to sign on,” BGMEA director Rubana Huq said. “That’s our stance.”

The Accord on Fire and Building Safety in Bangladesh, signed in 2013 after the Rana Plaza disaster, created an independent body to run inspections at factories and obliged retailers to sever business ties with factories that did not carry out repairs, providing emergency funds, low-interest loans or upfront payments where necessary. Firms could be tried in court in the country where they are domiciled if they failed to meet their obligations.

North American retailers including Walmart, Target and Macy’s, reluctant to sign onto a deal that risked legal cases at home, created a parallel Alliance on Workers’ Safety in Bangladesh valid for five years in which members held each other to account without court involvement.

Sources close to the negotiations said the Brand Association, a legal entity representing retailers in the RSC, wanted to reach an agreement that North American retailers would also sign. But workers’ rights groups said this could create a race to the bottom.

“We want the RSC to be the industry initiative, but that doesn’t mean we are prepared to lower our standards,” Boessiger said.

A Brand Association representative was not available for comment. The organisation said in a statement on Sunday (30) it was “open to any brand sourcing from Bangladesh who is committed to securing the continued high safety standards within the membership framework.”

UK retailer Asos and German retailer Tchibo have also publicly committed to signing an extension of the legally binding agreement, with others declining to comment before the end of negotiations.