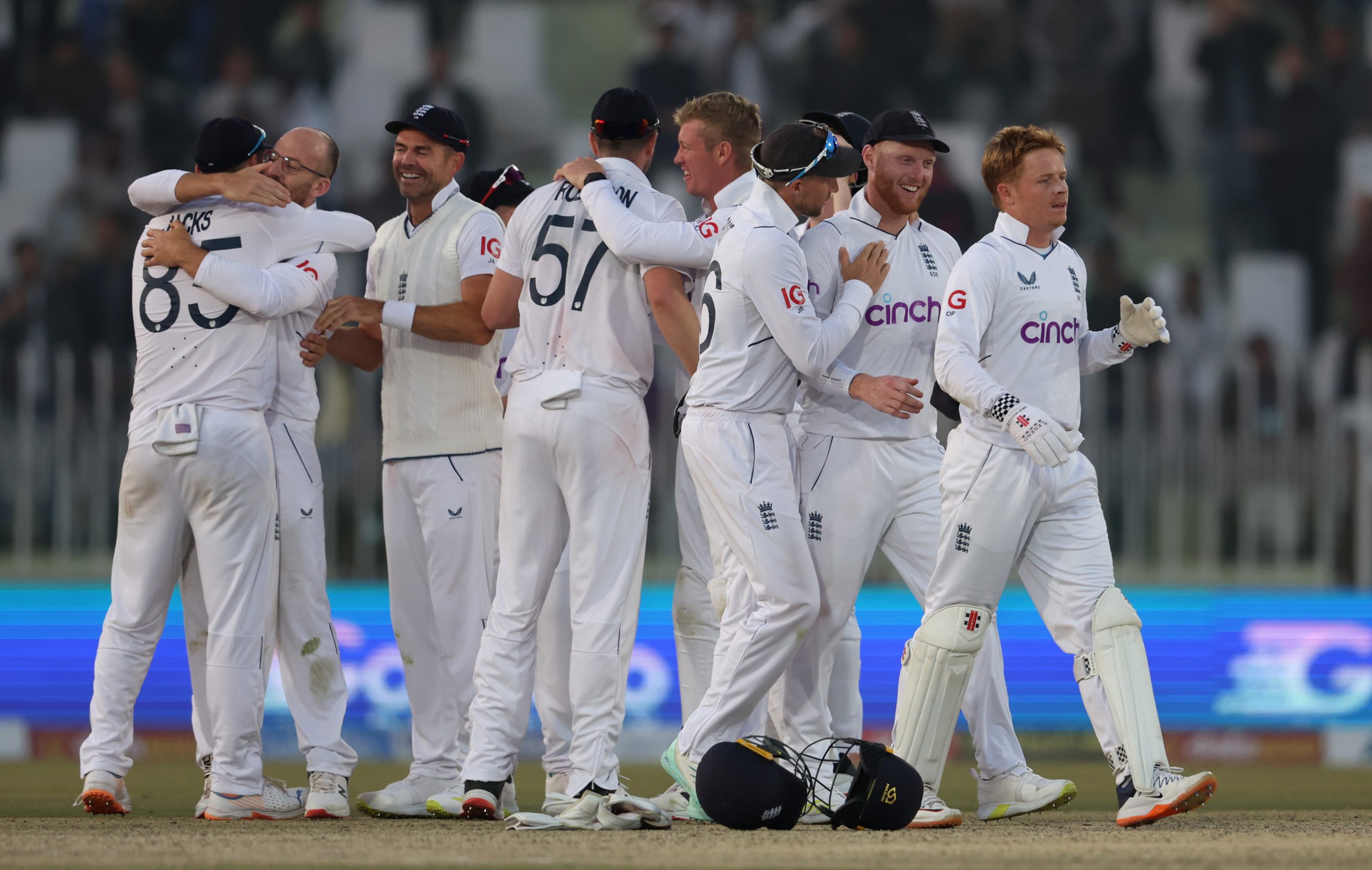 The first Test between England and Pakistan will not only be remembered for the visitors’ daring 74-run victory, but also for the number of records set.

Here is a summary of the records to fall:

* England plundered 506-4 to set a new record for most runs on the opening day of a Test, beating Australia’s 494-6 against South Africa set in Sydney in 1912.

* Pakistan’s Imam-ul-Haq and Abdullah Shafique also notched centuries in Pakistan’s reply of 579, making it the only time in 146 years of Test cricket that openers from both teams got into triple figures in the first innings.

* Haq and Shafique put on 225 for the opening stand while Crawley and Duckett made 233 — the first time in Tests that two 200-plus opening partnerships were made in the same match.

* England’s 657 runs in the first innings was their highest ever against Pakistan — and their fifth-highest in total.

* Brook cracked six boundaries in one over to become only the fourth Test batter to achieve the feat, after the West Indian pair of Chris Gayle and Ramnaresh Sarwan, and Sri Lankan Sanath Jayasuriya. Debutant bowler Saud Shakeel was on the receiving end of Brook’s onslaught.

* England struck 86 fours and nine sixes in their total – 398 runs in boundaries alone – which is the fifth highest by any team in a Test innings and the most ever by England.

* Pakistan leg-spinner Zahid Mahmood earned the dubious record of conceding the most runs in an innings by a debutant. He gave away 235 runs, beating the 222 runs off Sri Lankan Suraj Randiv against India in 2010.