CONGRESS chief Rahul Gandhi has conceded an embarrassing defeat in his family stronghold Amethi in the state of Uttar Pradesh to Union Minister and BJP candidate Smriti Irani.

“Smriti Irani has won in Amethi and I congratulate her. The people of Amethi have given their mandate,” Gandhi told a news conference.

Irani had a comfortable lead of 40,055 votes when India’s Election Commission updated the result at 6.45 pm local time.

Irani, a federal minister quoted a line from a famous poem to assert that nothing was impossible.

Her tweet came immediately after Gandhi conceded defeat in Amethi and congratulated Irani.

Gandhi also contested from Wayanad in the southern state of Kerala, and won the seat by 431,542 votes as counting finished.

Media reports said he offered to step down as party president taking responsibility of the defeat in the elections.

However, a Congress spokesperson denied the reports.

At the national level, Congress looked to have been given a hiding at the polls as prime minister Narendra Modi’s Bharatiya Janata Party headed for a landslide victory.

Votes counted so far indicated that the BJP is set for an even bigger majority than at the last election in 2014.

“I can’t comment on the results today. I want to say that our fight is a fight for ideology. I want to tell our leaders, who won and lost, don’t worry, don’t lose confidence. We will fight together for our ideology,” Gandhi told the news conference.

“It doesn’t matter what I think went wrong. Frankly people of India have decided that Modi should be the prime minister, as an Indian person I accept it,” he said. 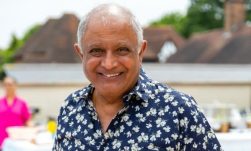 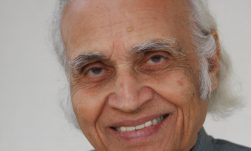