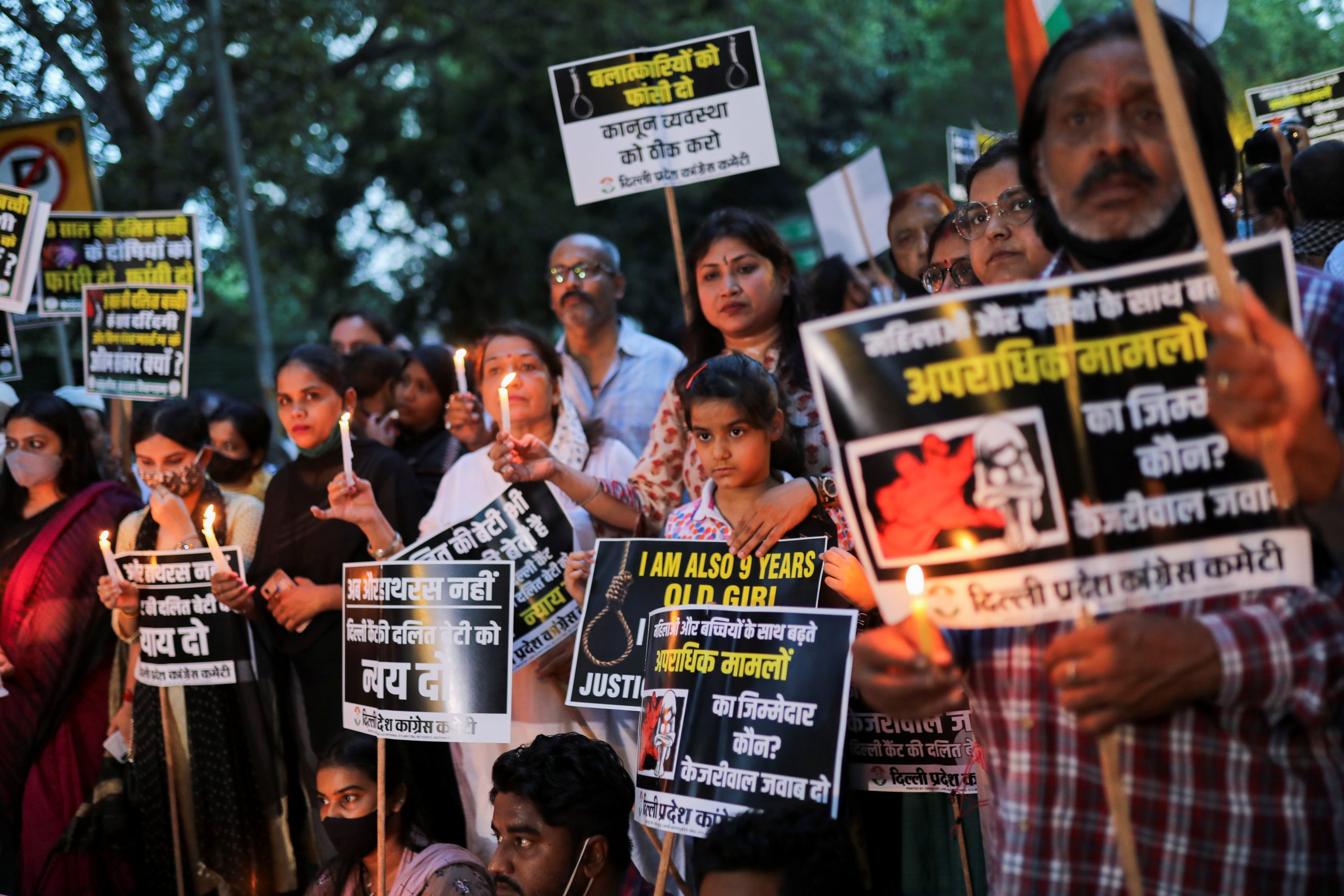 Supporters of India’s main opposition Congress party attend a candlelight vigil to protest against the alleged rape and murder of a 9-year-old girl in New Delhi, India, August 4, 2021. REUTERS/Anushree Fadnavis

The alleged rape and murder of a nine-year-old, low-caste girl sparked a third day of protests in India’s capital on Tuesday (3), in the latest case to spotlight the country’s high levels of sexual violence.

Hundreds of demonstrators have taken to the streets in New Delhi, holding banners reading “give justice to the little girl” and demanding the death penalty for the four men accused of the crime.

The 200 million-strong lowest caste Dalit community has long faced discrimination and abuse in India, with attacks increasing since the start of the coronavirus pandemic.

“There is a need to improve the law and order situation in Delhi,” he wrote, adding that he would meet with the girl’s family on Wednesday.

Opposition Congress leader Rahul Gandhi tweeted Tuesday that “a Dalit’s daughter is also the daughter of the country”.

The girl’s family told local media she was cremated without their consent and feared she was assaulted by a priest and three crematorium workers.

She had gone to the crematorium, which is located near the family’s home in southwest Delhi, to fetch water on Sunday.

The four men allegedly called her mother to the crematorium and told her the girl had been electrocuted.

Her mother was told that if she reported the incident to the police, doctors conducting an autopsy would remove her organs and sell them, deputy commissioner of Police for southwest Delhi, Ingit Pratap Singh, told the Hindustan Times.

The child’s body was then cremated, Singh added.

The four were later arrested by police and charged with rape and murder, the newspaper reported.

An average of nearly 90 rapes of girls and women were reported in the nation of 1.3 billion every day in 2019, according to data by the National Crime Records Bureau.

But large numbers of sexual assaults are thought to go unreported.

Last year, the death of a 19-year-old woman from her injuries after being allegedly raped by four upper-caste men in the northern state of Uttar Pradesh sparked outrage across the country and triggered days of protests.