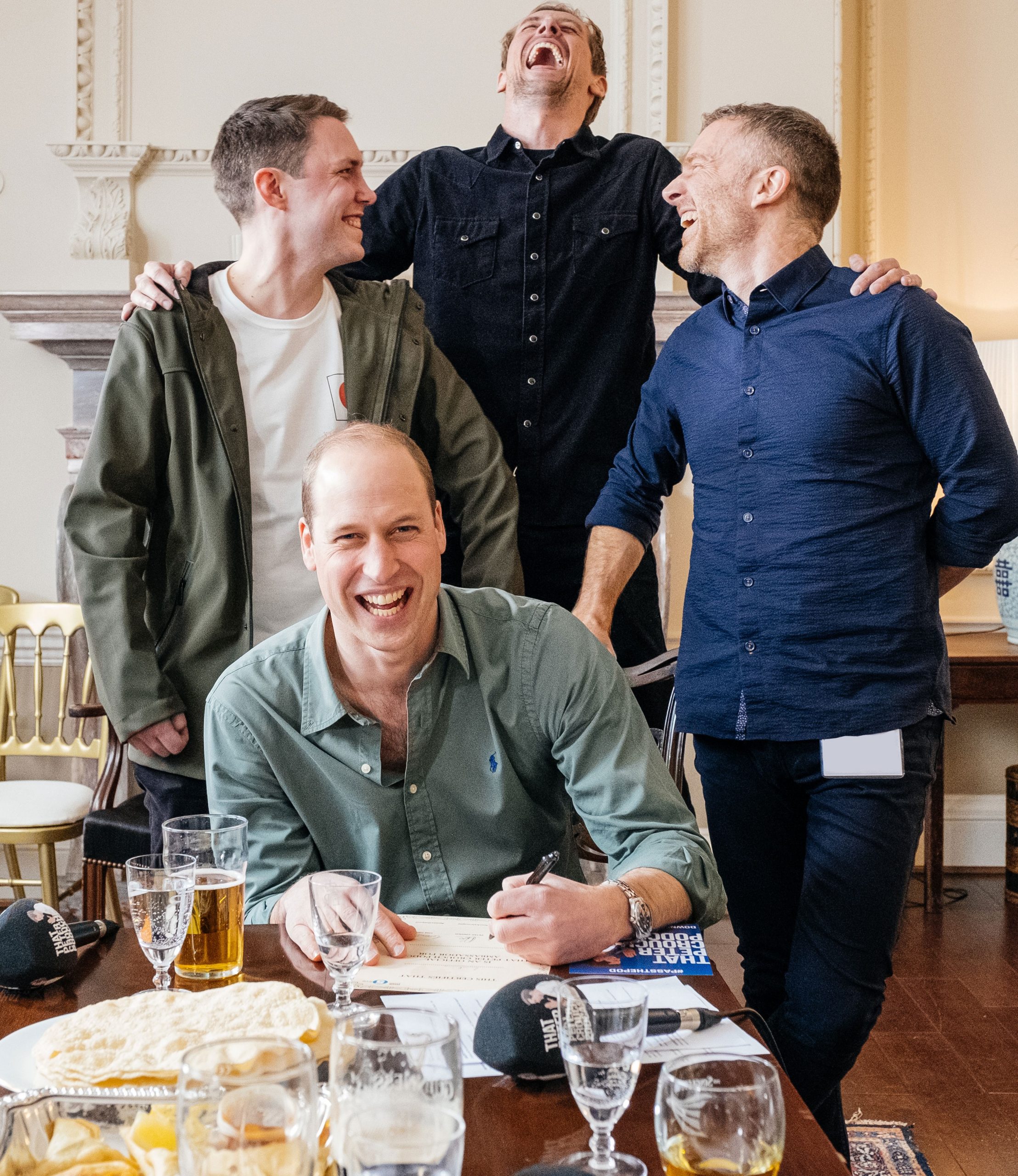 PRINCE WILLIAM recently sprang a gastronomic surprise while hosting a BBC podcast team at Kensington Palace to raise awareness on mental health, as he received a “special delivery” from an Indian takeaway.

A video of the setting showed the Duke of Cambridge interacting with former England footballer Peter Crouch, the podcast’s host, when the food packs from London’s Samrat restaurant arrives.

Personally bringing the dishes to the table, the duke announces: “So, there’s some curry for you boys.”

“I think it’s the first time that Samrats ever delivered to Kensington Palace,” remarks Crouch.

And, the duke quips: “There’s an Uber driver out there on the floor being frisked!”

Later, he also goes on to reveal his favourite curry: “Chicken masala, love that, a bit of flavour — I’m not a vindaloo man, put it that way.”

The episode of the BBC show That Peter Crouch Podcast aired last week was aptly captioned: “In a scenario almost impossible to imagine at the inception of this podcast, the boys head to Kensington Palace to eat Samrat samosas with the Duke of Cambridge.

“Slightly overawed and in inappropriate clothing, they hear from the future king of the realm about his love of Aston Villa, whether he could get the England manager sacked and if he would consider Crouchy for his six-a-side team. In return he offers beer, decent whisky and a special delivery from a podcast favourite.”

Ahead of the #HeadsUpFACupFinal on Saturday, The Duke of Cambridge was a special guest on That Peter Crouch Podcast where, over a curry, they discussed the importance of opening up.

Besides discussing several subjects over pints, poppadoms and mango chutney with Crouch and co-hosts Chris Stark and Tom Fordyce, William highlighted the importance of mental well-being.

The Duke of Cambridge has in recent years stepped up his campaigning on mental health issues, urging people to talk through a charity initiative called Heads Together.

As president of Football Association, William also spearheaded the Heads Up initiative to “harness the influence and popularity of football to help show the nation that we all have mental health and it is just as important as physical health”.

Talking mental health, missing the penalty in ‘96, and the role football can play in encouraging more people to seek support. ⚽️

— The Duke and Duchess of Cambridge (@KensingtonRoyal) August 1, 2020

“We all have mental health, and we all have to stay mentally fit,” William said.

“It’s a strength to talk about your mental health, it’s not a weakness. You know if you’re not feeling well, something’s bothering you, talk about it – it’s not a problem.”

Last month, he had also renamed the finale of English football season that culminated at the Wembley Stadium on Saturday (1) as the “Heads Up FA Cup final”.