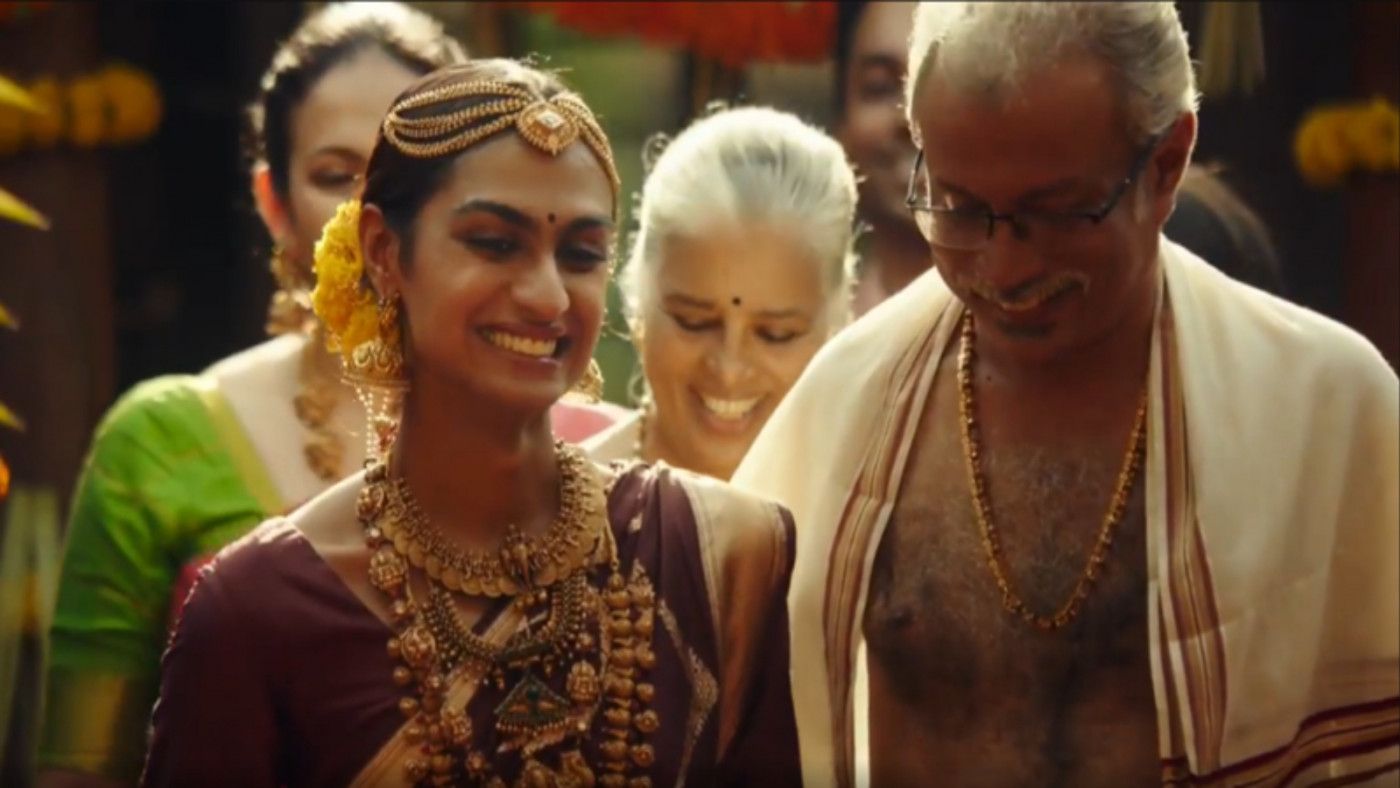 AN Indian jewellery ad that featured a transgender model has been praised as ‘pathbreaking’ in the country.

The one-minute-40-second video charts the story of the transition of a trans woman – an awkward teenager with facial hair and self-doubt who transforms into a beautiful confident bride.

Titled Pure as Love, the ad has been viewed more than 900,000 times on YouTube and 1.4 million times on Instagram since its release in April and has received rave reviews, reported the BBC.

Meera Singhania Rehani,22, a student of sociology at Delhi University, has acted in the video by Kerala-based Bhima jewellery.

It depicts the love and acceptance that the protagonist receives from her family – each milestone in her life is celebrated through the gold jewellery they gift her.

Rehani told the BBC that doing the has also helped her become more comfortable with herself as she was ‘very sceptical’ at first.

“I didn’t want someone to appropriate my trans identity for commercial use. I was also nervous since the film involved transition and as a pre-transition person, I’m shown as a man with a beard. But when I read the story and researched about the director, I said yes. And I’m glad I did,” she said.

India has an estimated two million transgender people, and in 2014 the Supreme Court ruled that they have equal rights under the law as people of other genders.

Navya Rao, online marketing head at Bhima and the brain behind the ad, told the BBC that her proposal for the campaign was met with “fears and apprehensions” from her colleagues.

“All our previous ads had happy heterosexual brides. So we were worried about how people would perceive it and react to it. Most of our stores are in rural parts of the state. We were not sure how much exposure people there would have had to these issues,” she said.

Rao added that many from the LGBTQI community reached out to them saying the ad had touched their heart.

Sudha Pillai, a writer and brand strategist at Firework, a video platform, described the ad as “revolutionary”.

“I’ve never seen any traditional brand do something so drastic. To take that kind of a risk for a traditional jeweller was revolutionary,” she told the BBC.

On Instagram, many described it as “brilliant” and “beautiful” and confessed that they were “moved to tears” watching it.