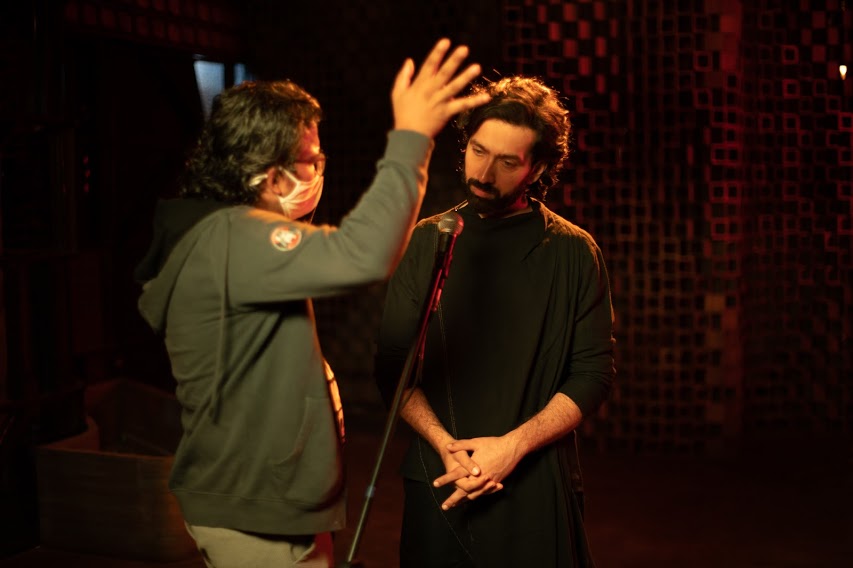 BEACON OF HOPE: Ajay Singh with Nakuul Mehta during a recitation

HOW AJAY SINGH CAPTURED THE COVID MOMENT IN TIME WITH VERSES

ARTISTS have used lockdown in different ways to capture this unique moment in history where everyone has seen their life come to a standstill, and for Ajay Singh it has been powerful poetry performed perfectly by TV star Nakuul Mehta.

The multi-talented writer-director’s beautifully written words combined with the acclaimed actor’s dynamite delivery have left permanent marks across social media that have connected deeply with diverse people. Their poetry series Too Much Democracy and Poems for Humanity have been like a bright light, and for many a beacon of hope. What makes the brilliant verses being performed even more remarkable is that it’s the first time he has written poetry.

Eastern Eye caught up with Ajay Singh to discuss the beautifully crafted poetry collections, which remain available online and have touched the lives of many across the world.

What first connected you to poetry?
I don’t consider myself a poet. Not yet! To tell you the truth, I had never written a single poem before Too Much Democracy. My exposure to poetry was limited to whatever I’d read in school textbooks. Though I am a huge Bob Dylan fan, so unconsciously some influence might have come from there, but I can’t really tell.

You started with the Too Much Democracy poem series in 2020. What inspired that?
It all started with the poem Giddh (Vulture). A famous Indian movie star had committed suicide and the media madness around it was unbelievable. It was India’s James Dean moment. The only difference here was that the lovers of Dean and people who wanted to exploit that love for Dean created an environment where there was no space left for truth or justice. It became a tool to divert from government’s failures. This whole nauseating situation found its expression through this poem.

How did you team up with Nakuul Mehta?
I shared it with Nakuul, who happily agreed to record it in his voice and uploaded it on social media. The poem went viral and it was then that Nakuul asked me to consider doing an entire series of poems around the current state of Indian democracy. After that, one poem led to another.

You both followed Too Much Democracy collection with the Poems For Humanity series. What led to that?
We didn’t have any plans for the Poems For Humanity series. We felt we had already said whatever there was to be said about our democracy, but then the Covid situation in India took a turn for the nightmarish and we felt the need to do something as artists. That’s where the idea of doing a marathon of Covid relief poems came, where those donating to charity could give us themes and we’d write and perform a poem around it.

There is a lot of deep emotion in your writing, where does that come from?
Going back to my original point, I consider myself more a screenwriter director, which I am by profession, than a poet. If you look closely, you may find my poems structured more like screenplays in verse than traditional poems. I would like to think the emotions come from caring for the world around, but the ‘staging’ definitely comes from my experience as a writer.

Has lockdown helped you creatively?
Absolutely! Never in my wildest imagination had I thought I would be writing poetry. At least, of the quality I am happy with. A book is coming out of this effort, so yes, it has helped me creatively in ways I didn’t anticipate.

How much does it mean to you both that so many connected with the poems?
We come from the film industry, so we know how much the audience matters. We are thrilled and humbled by the reaction we have got. It encourages us to do more.

Your poems have inspired people, but have they also helped you?
They have made me go a lot deeper into issues that I otherwise probably wouldn’t have. From the outset, we didn’t want the poems to come out as propaganda pieces, either for the left or the right. So, striking that balance was important.

What is the plan for the poems going forward?
The good news is the book Too Much Democracy is already finished and should be out soon. It takes the ideas from the Too Much Democracy poetry special and explores them further. They are more like poetic chronicles of the two deadliest years in our living memory, 2020 and 2021.

What else do you have on the way?
On work front, I have written a series Gangster Newton that I am directing this year. Also, the next book after Too Much Democracy.

What inspires you?
Cinema and Bob Dylan.