Peach King Didar Singh was beacon of hope for Sikh immigrants: US Senator

His particular gift for cultivating peaches earned him the moniker of ‘Peach King,’ the Senator said. 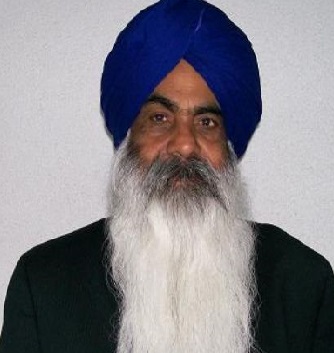 Indian-American Didar Singh, known as “Peach King” who died in September this year, was a beacon of hope for the Sikh immigrants, a top US Senator has said.

“Didar embodied the pioneer spirit of the Golden State. He left a small village in his native Punjab, India, for America with almost no money to his name. Didar found agricultural work in the Imperial Valley before eventually working his way to Yuba City in the northern part of the State,” California Senator Alex Padilla said.

In his remarks on Senate floor early this week, Padilla said Singh was one of the most successful and prominent Sikhs abroad and through hard work tapped into California’s fertile soils and rich agricultural bounty to build a farming empire that spanned California, Washington, and British Columbia.

His particular gift for cultivating peaches earned him the moniker of ‘Peach King,’ the Senator said.

“But Didar was much more than a farmer; he was a philanthropist, a pillar of his community, and a beacon of hope for Sikh immigrants across the country who were often fleeing violence in search of a better life,” Padilla said.

Padilla told his fellow Senators that a man of great faith, Didar raised money to build a Sikh temple in Yuba City, and he became the youngest president of the Stockton Gurdwara Sikh temple in 1965.

He also founded the World Sikh Organisation in 1984, which has donated millions of dollars to philanthropic causes around the world.

After Sikhs became targets of discrimination and violence following the September 11 terror attacks, he worked with community leaders to meet with President George W. Bush in hopes of educating the nation on the Sikh community, the Senator said.

“The nearly 100,000 Sikh Americans who travel from across the country each year to Yuba City’s annual Nagar Kirtan festival have Didar Singh Bains to thank. Didar was a champion for Yuba City and the surrounding region. His legacy is felt to this day by the businesses that now line the largely rural area,” Padilla said.

It can be seen in the political gains for Sikh Americans, exemplified by his nephew winning mayoral office in 2009 and becoming the first Sikh American elected to lead a city in United States history.

“And it can be told by the countless number of immigrants whom he helped achieve the American dream,” Padilla said.