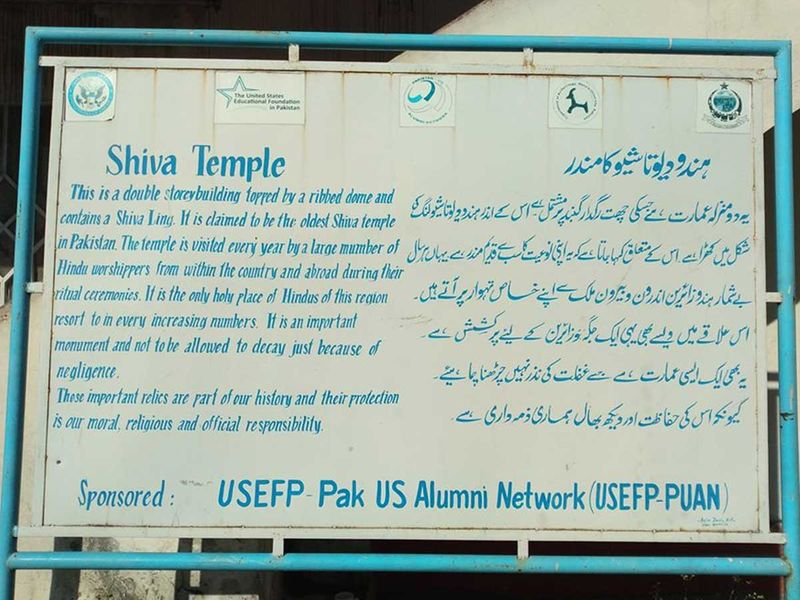 Preparations are in full swing to hold the festival at the temple located at Chitti Ghatii (white hamlet) in Manshera.

Reports say that a large number of Hindus, especially from the UK, are also travelling to Pakistan to attend the festivities.

“More than 1500 Hindu devotees are expected to participate in the festival from all over Pakistan,” said Lingham Shiva Temple Chitti Ghatti Mansehra Priest Darshan Lal.

The temple started celebrating the annual Maha Shivaratri festival 15 years ago with only 200 devotees. Last year around 800 devotees came for the event.

Mansehra Shiv Temple is one of the oldest temples in the country still in existence in Pakistan. It dates back to at least 2000 years.

In 1947-48, it was forcibly seized by some local land mafia group who illegally occupied the local property of weaker folk and they also sealed up the temple on this site, covering about an acre or more of land close to Chitti Gatti village.

From 1948 to 2008 the Shiv temple remained sealed, abandoned and out of bounds to local or any other Hindus.

The temple had several very significant and unusual features, including the famous ‘Durga cave’ up on a hill beyond it, where there was a small cave with a freshwater spring bubbling out of the ground.

The temple has one of the oldest and biggest ‘Shiva Lingam’ idols anywhere in this region.

Though exact numbers are unavailable, the Pakistan Hindu Council says that there are more than 8 million Hindus currently living Pakistan.

They constitute about 4 per cent of the population of 220 million.