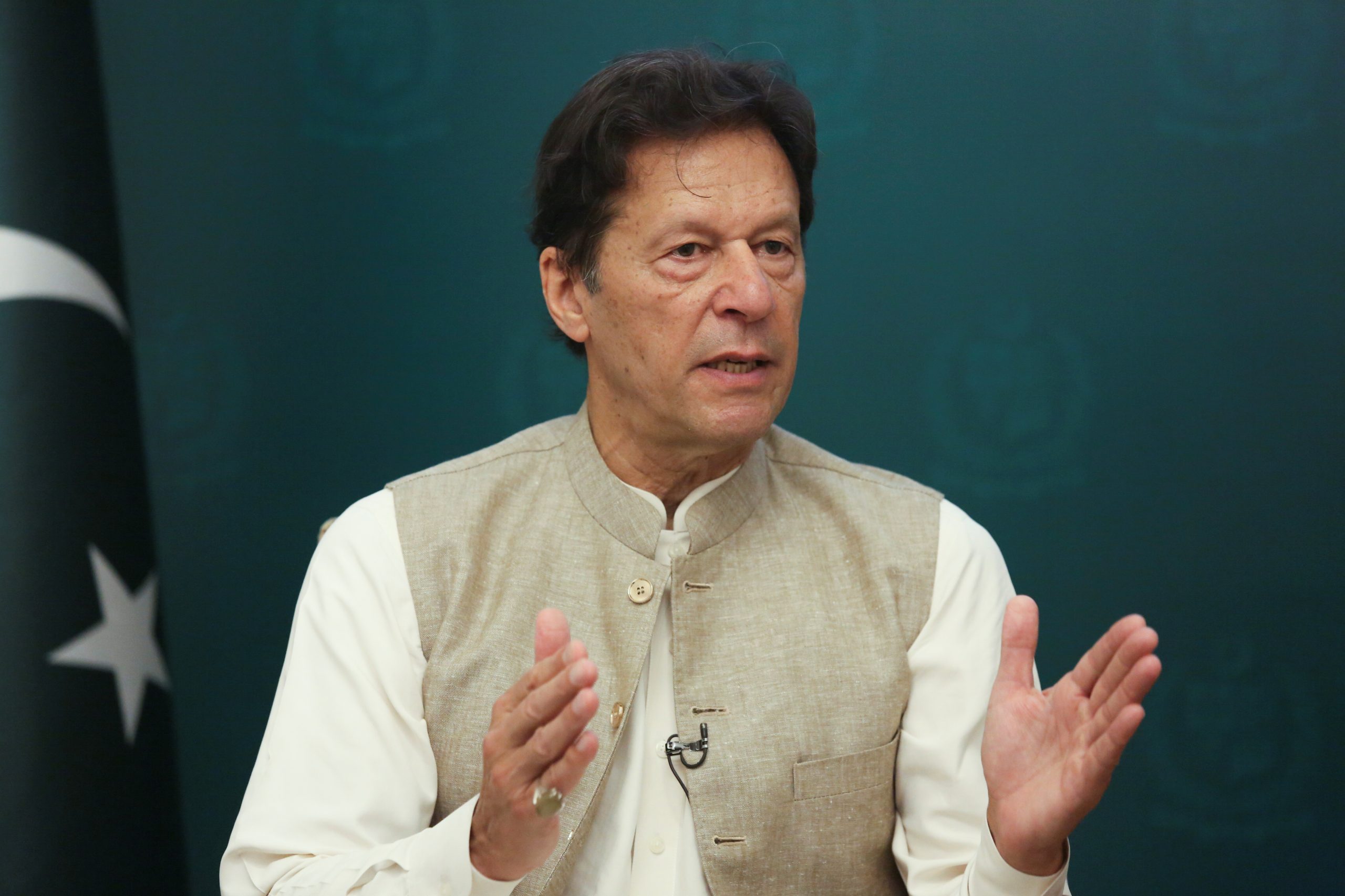 It focuses on boosting the country’s flagging economy and its standing in the world, unlike the previous one-dimensional security policy deeply rooted in the development of military capabilities.

Inclusive growth was needed but Pakistan had to go after loans from institutions like the International Monetary Fund, he said, lamenting that the country never had a plan to secure itself economically.

“The concept we have now brought to Pakistan is to make sure of the uplift of the vulnerable segment,” he said and added that his government had taken steps like introducing health cards for the welfare of the poor.

Khan said the rule of law was also important for prosperity and progress.

The prime minister explained that the National Security Policy 2022-2026 centres on the government’s vision, which believes that the security of Pakistan rests in the security of its citizens.

“Any national security approach must prioritise national cohesion and the prosperity of people while guaranteeing fundamental rights and social justice without discrimination. To achieve the vast potential of our citizens, it is necessary to promote delivery-based good governance,” he said.

He also highlighted the importance of the policy’s successful implementation and announced that the National Security Committee will regularly review progress.

He said the policy articulates a citizen-centric framework, placing economic security at its core and seeking a “secure and economically resilient Pakistan”.

Khan said Pakistan, since its evolution, has had a one-dimensional security policy where the focus was on the military.

“For the first time, the National Security Division has developed a consensus document which defines national security in a proper way,” he added.

Khan in his speech on Friday (14) likened Pakistan’s armed forces with glue to keep the nation united and pledged more support for them in the days to come.

“Our armed forces are our pride and glue the nation together. Given the threats we face in the region, and the growing threat of hybrid warfare, they will continue to receive even greater support and importance,” Khan said.

The powerful army, which has ruled Pakistan for more than half of its 70 plus years of existence, has hitherto wielded considerable power in the matters of security and foreign policy.

The five-year-policy document which took seven years to prepare is being propped up by the Khan government as the country’s first-ever strategy paper of its kind.

“We need to realise that our biggest security is when the people become stakeholders and stand up for the country. And this can be achieved through inclusive growth. We need to develop as a nation, not in sections,” Khan said.

The main themes of the policy are national cohesion, securing an economic future, defence and territorial integrity, internal security, foreign policy in a changing world and human security.

Khan also said the primary objective of Pakistan’s foreign policy and military might was to keep peace in the region.

“The foremost aim of our foreign policy and military capability will remain peace and stability in the region and beyond,” he said.

On the foreign front, the new policy highlights disinformation, Hindutva, and the use of aggression for domestic political gains as key threats from India, the Express Tribune newspaper reported.

The report, quoting national security adviser Moeed Yusuf, said the policy places the Jammu and Kashmir issue at the core of the bilateral relationship with India.

Yusuf said the document was finalised after full civil and military consensus.

Earlier, Yusuf said the policy had been in the making since 2014 and all stakeholders were taken on board before its finalisation, adding that it would be updated after every five years.