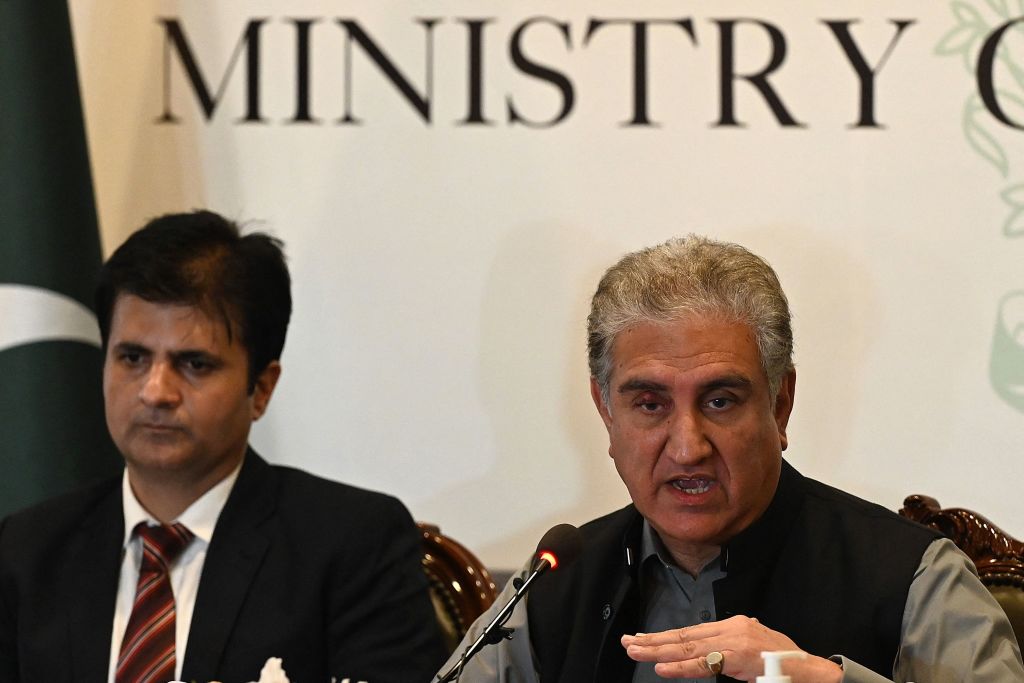 The minister said an investigation showed there was a “nexus of Indian RAW and Afghan NDS” in the attack, referring to the two countries’ intelligence agencies.

The July 14 blast hit a bus carrying workers to a dam construction site in northern Pakistan. Two Pakistani soldiers were also among the dead.

An Indian government official denied the charge and said Pakistan has made similar accusations repeatedly in the past.

The Afghan foreign ministry could not immediately be reached for comment.

Qureshi, addressing a news conference in Islamabad together with the head of the investigation team, said Pakistan had data evidence to back its determination that the intelligence agencies from the two neighbours were involved.

“As per our investigation the Afghan soil was used for this incident… about its planning and its execution, we’re seeing a clear nexus between NDS and RAW,” Qureshi said.

The TTP denied it carried out the attack.

The deputy inspector general of counter-terrorism police of Khyber Pakhtunkhwa province, Javed Iqbal, who was in charge of the probe, said the attackers rammed an explosive-laden car into the bus.

“Around 100/120 kg of high explosive was used in the car bombing,” Iqbal said, adding that forensic examination of the suicide bomber’s remains showed he was not a Pakistani national.

Video footage, cell phone data analysis, investigation of local handlers and facilitators, and forensic examination of the car used in the bombing all revealed that the TTP in Afghanistan had planned this attack, he said.

“Senior officers of the RAW and NDS were directing them in Afghanistan,” Iqbal added.

Pakistan and India are longtime arch-rivals and frequently trade accusations – which both sides deny – that the other country is behind attacks.

Pakistan originally blamed a mechanical failure for the blast but later said traces of explosives were detected and that it could not rule out an attack.

Chinese premier Li Keqiang urged his Pakistani counterpart last month to hold the culprits accountable in what he called a terrorist attack.

Chinese investigators have been involved in the probe, Qureshi said.

Beijing is investing over $65 billion (£47b) in infrastructure projects in Pakistan as part of the China Pakistan Economic Corridor (CPEC) under its wider Belt and Road initiative.

“China is firmly opposed to all forces that use terrorism as a means to get geopolitical benefits,” a Chinese foreign ministry spokesperson said in a statement.

A Chinese tabloid run by the ruling Communist Party’s official People’s Daily called the bus blast the most serious attack on Chinese nationals in recent years.