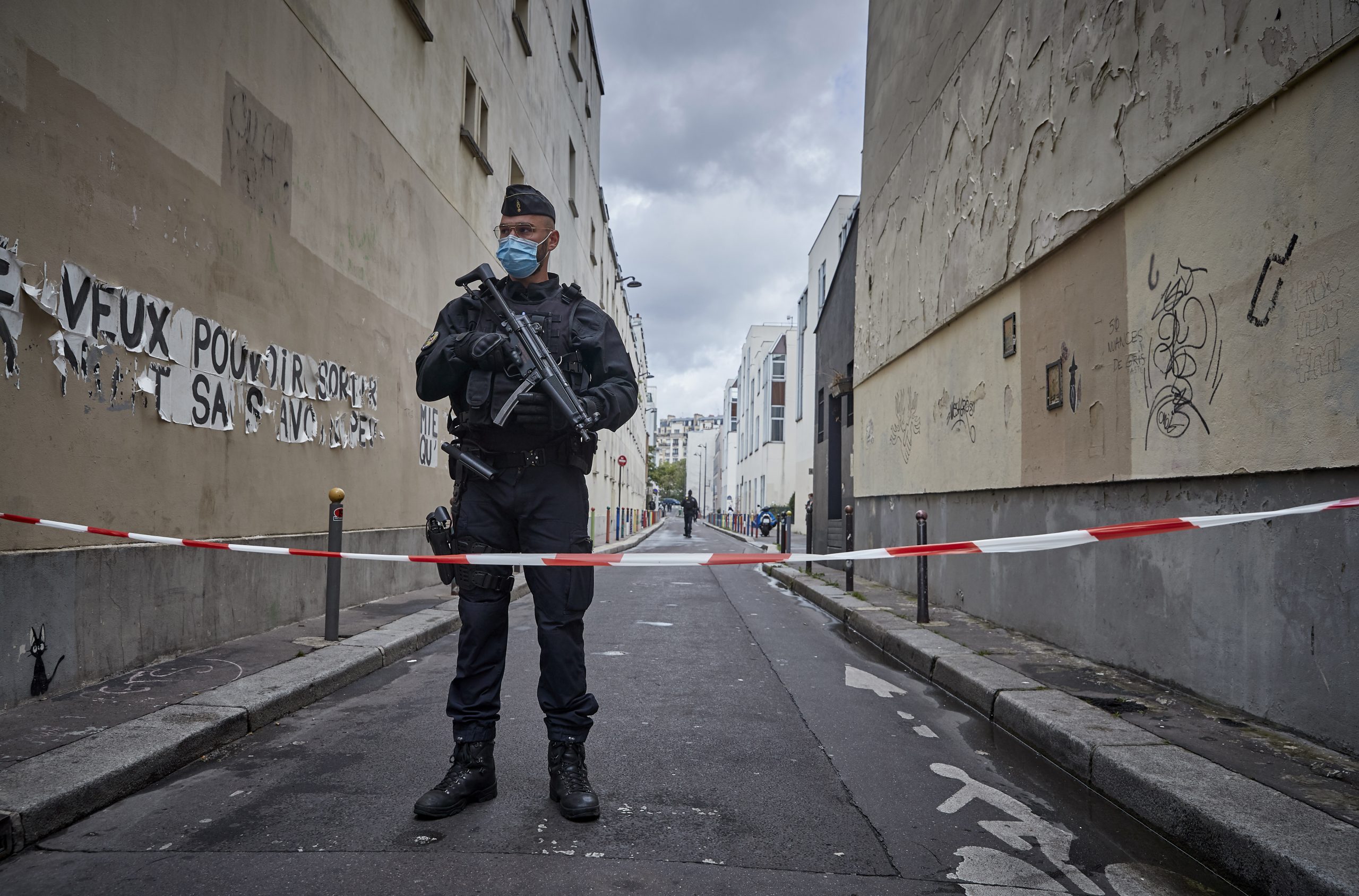 Armed police secure the area of around the former Charlie Hebdo headquarters, and scene of a previous terrorist attack in 2015, after two people were stabbed on September 25, 2020 in Paris, France. (Photo by Kiran Ridley/Getty Images)

A man armed with a meat cleaver wounded two in Paris on Friday (25) outside the former offices of satirical weekly Charlie Hebdo before being arrested by police, three weeks into the trial of suspected accomplices in the 2015 massacre of the newspaper’s staff.

France’s PNAT specialist anti-terror prosecution office said it has opened a probe into charges of “attempted murder related to a terrorist enterprise” as well as “conspiracy with terrorists.”

Charlie Hebdo has angered many Muslims around the world by publishing cartoons of the prophet Mohammed over the years, and in a defiant gesture reprinted some of the caricatures ahead of the trial.

Twelve people, including some of France’s most celebrated cartoonists, were killed in the attack on Charlie Hebdo by Islamist gunmen on January 7, 2015.

A large meat cleaver found near the scene is believed to have been used by the attacker.

Prime minister Jean Castex, visiting the scene, said the lives of the two victims “are not in danger, thank God”.

The Premieres Lignes news production agency said the wounded were its employees — a man and a woman taking a cigarette break outside.

“They were both very badly wounded,” the founder and co-head of Premieres Lignes, Paul Moreira, told AFP.

Another employee, who asked not to be named, said he heard screams.

“I went to the window and saw a colleague, bloodied, being chased by a man with a machete.”

The company specialises in investigative reports and produces the prize-winning Cash Investigation programme.

Paris prosecutors said the “main perpetrator” was arrested not far from the scene of the crime.

According to PNAT head Jean-Francois Ricard, the suspect was an 18-year-old man. Initial indications are that he was born in Pakistan.

A second person, aged 33, was arrested later and held for questioning to determine possible links to the “main perpetrator,” said Ricard.

Five schools in the area went into lockdown for several hours after the attack, and half a dozen nearby metro stations were closed.

“Around noon we went for a lunch break at the restaurant. As we arrived, the manager started shouting ‘Go, go there is an attack…’ We ran to lock ourselves in our shop with four customers,” Hassani Erwan, a 23-year-old barber, told AFP.

In a Twitter post, Charlie Hebdo expressed its support for “the people affected by this odious attack.”

They were victims of “fanaticism” and “intolerance”, Charlie Hebdo said, calling the main suspect and his possible accomplice “terrorists”.

The stabbing came during the trial of 14 alleged accomplices of brothers Said and Cherif Kouachi, the perpetrators of the 2015 attack on Charlie Hebdo that was claimed by a branch of Al-Qaeda.

A female police officer was killed a day later, followed the next day by the killing of four men in a hostage-taking at a Jewish supermarket by gunman Amedy Coulibaly.

The trial has reopened one of the most painful chapters in France’s modern history, with harrowing testimony from survivors and relatives of those who died.

The magazine received fresh threats from Al-Qaeda this month after it republished the controversial cartoons.

More than 100 French news outlets on Wednesday called for continuing support for Charlie Hebdo against what they described as the “enemies of freedom”.

The trial, which opened on September 2, was suspended on Thursday after accused Nezar Mickael Pastor Alwatik fell ill in the stand.

When it resumed on Friday, an intelligence officer told the court that it was a “huge regret” that his services had been unable to prevent the 2015 attacks.

“Every attack felt like a failure for all of us,” the officer said from behind an opaque screen set up to hide his identity.

He acknowledged that the perpetrators had attracted the attention of security forces years before the attacks, but that surveillance was dropped in 2014 after “we didn’t detect any willingness on their part to act”. 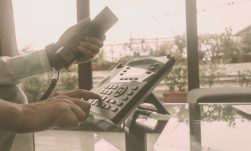 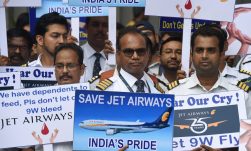 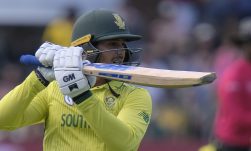