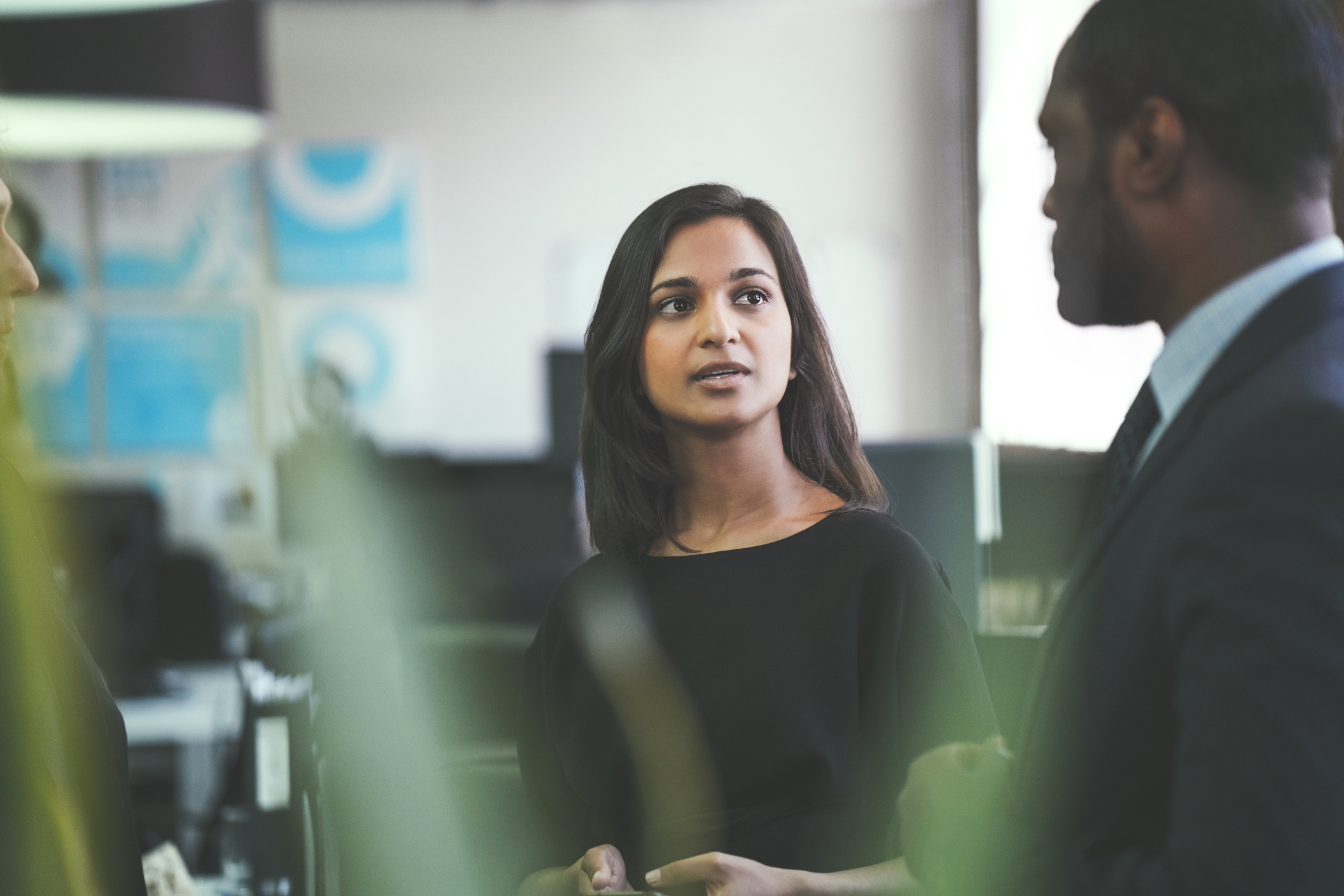 BUSINESSES will lose out in a “war of talent” unless they invest in Asian and black employees, senior corporate executives have been warned.

The inaugural GG2 Women of Colour (WoC) conference cautioned that companies would be left behind if they did not hire enough ethnic talent.

Panellist Sanjay Bhandari, chairman of anti-racism sports body Kick It Out, said firms needed to acknowledge the dangers of dismissing people of colour. “It is all about the war on talent and more of that talent is now of the generation that are demanding (diversity and inclusion),” Bhandari said.

Andrew Pearce, managing director of multinational consultancy company Accenture, shared similar sentiments. “I think the companies that do not (prioritise representation) will be left behind and they will suffer,” Pearce said. “The next generation expect an inclusive workplace that reflects society, and in a world that is a war for talent, they will miss out.”

“Lack of representation in leadership”

Opening the event, AMG’s executive editor Shailesh Solanki said the pandemic’s disproportionate impact on ethnic minority communities had exposed “the sharp reality” of the inequities still existing in British society and in places of work.

He referred to a 2020 report by McKinsey which revealed that women – especially those of colour – were more likely to have been made redundant or furloughed during the Covid-19 crisis.

“The sad reality is black and Asian women face more barriers to advancements than most other employees,” Solanki said. “Leaders of large organisations need to do more to address this imbalance and tackle head on the real inequities women face in the workplace – whether it is in recruitment or barriers to progression, organisations must work harder to support and nurture disadvantaged groups.”

The conference coincided with the release of a new report which revealed women make up just six per cent of CEOs in FTSE 100 companies. The report by the Fawcett Society also showed BAME women are over-represented in entry level and junior positions and “virtually disappear” when it comes to senior management and leadership posts.

For Indian women, the pay gap is 10 per cent, while the figure is 28 per cent for Pakistani women, when compared to white British men. Even when like-for-like backgrounds and job profiles are accounted for, there were still significant pay penalties for BAME women.

The danger of ethnic stereotypes

Attendees at last Thursday’s (9) conference also heard from business psychologist professor Binna Kandola, who urged leaders to “use their eyes” to judge how diverse their organisation is at the top level. “When you’re at a leadership meeting, see how many women of colour are in the room,” Kandola said during his gender pay gap presentation. “Look around and ask yourself, why is (there such a lack of  representation) and then you can start investigating.”

He also warned of the dangers of ethnic stereotypes, cautioning about their prevalence in the workplace. For instance, research has shown Asian women are perceived as quiet and reserved, while black women are typically seen as dominant and angry.

“The same behaviour displayed by different individuals will be interpreted according to stereotypes,” Kandola noted.

A man behaving in an assertive way would be seen as strong and confident, but if  a black woman acted assertively, she could be perceived as angry and hostile. He also said firms should be wary of stereotypes that reinforced the belief that leaders are middle-aged white men, and women of colour could miss out on top jobs due to misconceptions.

Asian women were seen as subservient and therefore, not considered leadership material.

“The same stereotype applies to Asian men too,” he said. “Asian men are stereotypically seen as more female than other men”.

Leaders should ensure they nurture their ethnic talent too, Kandola said. “If you believe that talent is normally distributed, if you aren’t convinced by the moral argument for this, you just have to think, ‘we have so few minorities in leadership roles and that is a huge talent pool for us to start nurturing.”

June Sarpong, the BBC’s director of creative diversity, gave the event’s keynote speech. The GG2 WoC conference is an extension of the GG2 Diversity Conference,
which examines all facets of diversity seen through an ethnic minority lens.