Nushrratt Bharuccha on Sonu Ke Titu Ki Sweety sequel: I am that actor who will be the last one to know - EasternEye

Nushrratt Bharuccha is currently busy garnering praises for her performance in Chhalaang which released on Amazon Prime Video a few days ago. The actress has some interesting films lined-up like Hurdang and Chhori.

A few days ago, when we had interacted with the actress, we asked her about her upcoming movies, to which she told us, “I am going to start shooting for Chhori in November. Hurdang, we still have about 10 days left for the shoot, once we finish that shoot then I can tell you about the release. And I hope that turns out and pans out well because it’s another completely different film and role for me. I had a lot of fun being Jhulan (her character’s name in the film).”

In 2018, Nushrratt starred in Sonu Ke Titu Ki Sweety which was a blockbuster at the box office. A few months ago, there were reports that the makers are planning a sequel to the movie.

When we asked Nushrratt, about Sonu Ke Titu Ki Sweety sequel, she told us, “When I read it, I was like ‘wow’. How interesting! (Laughs) I have no idea about it honestly. It’s only Luv sir, Bhushan ji (Kumar), and all other people associated with Sonu Ke Titu Ki Sweety who can actually tell you if it’s happening or not. Actors are the last people who will know. I mean I am that actor who will be the last one to know. But when they do make it, I am sure they will come and tell me that they are making or ask for my dates.” 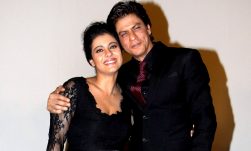 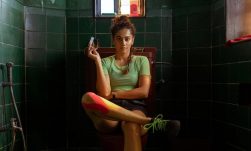 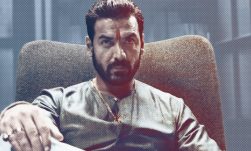 Entertainment
Mumbai Saga trailer: This John Abraham and Emraan Hashmi starrer looks like a treat for the masses