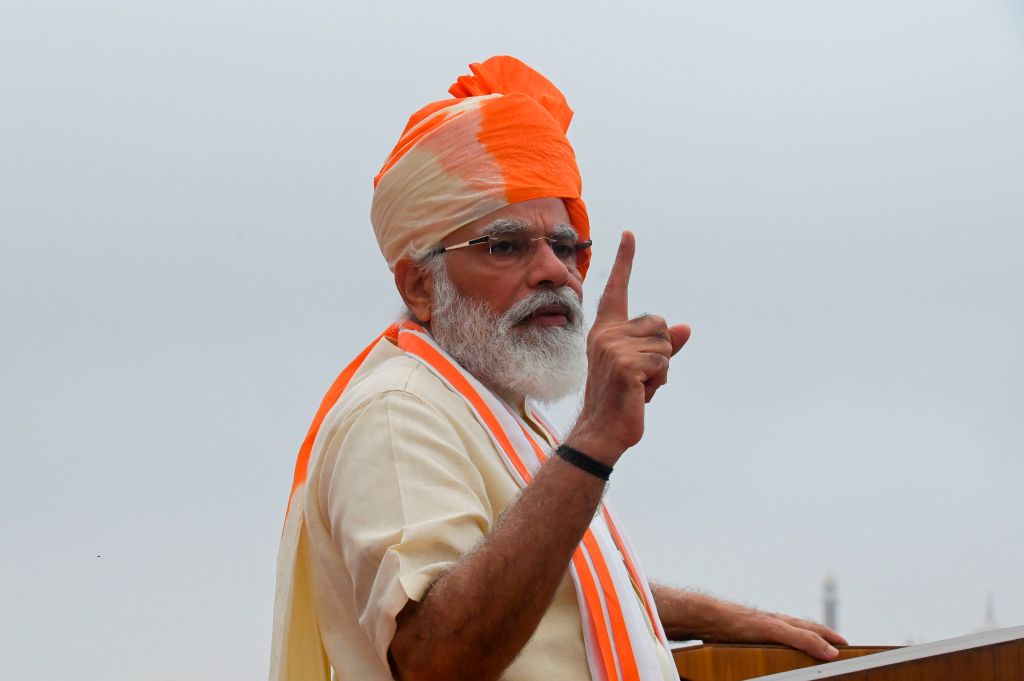 PRIME MINISTER Narendra Modi is changing Indian Kashmir’s residency laws for the first time since 1947, in a bid to snuff out any challenge to the disputed territory belonging to India.

Here’s a look at the new rules are and their implications for the area’s 14 million population.

What has Modi done in Kashmir so far?

The Himalayan former princely state has been split between India and Pakistan since independence from Britain in 1947.

In the Indian-administered part a conflict between separatist rebels and government forces has killed tens of thousands since 1989, mostly civilians. The period also saw an exodus of hundreds of thousands of Hindu Kashmiri Pandits from the state.

Currently, more than 65 per cent of the population is Muslim. In the Kashmir Valley, the main centre of the rebellion, it is close to 100 per cent.

On August 5, 2019, the Modi government revoked articles in the Indian Constitution that guaranteed Kashmir’s partial autonomy and other rights, including its own flag and constitution.

“For decades, Articles 370 and 35-A encouraged separatism, terrorism, corruption and nepotism. There was no benefit to the common citizens,” Modi said at that time.

“Now onwards, the people of Jammu, Kashmir and Ladakh can avail of several developmental opportunities they were denied for decades! This includes access to better education, laws to protect the marginalised sections of society, a life of greater dignity for women.”

A huge accompanying security operation saw tens of thousands of extra troops — adding to 500,000 already there — enforce a siege-like curfew. Thousands were arrested and telecommunications were cut for months.

Jammu & Kashmir state was demoted to a Union Territory governed directly from New Delhi, while the Ladakh region was carved out into a separate administrative area.

Creating such new “facts on the ground” in Kashmir has long been advocated by the Rashtriya Swayamsevak Sangh, the parent organisation of the ruling Bharatiya Janata Party.

The move, however, upset sections of India’s Muslim community and activists, who feared Modi planned to create a Hindu nation — something he and his party have denied.

“What I see unfolding is a Hindu settler colonial project in the making,” Mona Bhan, associate professor of anthropology at Syracuse University who has long researched Kashmir, told AFP.

What happened to Kashmir’s special rules?

Modi’s government tore up Kashmir’s special residence rules dating back to 1927 which had ensured only permanent residents could own land and property, secure government jobs and university places and vote in local elections.

Now a raft of different categories of people from anywhere in India can apply for domicile certificates, giving them access to all the above.

These include those living in Kashmir for 15 years, who include around 28,000 refugees who fled Pakistan and as many as 1.75 million migrant labourers — most of whom are Hindus.

In addition, civil servants who have worked in Kashmir for seven years and their children, or students who have taken certain exams, also qualify for domicile status.

The changes are “the most drastic imposed since 1947,” Siddiq Wahid, a historian and political analyst, told AFP. “It was done with the intent to open the gates to demographic flooding.”

What do locals have to do?

Locals, too, now have to apply for the new “domicile certificates” in order to qualify for permanent resident rights.

To get this, they have to produce their Permanent Resident Certificates (PRC), cherished documents valid since 1927, which then become worthless.

Speaking to AFP on condition of anonymity, an engineering graduate said young Kashmiris were in effect being forced to give their political loyalty to India in exchange for a livelihood.

“They say, you want a job, OK, get the domicile document first,” he said.

Bahadur Lal Prajapati, born in Indian Kashmir to Hindu refugees who fled Pakistan during its first war with India over Kashmir seven decades ago, is finally an official resident and has “never been so happy”.

“We got the right to live in this part of India as citizens after 72 years of struggle,” Prajapati, 55, told AFP from his home in Jammu, the Hindu-dominated district of the region.

One of the first people to receive the new domicile certificate was Navin Kumar Choudhary, a top bureaucrat from the Indian state of Bihar who worked in Kashmir for many years.

Photos on social media of Choudhary proudly holding the certificate sparked huge anger among critics but delight among Modi’s supporters.

What happens if people complain?

Some 430,000 new domicile certificates have been issued — despite the coronavirus pandemic. It is unclear how many of them are to people from outside and how many to locals.

Many locals are refusing to swap their old documents, even though this makes life harder. Some do it in secret for fear of censure from their neighbours.

Wary of being labelled “anti-national” by the authorities, many Kashmiris are also scared to speak out openly. Some are deleting their Twitter accounts.

“It’s a travesty that I have to compete with outsiders for citizenship rights in my own homeland,” said a student — who also wished also to remain anonymous out of fear of problems with the authorities.

A Kashmiri Pandit organisation working for “reconciliation, return and rehabilitation of migrants” welcomed the government’s moves, but sought priority over non-residents and refugees.

“We demand that the government of India must immediately come out with the Kashmiri Pandit Rehabilitation Policy,” the group’s chairman, Satish Mahaldar, recently said in recent a statement.

“We have hopes from this Modi government, but so far nothing has come out on our rehabilitation policy.”