Nandita Das: Film rebel with a cause 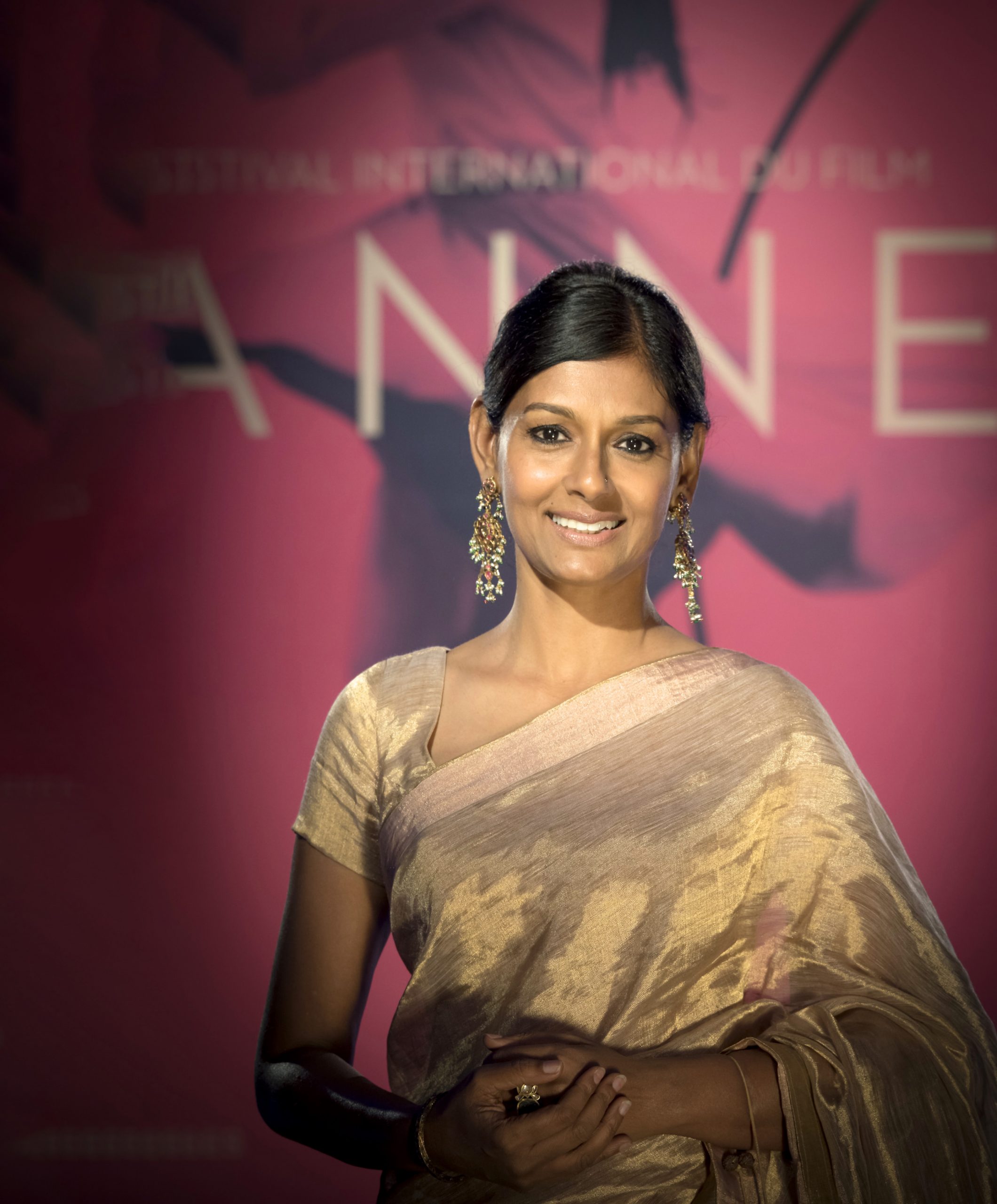 She might have made a name for herself as one of the finest actresses of her generation, but Nandita Das is now more focused on filmmaking.

She has just directed her third movie, which revolves around a delivery rider and stars popular comedian Kapil Sharma in a more serious role opposite acclaimed actress Shahana Goswami.

It continues a creative journey that has included directing acclaimed films Firaaq and Manto, along with delivering memorable performances across multiple languages.

When Eastern Eye caught up with the multi-talented creative at the recent London Indian Film Festival, she was in good spirits and discussed her interesting journey. She also spoke about her new film, being fearless, what makes a good story and the secret of a good performance.

How do you reflect on your cinema journey?
(Laughs) You want me to sum up like 25 years! That’s tough to do. I totally stumbled upon acting. I did my master’s in social work and was working with NGOs. I had no dream, desire, or ambition to act or direct, and stumbled upon it with Fire. Then I started getting more offers but was quite clear I wanted to live in Delhi and not move to Mumbai, where the action was. But I continued doing films, which resonated with me, where the topics, subjects and director’s vision was something I was interested in.

You immediately made interesting choices as an actor…
My social work background probably influenced me. My own interest in social justice and human rights impacted choices I made in films as an actor. I did a few more mainstream films, whether it was Aks or Pitaah. Then I realised that India is not just Mumbai and Hindi films. I have now done more than 40 films in 10 different languages.

You have always been rebellious?
I mean I rebelled as a natural state of being. My father is a painter, and my mother is a writer, so I didn’t really have a reason to rebel because when you do what you really are driven by or you’re leading a life on your own terms, then you really aren’t rebelling. It’s others who tell me, ‘my God you made such different choices’, or ‘it must be tough to resist the temptation of getting into Bollywood’. But I actually didn’t feel any war inside me and just did what I wanted.

So, would you say you’re fearless?
Well, I guess so, but again this is my natural being because I saw my parents doing exactly what they wanted to. They are blunt, open, liberal, inclusive, and secular. I was very fortunate to grow up in a liberal atmosphere, where you just do wh­­at you do and question things you do­n’t agree with. I guess some of that fe­a­r­l­e­ss rebellious quality is in your bones, and blood, so you don’t see it the same way.

What’s the bigger passion today – acting or filmmaking?
It’s kind of moving towards filmmaking. I did my first film Firaaq, which was about the Gujarat riots and the aftermath of it. For me, it was like a more human story than political. Of course, people start giving it more political colour, but for me it really was more about human fears and human prejudices. The lingering effect of any form of violence. Then I didn’t do a film for 10 years. I did Manto in 2018. I started researching from 2012, so it took me six years and was completely a different subject.

You have completed your third film ea­r­lier this year about a food deli­v­ery ri­der with Kapil Sharma in the le­ad role. Is this your most commercial film?
No, just because I did Earth with Aamir Khan, it didn’t become a commercial film. Yes, Kapil Sharma is there, but it’s not a comedy or a ‘commercial’ film.

What made you take a comedy icon like Kapil Sharma and put him in that more serious space?
To be honest, I had never seen his show. I haven’t had a television for the last seven years. I knew ab­out him, but I thought his face was ki­nd of that of a quintessential common man.

What led you towards casting him for the movie?
Something sort of came up on my Instagram when I was casting. I started watching him and there was something very natural, effortless, and vulnerable about him. That’s the kind of character I wanted. I just sort of literally on an impulse reached out to him and he replied. We met and just through my conversations with him I felt he’d be right for it. There was no commercial consideration. Of course, when you do any story, whether it’s Firaaq, Manto or this, you want to reach out to people. You take people for their talent and being right for the character. If they can get more eyeballs that is definitely a bonus, but not the driving force.

Is it easier for female directors to get films made or still a challenge?
It is a challenge because it’s largely a male dominated industry. Things are changing. From 2008, when I did Firaaq, till now there are many more women filmmakers and other women behind the camera in different roles. Like for the first time I worked with a woman focus puller. In my 40 films as an actor and two films as a director, I had never worked with a woman focus puller. I just worked with a sound engineer who was a woman. It was refreshing, but why aren’t there more female sound engineers? I do seek out female talent. In this film, my art director, costume designer, and editor are all women. So, there is more than before, but we still have a long way to go.

What according to you makes for a good story?
I think a good story is something that really comes from within and something you care about. You are not making it for anybody necessarily, thinking about whi­ch audience or how to make it work (commercially). You’re not looking at all of that. It’s something you are personally impacted by. Personally, doesn’t mean it has to be in your life. It could be something you ca­re about, and care about wanting to know.

Is that the case for your new film?
Yes, like this food delivery rider’s story was actually going to be part of an anthology and a 20-minute story. Then that anthology fell through and the producers said, we really like your story and want to expand it. I said no, it’s just right for 20 minutes. I hadn’t really gotten so deep into it to make a full film. They kept nudging me and the more I delved into it, I was like ‘yeah, this is new India, and we need to know about these nameless, faceless people who are giving us food in 20-30 minutes’. They have been just made so invisible. I was like this is an urban new India story.

It seems like it has impacted you…
Yes! Now everybody on my team always tells me, ‘we notice them (delivery riders) so much more and give them five stars very easily’. I talk to them, look at them, and smile at them. We want to humanise them for the audiences. If my film could just make them a little more visible, then I will be happy with it.

In terms of acting, what is the secret of a good performance?
What does a director do? When people come out of a film they will praise the acting, cinematography, music or whatever. It’s like an orchestra where all the instruments like the violin, cello, and flute are important, but you need a conductor. It’s that collaboration that brings in a great performance. The cinematography, editing, costume, acting or whatever is finally the director’s vision, and you collaborate.

Tell us more about that process?
When you see an actor’s performance you don’t know how much of the
contribution is of the director and the actor. In a play, there’s nothing between the performance and the audience. You are the vessel and carrying it, whereas in a film you can edit. I mean I could take your worst or best take. I can remove all your mistakes in your performance and make you look better than you are. So, the mark of a good performer really is who is true and honest to the character in the moment (but the director plays a major part).

Do you have a dream role?
No, I’m not really focusing as much on acting now. I think any character or role can be interesting, but it’s finally a director’s medium. If the director portrays that character truthfully, in a layered nuanced way, then any character can be fantastic. So, there isn’t anything specific like wanting to portray a queen, beggar, serial killer or whatever. It’s about how nuanced and layered any character is. In a film, a performer is really dependent on the filmmaker because finally what you show of the performer is what really counts.

You are a hero to many, but who is your hero?
There is no one hero. I have many heroes and heroines, like people who I am deeply inspired by. I think those people who really have deep convictions, have a fearless way of living, walk their talk, and really live what they believe in are my heroes.

Why do you love cinema?
It tells you about life and makes you travel. It looks at your own prejudices, and fears. It’s cathartic. It’s emotional. You don’t even know how in a subliminal way it impacts you. That is why, even though you know it’s all make-believe, you get drawn into a good film because it’s so true to life. Each person reacts to the same film in a different way, and that’s the power of cinema. A well-made film with a good story can touch people in a much deeper way than we imagine. That’s why conservatives are always scared of art because they know that it can really enter your mind and heart.

Is there any film that has impacted you?
Oh yes, many. I wouldn’t like to say one or five names because over the years many films have impacted me. I feel we are a product of what we read and watch, and people we meet. I think that’s what makes us. All of us over the years – why do we change, wisen up, become more vulnerable, stronger or whatever? It’s because of all these different influences. I think art plays an important but a kind of an invisible role in our lives. I mean imagine a world without art.