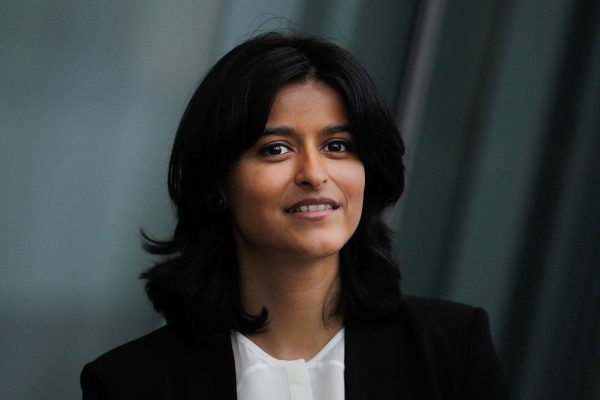 Munira Mirza, the Downing Street head of policy, worked with Johnson for 14 years, from the time he was the mayor of London.

He previously named Mirza as one of the five women who most inspired him.

She was one of Boris Johnson’s closest advisors, having joined him at City Hall and later, Downing Street, as the head of its policy unit.

British Asian Mirza was the deputy mayor for culture and director of arts, culture and the creative industries when Johnson was the mayor of London (2008- 2016).

In her resignation letter to Johnson, she wrote, “I believe it was wrong for you to imply this week that Keir Starmer was personally responsible for allowing Jimmy Savile to escape justice. There was no fair or reasonable basis for that assertion. This was not the usual cut and thrust of politics; it was an inappropriate and partisan reference to a horrendous case of child sex abuse. You tried to clarify your position today but, despite my urging, you did not apologise for the misleading impression you gave.”

In parliament on Monday (31), Johnson aired a conspiracy theory prevalent among far-right groups that Labour leader Sir Keir Starmer had personally failed to prosecute veteran TV host Jimmy Savile, who died in 2011 aged 84. Savile was accused of being a paedophile.

Starmer, a former lawyer, was director of state prosecutions in England and Wales from 2008 to 2013. Under his watch, police decided not to press charges against Savile despite widespread suspicions about his behaviour.

Starmer was not personally involved in the decision, and he accused Johnson of “parroting the conspiracy theories of violent fascists to try to score cheap political points”.

Johnson belatedly tried to backtrack late on Wednesday (2), after strong criticism from Conservative MPs, sections of the media and a lawyer representing victims of Savile.

But Mirza said that did not go far enough.

“There was no fair or reasonable basis for that assertion,” she wrote in her resignation letter, according to the Spectator magazine.

Johnson’s remark in parliament “was an inappropriate and partisan reference to a horrendous case of child sex abuse”, she said, noting that the prime minister had yet to apologise.

She added in her letter, “I have served you for fourteen years and it has been a privilege to do so. You have achieved many important things both as prime minister and, before that, as Mayor of London. You are a man of extraordinary abilities with a unique talent for connecting with people. You are a better man than many of your detractors will ever understand which is why it is desperately sad that you let yourself down by making a scurrilous accusation against the Leader of the Opposition.

“Even now, I hope you find it in yourself to apologise for a grave error of judgement made under huge pressure. I appreciate that our political culture is not forgiving when people say sorry, but regardless, it is the right thing to do. It is not too late for you but, I’m sorry to say, it is too late for me.”

Mirza is an Oxford graduate from a working-class, northern background. She grew up in Oldham, attended local schools – her father was a factory worker and her mother taught Urdu part time, according to reports.

Mirza was previously a member of the now-defunct Revolutionary Communist Party and more recently, was a leading proponent of Downing Street’s “culture wars” attacking “woke” thinking.

Downing Street confirmed her departure, saying Johnson was “grateful for her service and contribution to government”.

Asked about Mirza’s departure, chancellor Rishi Sunak told a news conference she was a “valued colleague”.

“Being honest, I wouldn’t have said it and I’m glad the prime minister clarified it,” he said of Johnson’s comments on Savile.