THE legendary Muhammad Ayyub MBE founded the British Asian music industry and devoted more than 50 years towards it in different ways. While he released commercial songs that influ­enced, inspired and shaped dif­ferent generations, he remained connected to his Muslim roots with spiritual music throughout his life. His many landmarks in that regard included discovering the great Ustad Nusrat Fateh Ali Khan and releasing music by the most magnificent Sufi artists of all time. He currently hosts a weekly religious show on Islamic channel Takbeer TV. In a Ramadan special, Eastern Eye got Muhammad Ayyub to choose 10 spiritual releases close to his heart. He said: “Most of the music I have selected, in no par­ticular order, are connected to my childhood in some way or have made a lasting impression.” Wohi Khuda Hai by Ustad Nus­rat Fateh Ali Khan: The late great maestro sang this in such a way that it enabled the listener to understand how they feel about the Almighty. There is so much feeling in his vocals. Ajj Sik Mitran Di by Azam Chishti: These are the words of a great Sufi saint from centuries ago. When I was a child, he was the only one being played every­where on the radio. I also have fond memories of listening to it live as a child in my hometown in Gujarat. Shah-e-Madina by Saleem Raza and Zubaida Khanum: This is from 1957 Pakistani film Noor-e-Islam. I used to listen to this naat on the radio. I remember as a youngster, we used to listen to it every morning during Ramadan and I think it was almost like an anthem at the time. Muhammad Ka Roza Qareeb Aa Raha Hai by Junaid Jam­shed: This was delivered by Ju­naid Jamshed in his soulful voice after he converted from a pop singer to being a deeply religious naat khawan. He sang this naat and everyone loved it. Agar Kamli Wale Ki Rahmat Na Hoti by Mohd Rafi: When Rafi saab went for Hajj, he was so moved that he sang these naats with such passion that it appealed to everyone including me. Tajdar-E-Haram Ho Nigah-E-Karam by Sabri Brothers: This became an anthem when qawwali was just emerging internationally. You could not listen to qawwali on the radio at the time because each composition was too long, but this track broke that barrier. It was played and performed all over the world, from India to Carnegie Hall in the US. The wording is brilliant in this one. Karam Mangta Hoon by Amjad Sabri: This became an anthem when the late Amjad Sabri started singing it. Everybody loved it and the words are so beautiful that it really touches your heart. Faslon Ko Takalluf Hai Humse Agar by Qari Waheed Zafar Qasmi: When naats were not so popular, Qari Waheed Zafar Qas­mi recited famous ones including this and changed everything. I remember my daughter would listen to it while studying and winning prizes after reciting it. It has a special place in my heart. Allah Hi Jane Kon Bashar Hai by Aziz Mian: The Sabri Brothers were popular, then Nusrat Fateh Ali Khan rose to superstardom and all of a sudden, this altogeth­er different voice emerged, which gained admiration. This compo­sition became a superhit over­night. The wording was brilliant. Mustafa Jaane Rehmat Pe Lak­hon Salam by Fasihuddin So­harwardi: The pioneer was a preacher and wrote some fantas­tic naats. This is widely played in mosques at the end of Muslim congregations as they pray their nazrana to Prophet Muhammed (PBUH). I have been listening to it for the last 40-50 years. Wish­ing you all a blessed Ramadan. 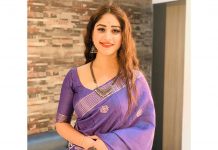