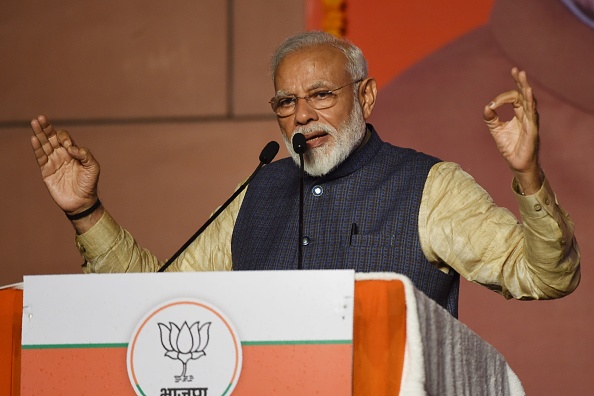 INDIAN prime minister Narendra Modi will hold talks on Friday (24) to form a new cabinet to tackle a stuttering economy and other challenges facing his second term after winning a big majority.

Official data from the Election Commission showed Modi’s Bharatiya Janata Party had won 296 of the 542 seats up for grabs and was ahead in seven more, up from the 282 it won in 2014.

The BJP would have the first back-to-back majority in the lower house of parliament for a single party since 1984. Votes will be fully counted by Friday morning.

After a rancorous and a polarising election campaign, the focus shifts back to an economy that is slowing, even as the US-China trade war rages and global oil prices tick higher.

“While the macroeconomic picture looks stable and promising, many important segments need support from the government,” BJP general secretary Ram Madhav wrote in a column in the Indian Express daily.

“India cannot completely remain insulated from the ongoing trade war between the U.S. and China or the geo-strategic conflict between the US and Iran,” he added.

Later on Friday Modi will meet with his ministers to discuss forming a new cabinet, a government spokesman said.

He has not yet set an inauguration date for the administration, but BJP officials said he was expected to move quickly to put together a new cabinet.

An immediate decision will be whether to keep senior BJP leader Arun Jaitley as finance minister despite his poor health, or assign Railways and Coal Minister Piyush Goyal to the job of leading Asia’s third largest economy.

Goyal, 54, had stepped into the role twice in the Modi government when Jaitley was ill. Goyal presented an interim budget before the election and a full budget is due after the new government takes office.

Despite the dominance of the BJP and its allies in the lower house of parliament, analysts say it does not yet have the numbers in the upper house for tougher reforms such as relaxed labour and land laws sought by the business community.

“But, in the meantime, a chunky capex plan funded by more privatisation and used to build more infrastructure can put growth back on the rails at a time when global growth and trade are slowing,” the Financial Express daily said in an editorial.

Economic growth, which fell to an annual 6.6 per cent during October-December, is at its lowest in five quarters, and other economic indicators signal no relief.

Modi will also need to resolve a liquidity crisis that is slowly gripping India’s shadow banks.

BJP president Amit Shah, who is credited with crafting the political strategy that helped the party retain its base in northern and western India but also advanced in the east, is tipped to be the home minister, a powerful post with control of security and intelligence services.

For the main opposition Congress party, however, the next few days are likely to be tumultuous after yet another poor showing. Party chief Rahul Gandhi, the scion of the Nehru-Gandhi dynasty, lost his seat in a family borough in the northern state of Uttar Pradesh.

“It is astonishing that Rahul Gandhi has not yet resigned as Congress president,” historian Ramachandra Guha said on Twitter.

“Both self-respect, as well as political pragmatism, demand that the Congress elect a new leader. But perhaps the Congress has neither,” he added.