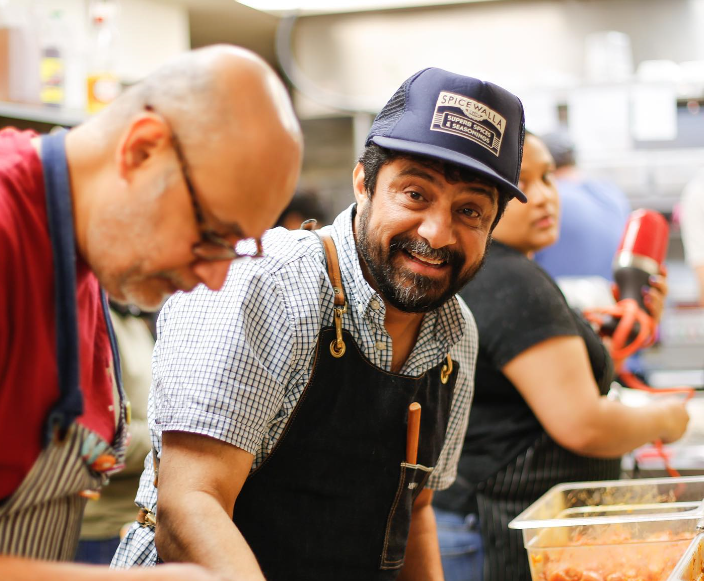 Mehrwan Irani, whose Chai Pani has been declared America’s ‘Outstanding Restaurant’ in the 2022 James Beard Awards, is inspired by Indian street food.

According to the chef and restaurateur, colourful and delicious Indian street food represent the culinary ethos of the South Asian nation.

“The food is much more diverse and interesting than the handful of regional cuisines that have become popular so far,” News18 quoted Irani as saying.

He said Indian food included some of the most painstakingly prepared dishes in the world but the complexity of the curries, gravies, and sauces “is brought down by shortcuts and pre-made ingredients.”

While ‘Sloppy Jai’ is the most popular dish in his restaurants, his own favourite is bhel puri, a savoury snack, made of puffed rice, vegetables and a tangy tamarind sauce.

Irani quit his day job in sales in 2009 to open his first restaurant – Chai Pani, an Indian street food joint in downtown Asheville in North Carolina. The self-taught chef is now opening his fifth restaurant. The New York Times, Wall Street Journal and other major media outlets have written about the restaurants run by the former car salesman whose mother still lives in India.

He credits his business success to the people he works with every day, including his business partner and wife Molly.

Irani and his team were on cloud nine when the James Beard Awards were announced last week.

“We are blown away and completely humbled by this honour. This award is for our whole restaurant family, without whom this would not have been possible”, Chai Pani said on its Facebook page.

“The hard work and dedication from every single person on our team, both past and present. From every back-of-house staff member to every single front-of-the-house staff as well as those behind the scenes, this one is for you!” it said.

Irani said Americans think chilli is the speciality of Indian food, which according to him is wrong. “It was started by the Portuguese. Before this, for thousands of years, Indian dishes were made without many spices,” he said.