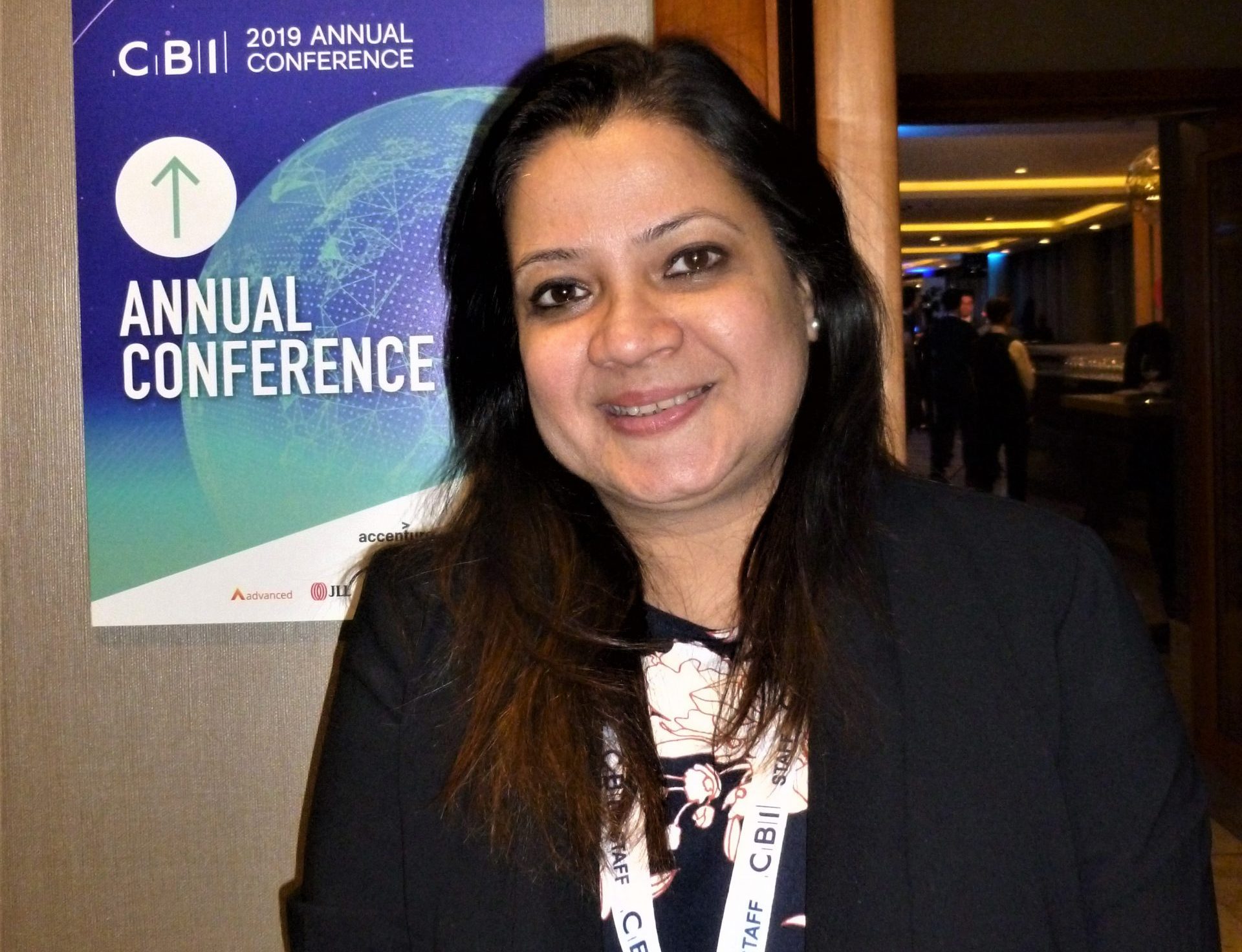 PORTUGUESE footballing legend Cristiano Ronaldo joining Manchester United is not the only uplifting news coming out of the city.

Perhaps less high-profile but possibly a lot more significant is Shehla Hasan’s appointment as the new executive director of the Manchester India Partnership (MIP), an organisation set up to attract Indian investment into Greater Manchester.

After three months, Hasan is adjusting well to life in Manchester, having been recruited from Delhi where she was country head of the Confederation of British Industry (CBI) for more than nine years.

To be sure, after the familiarity of London, Manchester is new to Hasan. “I am still getting used to it, but the people are very nice, very accommodating much warmer and chatty over here,” she told Eastern Eye. “It’s been good as I’ve been finding my way around.”

The CBI had only three overseas offices – in Beijing, Washington DC and Delhi. Hasan would travel to London for its annual conferences, held in 2018 and 2019 in the Surinder Arora-owned O2 Intercontinental Hotel in Greenwich. She has been working in the “UK-India corridor” since 2008.

Before her CBI job, Hasan was based at the British deputy high commission in Kolkata where she worked for UK Trade and Investment (UKTI) and “led on inward investment for eastern and north-eastern India”.

It is estimated that more than 53,000 people of Indian origin live in Manchester. Currently £5 million is being invested to co-curate a new South Asia Gallery at Manchester Museum, due to open next year. “With 500,000 people of Indian origin living across the north of the UK, Manchester is in a privileged position to act as the gateway to the region providing an ideal base to visit places like York, Chester, Liverpool, the Lake District and the Peak District,” according to local statistics.

MIP’s task has been “to unite private businesses, academia and the public sector across India and Greater Manchester to build and strengthen trade, investment, cultural and educational ties”.

Tim Newns, chief executive of MIDAS, has said: “India was the third most active inward investor in new projects in Greater Manchester between 2017 and 2020, creating a total of 15 projects and over 792 jobs. Now, with a fantastic new team in place, I am really looking forward to seeing how the Manchester India Partnership can build on this tremendous success, by deepening existing relationships and leveraging new networks and opportunities in the lead up to the 2030 Free Trade Agreement.”

The MIP brand “has been going from strength to strength”, said Hasan.

“The mayor of Manchester, Andy Burnham, visited India in November 2019. It was a high-profile event and some good connections were established. But two months later all hell broke loose across the world because of the pandemic.

“What the Manchester India Partnership did during the lean period was get a new chair, Simon Arora, the owner of B&M Retail.”

Arora said he was “really excited to take up this role as chairman of MIP. It’s such an integral time in the UK and India’s relationship with the enhanced trade partnership now in place and a clear roadmap ahead. India is a strategic market for Greater Manchester and I’m looking forward to leading MIP’s continued success to further strengthen and deepen ties.”

Joanne Ahmed, a partner with Deloitte and honorary consul general for Japan in Manchester, has become deputy chair. A well-known entrepreneur, Prof Vikas Shah, managing director and CEO of the Swiscot Group, has joined the board.

Hasan added: “We have a good collection of board members. We’ve got the communications director of Manchester airport, and the universities of Bolton and Salford. We are also looking to recruit more, especially from Indian companies.”

She pointed out that 30 Indian companies – such as Hero Cycles, Tech Mahindra and the State Bank of India – already have “footprints” in Manchester.

Hasan identified the sectors suitable for Indian investment: “There are four sectors that Manchester has strengthened and which attract inward investment. They are creative digital and tech; advanced sustainable manufacturing. The third one is legal and professional services, and the fourth is life sciences and healthcare.”

So far India and the UK have yet to agree a bilateral investment treaty, “with most favoured nation clauses and things like that included. So, that’s what we are hoping for.”

Direct flights between Manchester and India will boost business. Jet Airways had announced the new route, but the airline then collapsed. Hasan said Virgin Atlantic was expected to begin services from Manchester to Delhi and Mumbai “by the end of the year”.

Hasan, who is originally from Orissa, was educated in Delhi, at the Lady Shri Ram College for Women and at Jawaharlal Nehru University.

She started her career as corporate news reporter with the Business Standard newspaper, followed by four years at the Indian Chamber of Commerce.

In March 2018, she was included in the list of 11 inspirational women in the UK-India business corridor by the CBI’s counterpart, the Confederation of Indian Industry. Her office in Manchester is in Lee House, “right in the centre, very close to St Peter’s Square and the tram station.”

Of her move to Manchester, she said: “I was always interested in working in the UK. And my girls have grown up – my younger one went to college in Canada. That’s when I thought that I don’t have to do day-to-day parenting. So let me try this opportunity. I was interviewed for it and got the job.”

She was recruited in December last year but did not arrive in London until June when India was still on the “red list”.

She and her husband had to quarantine for 10 days at the Holiday Inn Express near Heathrow.

“We felt the room was slightly small and airless, otherwise they were quite flexible. We could take walks and the food was surprisingly good.”

Hasan said she was expecting 70 to 80 people, including the Indian high commissioner Gaitri Issar Kumar and the mayor of Manchester, for the “in-person” Manchester India Business Summit due to be held on Thursday (9).

Like Ronaldo, Hasan aims to bring good cheer to Manchester but in her case, her goal is to create jobs and prosperity.