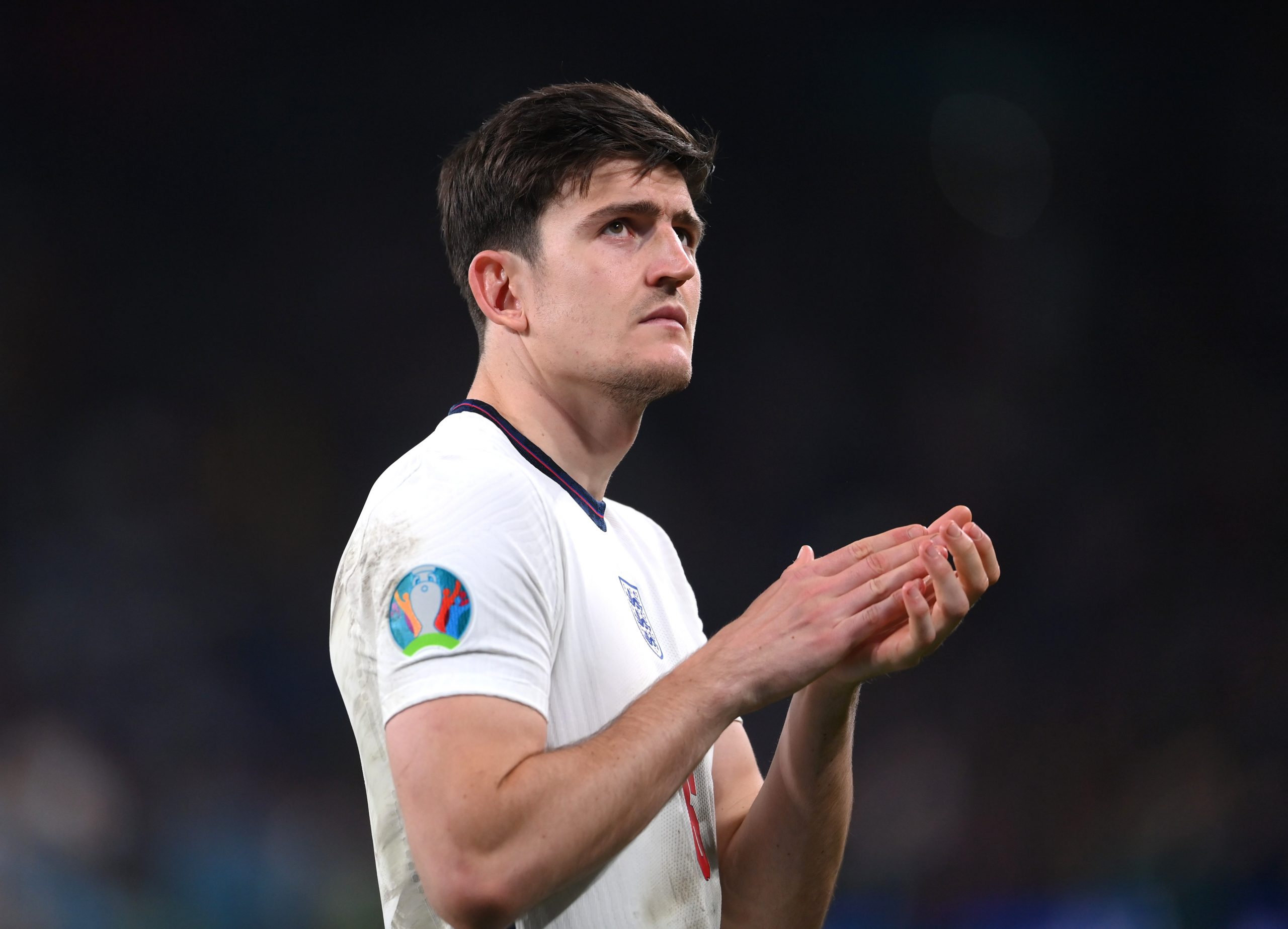 England’s Harry Maguire during the Euro 2020 final against Italy at the Wembley. (Reuters Photo) REUTERS/Laurence Griffiths

ENGLAND defender Harry Maguire said his father was left with rib injuries and struggled to breathe after being trampled by fans during crowd disturbances at Wembley Stadium before the Euro 2020 final against Italy.

Supporters clashed with each other and officials, breached security cordons and charged into the perimeter area of Wembley before the start of Sunday’s (11) game, which Italy won in a penalty shootout.

British police said 19 of its officers were injured while 86 people, including 53 at the venue, were arrested.

“I think he was involved in a stampede and suffered a couple of injuries to his ribs. I spoke to him, he said he was scared,” Maguire told The Sun.

“I don’t want anyone to experience that going to watch football, especially a major final.”

The FA said on Monday (12) it would conduct a full review into the security breach and condemned the behaviour of fans who forced their way into the stadium.