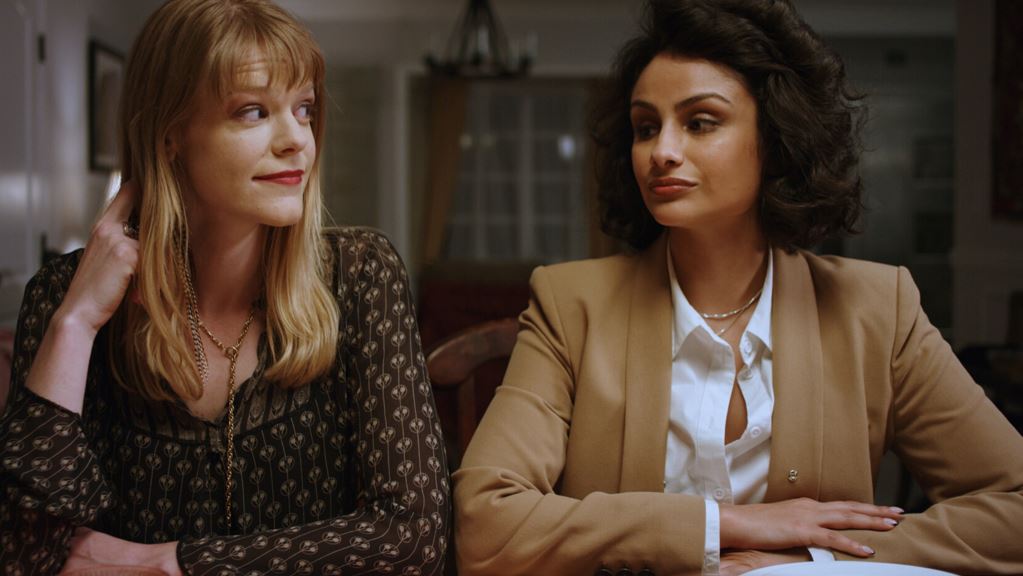 Nazanin Mandi (right) and Callie Schuttera in The Last Conception

UNIQUE comedy film The Last Conception is about an Indian family that is thrown into chaos when the parents reveal they have an ancient royal Buddhist bloodline, which their daughter needs to carry forward, but she has recently come out as gay.

The strong-minded daughter is also unsure if she believes in the family myth, Buddhism or spiritual forces at work, in the laughter-filled film that was recently made available on Amazon Prime.

The film is based on a book by prolific author Gabriel Constans, who has also written the screenplay and is the executive producer.

Eastern Eye caught up with the talented American writer to discuss the journey of his story from novel to a movie.

What inspired you to write original novel The Last Conception?

Experiences of both our daughters with having children and The Da Vinci Code
book, which has a similar plot of a famous spiritual teacher’s bloodline secretly continuing.

Is there anything in particular that drew you towards Indian culture?

It was one of my best friends and her family, and my long-time involvement with meditation that got me connected to Indian culture.

What was it like adapting your novel to a film and how does it compare to
the book?

Screenwriting takes much more showing and not telling, than even the best novel. The Last Conception, as a movie, has a lot of different dialogues and events than the book. It became a romcom, as opposed to a romance alone.

Tell us something about the story?

Dr Sikand hasn’t told her parents that she’s gay, and her parents haven’t told her, and her sister, that they are the last in line of an ancient tradition and family, which started with Siddhartha and Yasodhara.

Who are you hoping will connect with this film?

Desi and south-east Asian communities; as well as LGBTQ individuals, couples and families; and anyone who enjoys unique and entertaining romantic comedies.

Your favourite moment in the movie…

One of my favourite moments in the film is when Jitana-Ji (Kanti Chowdhury) arrives from India and the granddaughters and her daughter-in-law are beside themselves trying to receive her properly.

Is there a key message that you want to convey with this story?

That families come in all shapes, colours, genders, backgrounds, and history, and that love and humour are the best means to get through difficult times.

Why should we all watch the movie The Last Conception?

One reviewer after another has said that it is a wonderful family movie that is unique and provides a very compassionate and humorous look at families and relationships.