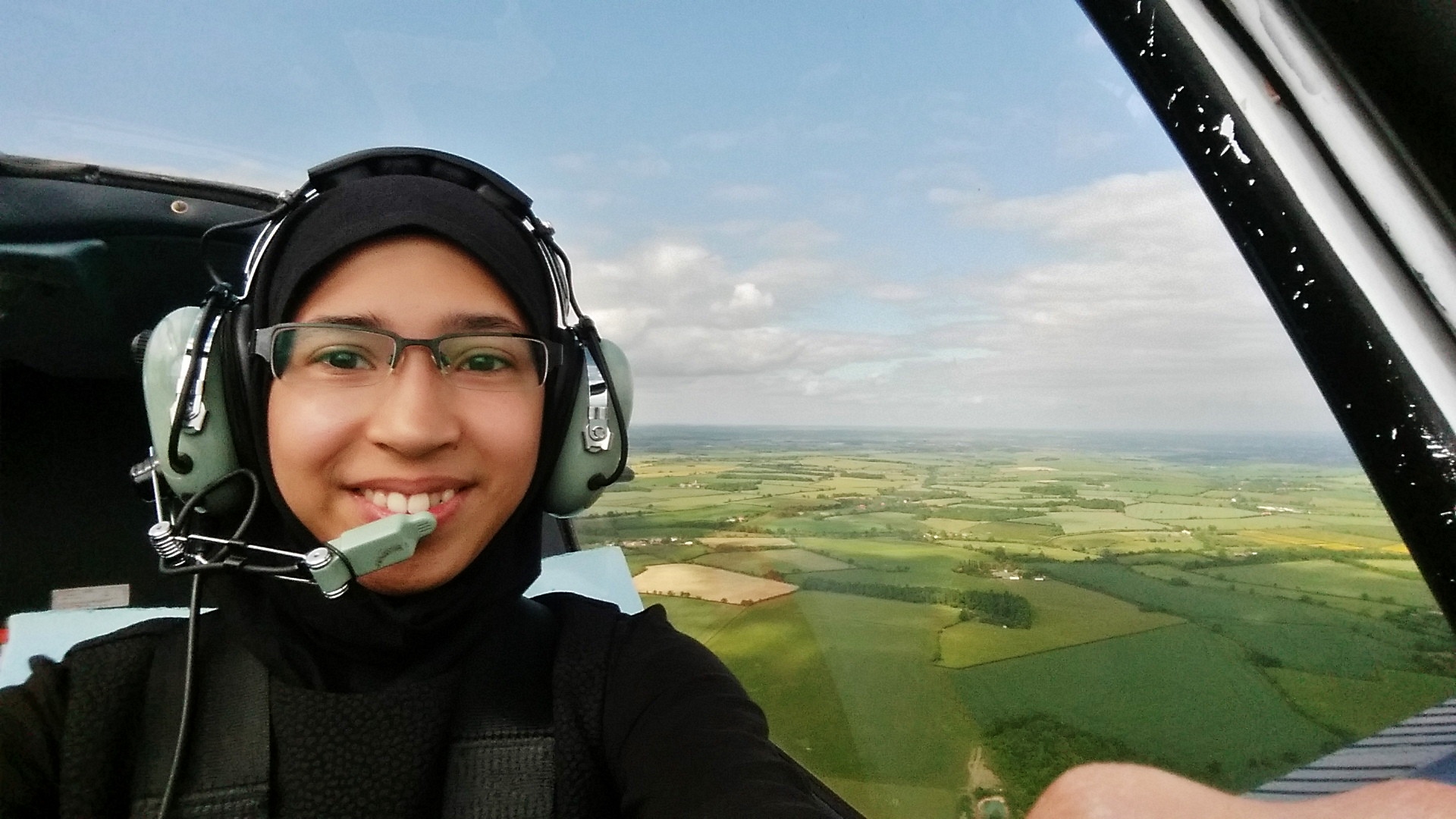 Hania Mohiuddin during her flying lesson in Bulldog aircraft.

ETHNIC minority employees at Leonardo, an aerospace engineering company which employs more than 7,500 people across the UK, said the company’s commitment to diversity has helped them grow and achieve their career goals.

Hania Mohiuddin, who started as a systems engineer, is currently part of Leonardo’s most transformational project, Tempest. It is a combat aircraft designed at lower cost than previous generation fighters.

Mohiuddin said, “It is very rare for someone to view the birth of a brand new aircraft in their lifetime and that is what has happened to me with Tempest.”

She has a different perspective on diversity and explained it is “about more than someone’s cultural or ethnic background; rather it is the understanding they can bring as a whole person”.

Are the company’s views on “diversity” limited to the UK?

Nerys Thomas, head of Inclusion & Diversity told Eastern Eye, “Leonardo is committed to creating an inclusive workplace for all of our people worldwide. Each country has its own initiatives to promote inclusion.”

Anita Broadhead is the head of commercial for the cyber and security business at Leonardo’s Bristol site. She said it is important to raise awareness about people from different backgrounds and cultures.

“My mum is Indian, so as my children grew older, it became important to me to raise their awareness of people from different backgrounds and cultures. If you never experience diversity growing up, you aren’t aware that it exists, which will likely mean you don’t know how to deal with it when you encounter it in later life. People need to feel comfortable with diversity from a young age, so it feels natural to them by the time they are adults,” Broadhead said.

For Rumena Khanam, project manager at Leonardo’s Basildon site, religion has not been a hurdle to her career growth; rather she said, “bigger and better thing can be achieved” through diversity.

“I am perhaps one of few Muslim women in my office, among hundreds of employees. I wear the hijab and dress in a way I am comfortable with, in a majority male environment.

“I am comfortable with who I am and over the years at work, many people have approached me with so many questions. I enjoy the conversation as it is still an opportunity for us to help each other, and I appreciate the curiosity,” she said.

Thomas said: “Leonardo considers applicants from all around the world and if the individual is the best candidate for the role, the company will work closely with them to go through all the necessary government regulations.

“By planning ahead and going through each step with the candidate, a clear picture can be gained. However, the company does have to be mindful that some of its vacancies require full security clearances.”