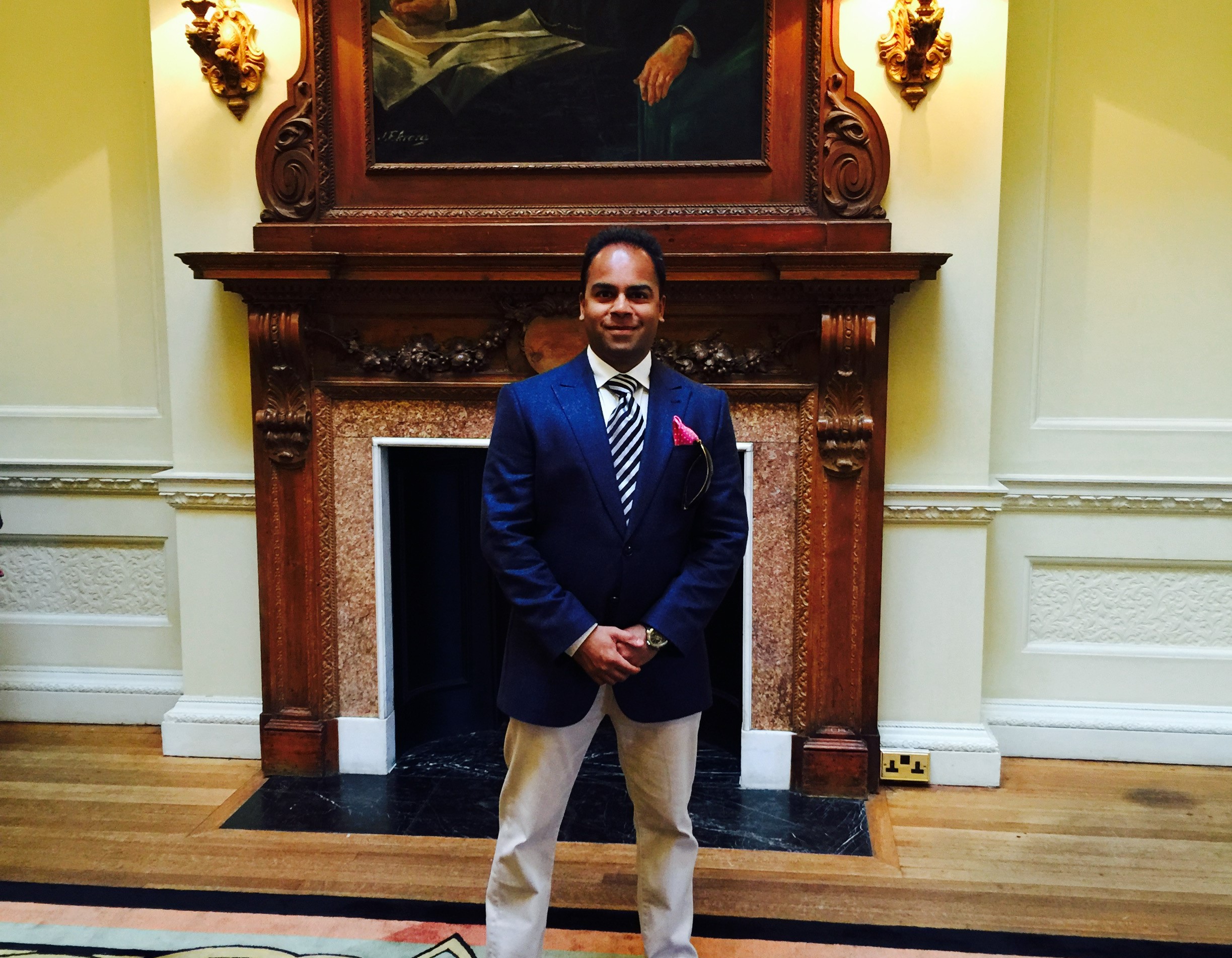 RIGHT CHOICES: Kamal Pankhania is the is the group managing director and chief executive of Westcombe Group, one of the largest private development companies in the UK

A PROMINENT Asian entrepreneur has revealed the secret behind the success of his family’s multi-million-pound business, emphasising the importance of hard work and staff appreciation.

Kamal Pankhania is the group managing director and chief executive of Westcombe
Group, one of the largest private development companies in the UK, known for creating luxurious homes and commercial properties across the country.

Westcombe was founded by Kamal’s father, Vraj Pankhania, who has led the group since its inception more than five decades ago. Kamal and his younger brother Sunil joined the business shortly after they both graduated from university, in 2000 and 2003, respectively.

Their family-run business has a reputation for being London’s foremost developers
of luxury residential properties. The group has won an array of accolades including The Evening Standard’s Best New Conversion award. In 2006, they received the New Homes Award, in the Best Conversion Project category, for transforming Convent Court in Windsor into 64 luxury apartments. Judges described it as an “architectural masterpiece”.

How has the group built and maintained their reputation over the years? Pankhania said it was down to their “tremendous” workforce, with many being employed by them for more than 25 years.

“These are people I’ve known for decades,” he told Eastern Eye. “We’ve got dedicated staff who work with us. We treat them as our family, it is our number one objective. And that is reflected in the quality atmosphere of the working environment. When you’ve got a good working environment, the rest is history.”

The path to success

Vraj Pankhania came to the UK from Kenya in 1968. He became involved in car dealership during his early years of living in London, where he sold and bought motors. An appetite for business grew and he set up the Westcombe group just
two years after he had moved to Britain.

The breakthrough came in 1975 when he acquired his first property in Westcombe
Hill, southeast London. It was successfully restored into a row of elegant mews houses.

Since then, the business has grown with the company converting countless listed
buildings in and around London. Although the primary focus is on the development of premium residential properties, the group has also diversified into hotels.

There are three additional branded hotel developments in the pipeline, including
the group’s brand partners Hilton and Accor in Shoreditch, east London, Heathrow
and Manchester. The group already have an Ibis Styles at Bath Road, Heathrow. The
developments have a gross development value of £300 million coming up across its
multiple projects.

Pankhania’s own journey to success began in Harrow, north London in 1978. The
eldest of his siblings, he recalled a happy childhood, with time spent on building sites, learning the family trade. “Whilst my peers were going on holiday and playing on their Gameboys, filling skips was a normal activity for me when I was 11 years old,” the 43-year-old laughed.

His childhood was focused on academics, he said, although summer holidays meant going away with family. Pankhania put his success down to hard work and an interest in the business, wealth creation and entrepreneurship from the get-go.

“While other people were going out, I was doing the opposite of what the average 12-year-olds were doing those days,” he said. “I am who I am today because of the choices I made from a young age.”

This approach was instilled in him from a young age, with influences from his father, grandfather, and great grandfather. “The whole Pankhania tree is built from bricks and mortars,” he said. His father (whom Pankhania describes as “charming” and “a go-getter”) has been an inspiration and role model.

As a teenager, the young Pankhania considered a career in law and becoming a barrister. He eventually deciding against it, and an interest in banking and finance followed. At university, he studied economics.

“My mind was focused on business and entrepreneurship, and I knew where I would be going after university,” said Pankhania, who graduated from the University College London (UCL) in 2000.

Ultimately though, he realised he wanted to be his own leader. In the year of his graduation, Pankhania joined the Westcombe Group. In the past two decades, he has worked his way up the ranks.

He now runs the company with brother, Sunil, who is the group’s operations director. Although his father has taken a backseat in operations in recent years, he also acts as a director of the group.

Like in any family-run business, there are pros and cons, but the brothers and their father are united in wanting the best for the company. “Sometimes we differ on opinions, but ultimately, the objectives are the same,” Pankhania said. “It can be intense and there are moments when I think I need to go and do my own thing, but family life is so important to me (and) there is always love and affection running throughout relationship.”

Being at the helm of such a successful business is not easy though. Pankhania admits his workdays are typically fast paced and intense. “I live under pressure,” he said. “There are challenges every day, but hard work brings rewards.”

To ensure he keeps a healthy work-life balance, Pankhania credits his fitness routine for helping keep stress at bay. A self-confessed fitness fanatic, he works out at the gym every day.

Being a father keeps him grounded too, he said. He and wife Shraddha (who have been married for five years) have two young daughters – four-year-old Arya and one-year-old Shreya.

Coming home to them makes it all worthwhile, he said. “It’s great when you can come home and switch off completely. It is amazing to see their two lovely faces.”

Charity is at the forefront of the company’s values. The philanthropic arm, the Westcombe Foundation, has sponsored several charitable efforts. This includes The Royal Charity Polo Day (which raised £1 million for Tusk Trust and Sentebale in 2015) and the Hindu Forum’s Diwali celebrations at the House of Commons in October 2017.

The foundation offered support abroad too, in India and Kenya, and also helped to rebuild schools and shelters in Nepal after the devastating earthquake in 2015, which left thousands of people dead.

“I think things like (the Nepal earthquake) have a knock-on effect in your life,” Pankhania said. “You remember your own experience of losing loved ones. I’ve lost two siblings, a cousin and an aunt to cancer over the past 10 years and that affects your mindset, your philosophy and ultimately, what you want in life.”