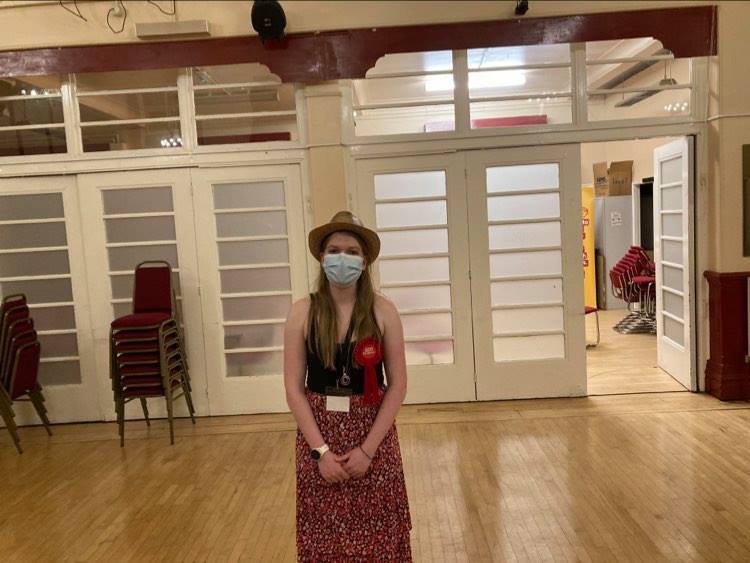 LABOUR has held onto an important council seat in a byelection triggered by a resignation last month.

In early June, Labour’s Sarah Spoor resigned her seat on Wirral Council, saying she was struggling to balance council duties with her family life and job.

This left a vacant seat in the Liscard ward, which will now be taken by fellow Labour member Daisy Kenny after her victory on Thursday (22).

Cllr Kenny received 1,137 votes and defeated five other candidates in the ward, including Conservative Jane Owens.

It is an important win for Labour, as it brings the party’s tally on the council to 30 out of 66 seats.

The result comes after a tough night in May’s local elections for Labour, in which the party lost three seats to the Green Party in the east of the borough despite winning Rock Ferry.

The party also failed to defeat the Conservatives in the marginal ward of Pensby and Thingwall.

Liscard should always have been an easy hold for Labour after the party won the ward with 57 per cent of the vote in May, far ahead of the Conservatives on 26 per cent, the Green Party on 8 per cent, the Liberal Democrats on 7 per cent and Reform UK on 2 per cent.

Although Labour won, the party did see a 3 per cent squeeze in its vote share, with the Lib Dem vote up by 2 per cent and the Conservative vote up by 1 per cent.

The Green Party’s vote share declined from 8 per cent to 5 per cent, with Independent Lynda Williams and For Britain’s Gary Bergin making up the difference, having not stood in the ward in May.

Despite the mild fall in Labour’s vote share, the party can celebrate a victory which helps to preserve its status as comfortably the largest party in Wirral.

Asked how she felt after her victory, Cllr Daisy Kenny said: “Ecstatic. I was only selected about a month ago. I have been out [campaigning] pretty much everyday.

“I went to primary and secondary school here, so it’s really nice [to get elected].”

On her priorities for the ward she has been elected to, the 28-year-old Labour councillor added: “Regeneration for Liscard, funded through the Liverpool City Region, to give more opportunities to everyone, particularly in Egremont.

Cllr Kenny thanked her friends, family and campaign team for the support they have given her and said she looked forward to representing young women on the council.