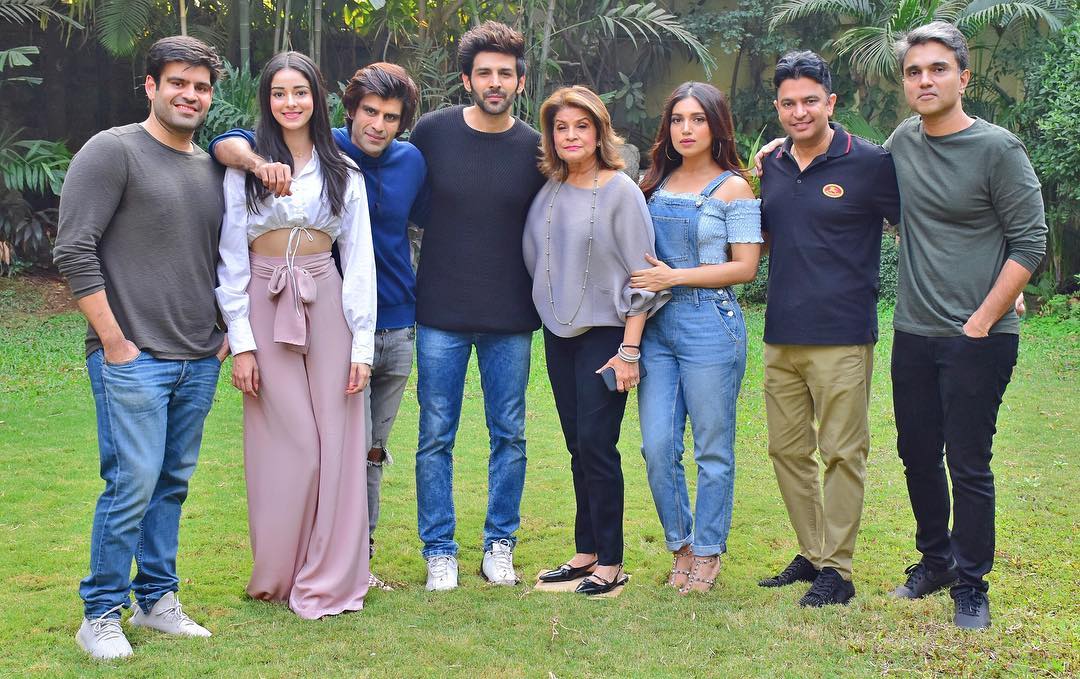 Ananya Panday, Bhumi Pednekar and Kartik Aaryan have been finalized to headline the cast of the forthcoming Hindi film, Pati Patni Aur Woh. The project was officially announced earlier today with the entire cast.

The remake is being produced by T-Series head honcho Bhushan Kumar and late B.R. Chopra’s grandsons Juno Chopra and Abhay Chopra. Filmmaker Mudassar Aziz, who last directed Happy Phirr Bhag Jayegi (2018), has been signed on to helm the project.

Talking about the project, Bhushan said in a statement, “We had a great synergy with BR Studios when we worked on Bhoothnath Returns (2014) a few years ago. We are happy to produce Pati Patni Aur Who with them. Juno, Abhay and Mudassar have given an interesting tweak to the story that matches today’s times. Kartik, Bhumi and Ananya are new age actors who are talented and add their spark to the story.”

Pati Patni Aur Woh is scheduled to hit the shooting floor in February. Though the makers have not decided on any release date yet, the movie may reach cinemas by the end of the year.