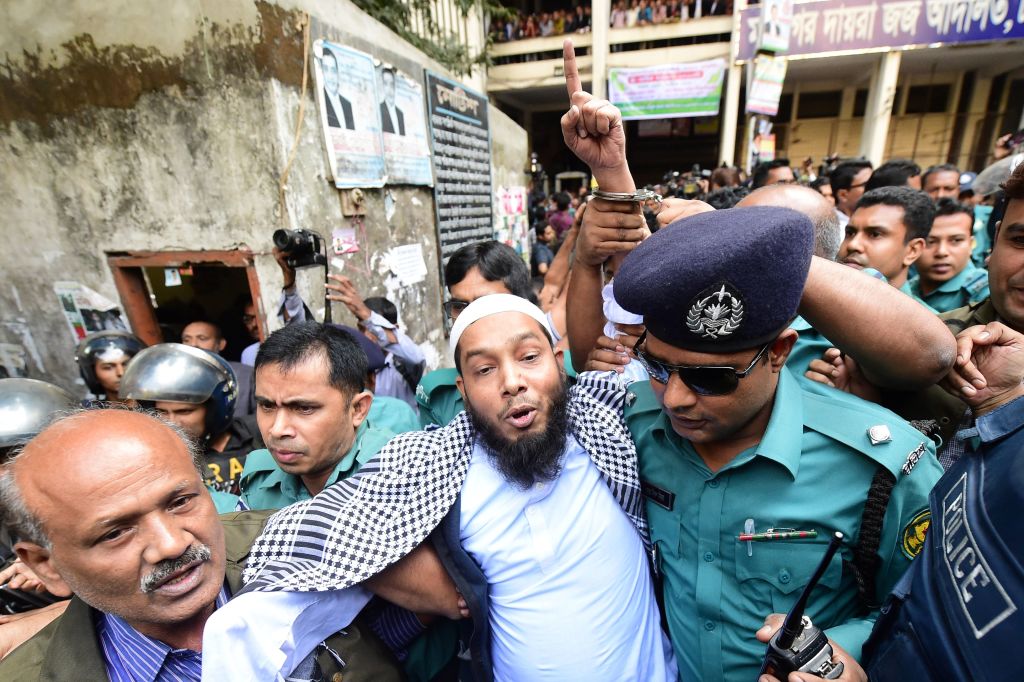 Police escort an Islamist extremist (C) to a prison van after his trial for allegedly plotting the Holey Artisan Bakery cafe attack, at a court in Dhaka on November 27, 2019. - Seven Islamist extremists have been sentenced to death by a Bangladesh court over a savage 2016 attack that killed 22 people including 18 foreigners at a Dhaka cafe popular with Westerners. (Photo by Munir UZ ZAMAN / AFP)

Four Islamist extremists were sentenced to death in Bangladesh Sunday (15) for the 2016 decapitation of a senior Hindu priest during a spate of attacks targeting religious minorities in the Muslim-majority nation.

The Islamic State group had claimed responsibility for the attack in the northern district of Panchagarh, but authorities blamed militants from Jamayetul Mujahideen Bangladesh (JMB).

“The court… sentenced all four to death over the murder. They are JMB members,” Abdur Rafique, a court official in the capital Dhaka, told AFP.

The priest was a prominent member of Bangladesh’s Hindu community, which makes up nearly 10 percent of the South Asian country’s population of 168 million.

JMB was blamed for the murders of minorities, secular writers, publishers and foreigners between 2013 and 2016.

Among them was a savage attack at a Dhaka cafe in 2016 that killed 22 people, mostly foreigners.

Seven Islamist extremists were sentenced to death in November over the assault that was claimed by the IS.

Bangladesh security forces launched a nationwide crackdown after the cafe siege, killing more than 100 members of the JMB including its top leaders, and arresting hundreds of suspected militants.