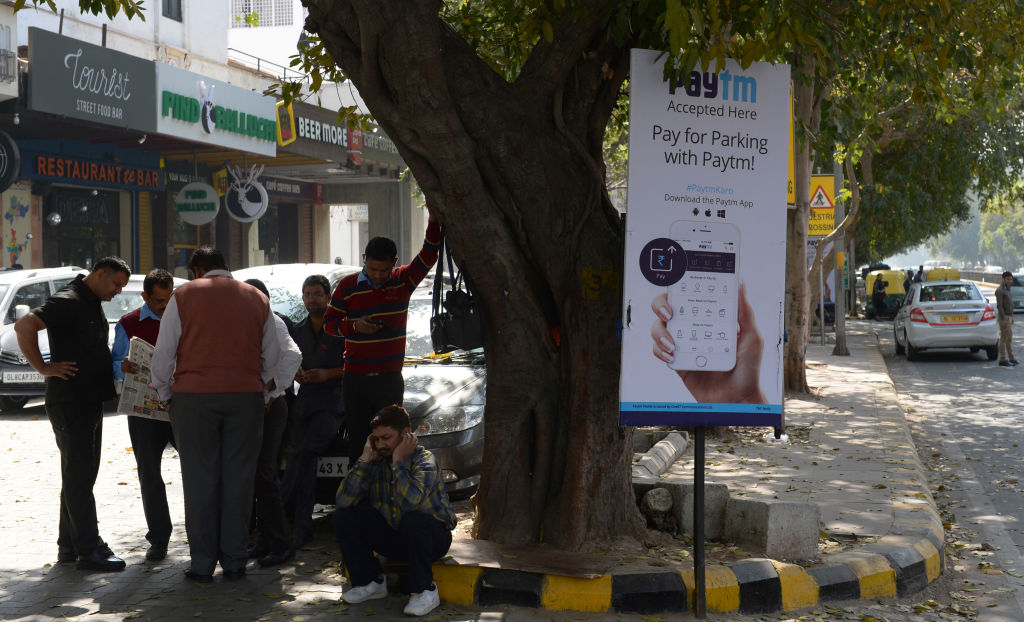 Fintech company Paytm is one of the three firms approaching the primary market to raise fund during the week from Monday, November 08, 2021 (Photo via Getty Images)

FUNDRAISING through initial public offerings (IPOs) has continued in India as three firms are looking to collectively mop up about Rs 210 billion (£2.1 bn) this week.

One97 Communications, the owner of payment major Paytm, launched its Rs 183-billion (£1.83 bn) IPO on Monday (8) and its shares were subscribed 48 per cent till the end of the day two on Tuesday (9).

Sapphire Foods India, which operates KFC and Pizza Hut outlets, began its share sale on Tuesday (9) and its offer was subscribed 30 per cent till the end of the day.

A third firm, Latent View Analytics, is set to approach the primary market on Wednesday (10).

Until now, fundraising this year is higher than the Rs 266 bn (2.6 bn) collected by 15 companies through initial share-sales in the entire 2020.

Such fundraising through IPOs was last seen in 2017 when firms mobilised Rs 671 bn (£6.7 bn) through 36 initial share-sales.

The digital firm’s offering received bids for 23.4 million equity shares against the offer size of 48.3 million shares, according to information available from stock exchanges in Mumbai.

While retail investors lapped up the offering, qualified institutional buyers (QIBs), including FIIs, have so far shown less than enthusiastic participation.

QIBs have the largest number of shares reserved for them at 26.3 million. Against this, bids were received for 12 million as of Tuesday (9).

The IPO was subscribed 18 per cent on the opening day. The offering closes on Wednesday (10) evening.

Other tech IPOs – such as those of Nykaa and Zomato Ltd – received stronger investor demand on their opening days, but they were much smaller compared to Paytm’s share sale.

“The biggest merit for Paytm’s IPO would be that they have so much more diversified regulatory access under one roof. This focus on diversification means that none of their particular business books has depth, unlike other major players who focus more on specialising,” Nikhil Kamath, co-founder of True Beacon and Zerodha, said.