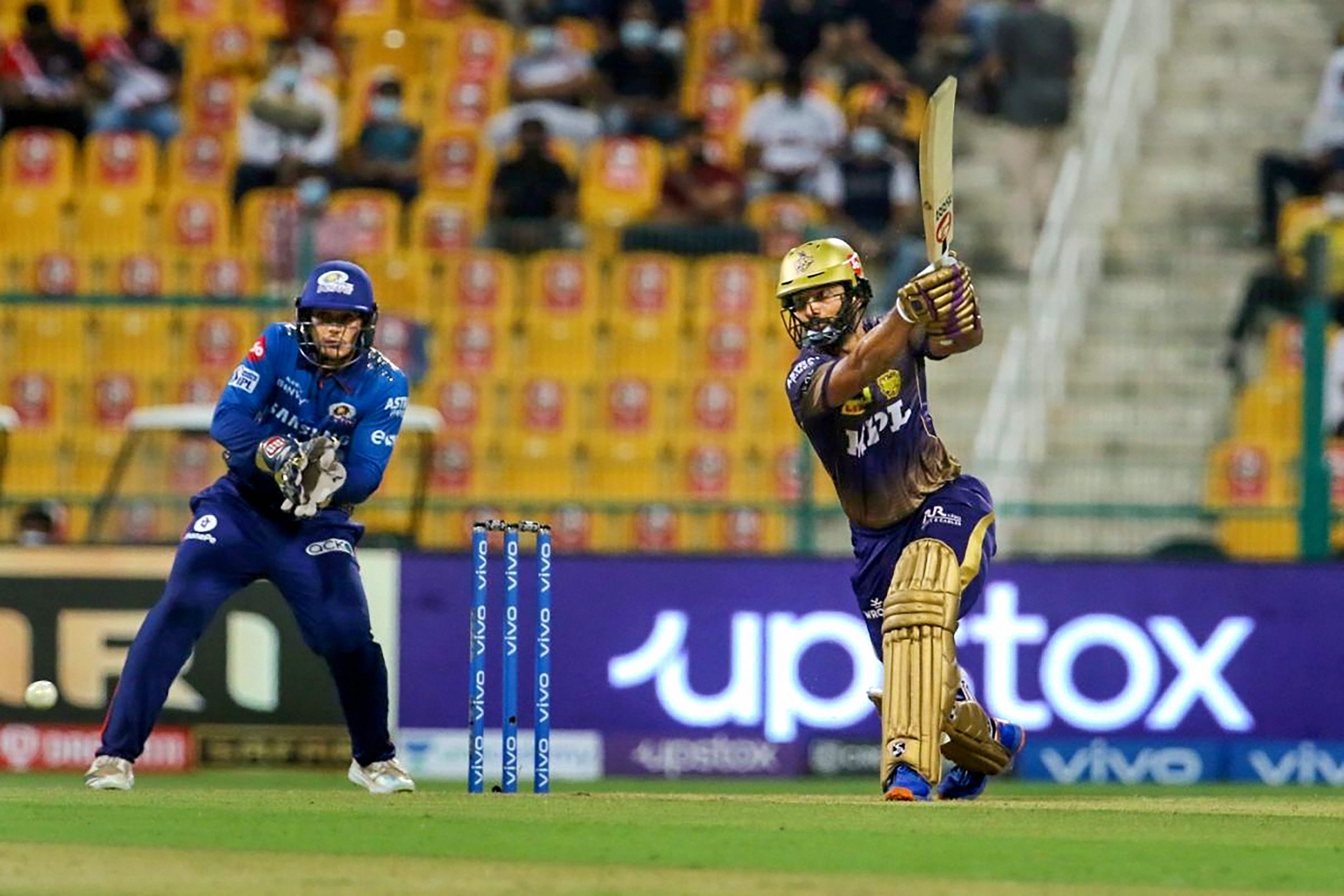 Opener Venkatesh Iyer smashed 53 and put on an attacking second-wicket partnership of 88 with Rahul Tripathi, who made an unbeaten 74, as Kolkata chased down their target of 156 in 15.1 overs in Abu Dhabi.

Iyer has made an early impact in the revived Twenty20 tournament after his match-winning unbeaten 41 in the team’s previous win over Virat Kohli’s Royal Challengers Bangalore.

“The first two games in this second phase has been a great template for us to play,” Morgan said after his team jumped to fourth in the eight-team table led by Delhi Capitals.

“There’s only one way for us to go in the points table, and that’s up.”

He fell to pace bowler Jasprit Bumrah but Tripathi kept up the charge in his 42-ball blitz laced with eight fours and three sixes.

“We were trying to fit Iyer into the XI with a lot of talented guys, and it’s fantastic with the manner he has scored runs,” Morgan said of the 26-year-old Iyer.

Five-time champions Mumbai started strongly with a 78-run opening stand between skipper Rohit Sharma, who scored 33, and Quinton de Kock, who made 55.

But Kolkata’s bowlers soon hit back to choke the opposition run flow with regular wickets as Mumbai finished on 155 for six after being invited to bat first.

West Indies spinner Sunil Narine returned economical figures of 1 for 20 from his four overs, getting the key wicket of Sharma. He was named man of the match.

It was a forgettable return for Sharma who had missed the team’s previous loss against Chennai Super Kings when the IPL resumed on Sunday (19) in the United Arab Emirates.

The tournament had a scare on Wednesday (22) when Hyderabad left-arm quick Thangarasu Natarajan tested positive for coronavirus and isolated with six other close contacts but their match against Delhi went ahead.

The IPL was halted in May because of pandemic deaths in India, prompting foreign players to rush home and many have not come back including England’s Ben Stokes (Rajasthan Royals) and Pat Cummins (Kolkata) of Australia.