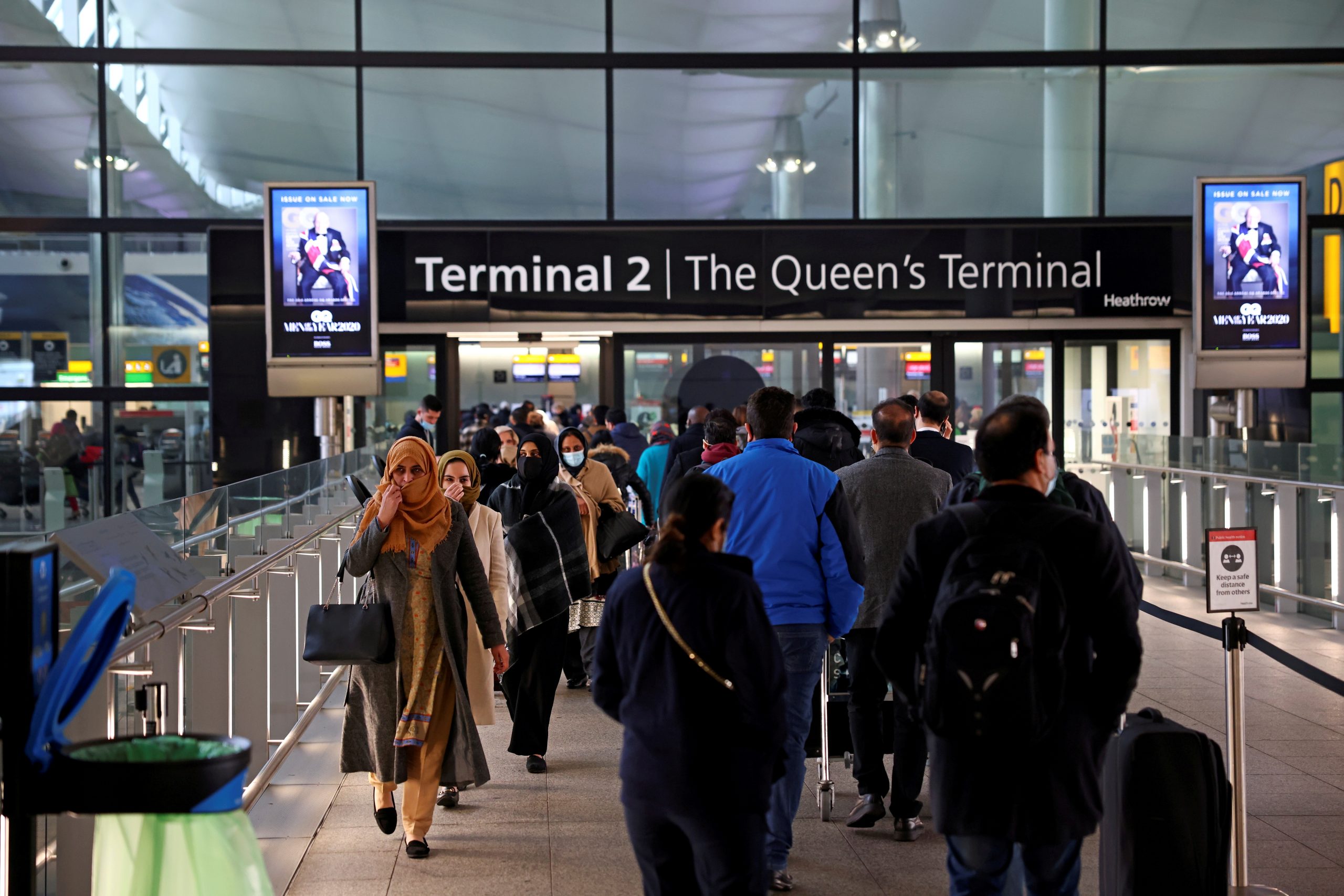 WE CAN all understand the deep concern about the Indian variant of the Covid-19 virus threatening prime minister Boris Johnson’s plan to lift all restrictions on social contacts on June 21.

But there was some dodgy reporting last weekend. Many in the media followed a Sunday newspaper page one story, “20,000 allowed to fly into UK from India.”

It said: “At least 20,000 passengers who could have been infected with a virulent strain of Covid-19 were allowed to enter Britain while Boris Johnson delayed imposing a travel ban from India.”

Allowed to enter Britain? The phrase is quite objectionable, racist even.

My guess is that the vast majority were Indians with British nationality returning home to the UK. I assume they had gone to India for the usual reasons – attending to sick, elderly parents, going to weddings and doing business.

As British citizens, there is no question of “allowing” them in. They have an absolute right to return to this country: though, of course, they have to go into quarantine in a hotel for 10 days.

Had the 20,000 been white British folk, Boris would have been criticised for leaving them in the lurch. Instead, everyone attacked the prime minister for not being quicker to put India on the UK’s “red list” of countries.

The report in the Sunday newspaper quoted an unidentified Whitehall source: “It’s very clear that we should have closed the border to India earlier and that Boris did not do so because he didn’t want to offend Modi.”

The report added: “The rise of the new variant has caused tensions in Whitehall about whether Johnson delayed putting India on the red list because he was hoping to fly to Delhi on April 25 to discuss a post-Brexit trade deal with India’s prime minister, Narendra Modi.

“On April 19, Johnson was forced to cancel the trip and it was announced India would be added to the red list; travellers were given four days to get home. Civil Aviation Authority figures suggest that 900 people arrived daily from India between April 2 and April 23.”

The TV presenter Piers Morgan, who left his job on ITV’s Good Morning Britain following a row over comments he made about Meghan Markle, shared the article with his Twitter followers: “More shameful dithering by our Prime Minister – @ BorisJohnson has done this throughout the pandemic, constantly leaving it too late to act, with deadly consequences.”

Labour MP Yvette Cooper, who chairs the home affairs select committee, similarly told the BBC’s Andrew Marr Show last Sunday (16): “I think we shouldn’t be in this situation in the first place because this was not inevitable and they should have taken action on the India variant much earlier. They should have put it [India] on the red list (earlier).”

She should have made it clear that Indians with British nationality cannot be treated differently from white Britons. But one can almost depend on the “too little, too late” Labour party to be both anti-Indian and knee-jerk in its reaction.