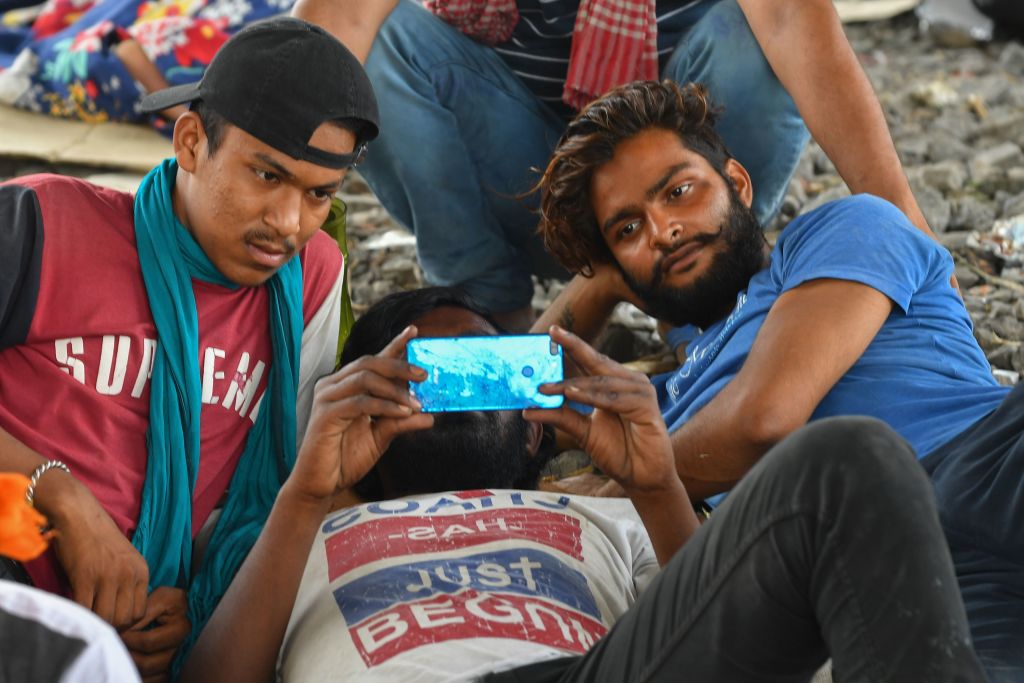 The growth of the Indian OTT sector is led by strong tailwinds from basic enablers such as affordable high-speed mobile internet, doubling of internet users in the last six years and increased adoption of digital payments. (Photo by INDRANIL MUKHERJEE/AFP via Getty Images)

INDIA’S OTT streaming industry is expected to grow to $13-15 billion (£9.62-11.1 bn) over the next decade, according to a joint report on media and entertainment.

The OTT (over-the-top) industry is constantly growing and is one of the most competitive amongst emerging markets with over 40 players, said the report from industry body CII and Boston Consulting Group (BCG).

According to it, the compounded annual growth rate (CAGR) of the sector is expected to be 22-25 per cent.

This has been led by “strong tailwinds” from basic enablers such as affordable high-speed mobile internet, doubling of internet users in the last six years, increased adoption of digital payments.

Moreover, it has been also helped by India specific price points offered by global players such as Netflix, Prime Video and Disney+ offering plans in India at 70-90 per cent cheaper than in the US.

“Strong content also helps capture eyeballs outside India,” the report said, adding Indian OTT can cater to international demand by targeting the Indian diaspora and markets that have language similarities.

There has been a remarkable surge over SVOD (subscription video on demand) content over the last few years and is expected to overtake AVOD (advertising-based video on demand), it added.

“This strong growth in the subscription is due to various initiatives taken to expand the user base through bundling and pricing innovations, amply supported by significant investment in content,” said the report titled “Blockbuster Script for the New Decade: Way Forward for Indian Media and Entertainment Industry”.

It has been additionally helped by a predominance of a younger population, with 50-55 per cent of the population under the age of 30, it added.

“Indian OTT has progressed from early-stage to scaling stage with the transition from AVOD to SVOD model, growth in disposable income to drive subscription growth and investing in premium and original content,” it said.

“About 56 per cent of the Indian population has a regional language as their mother tongue, which is larger than the population of the EU,” the report said.