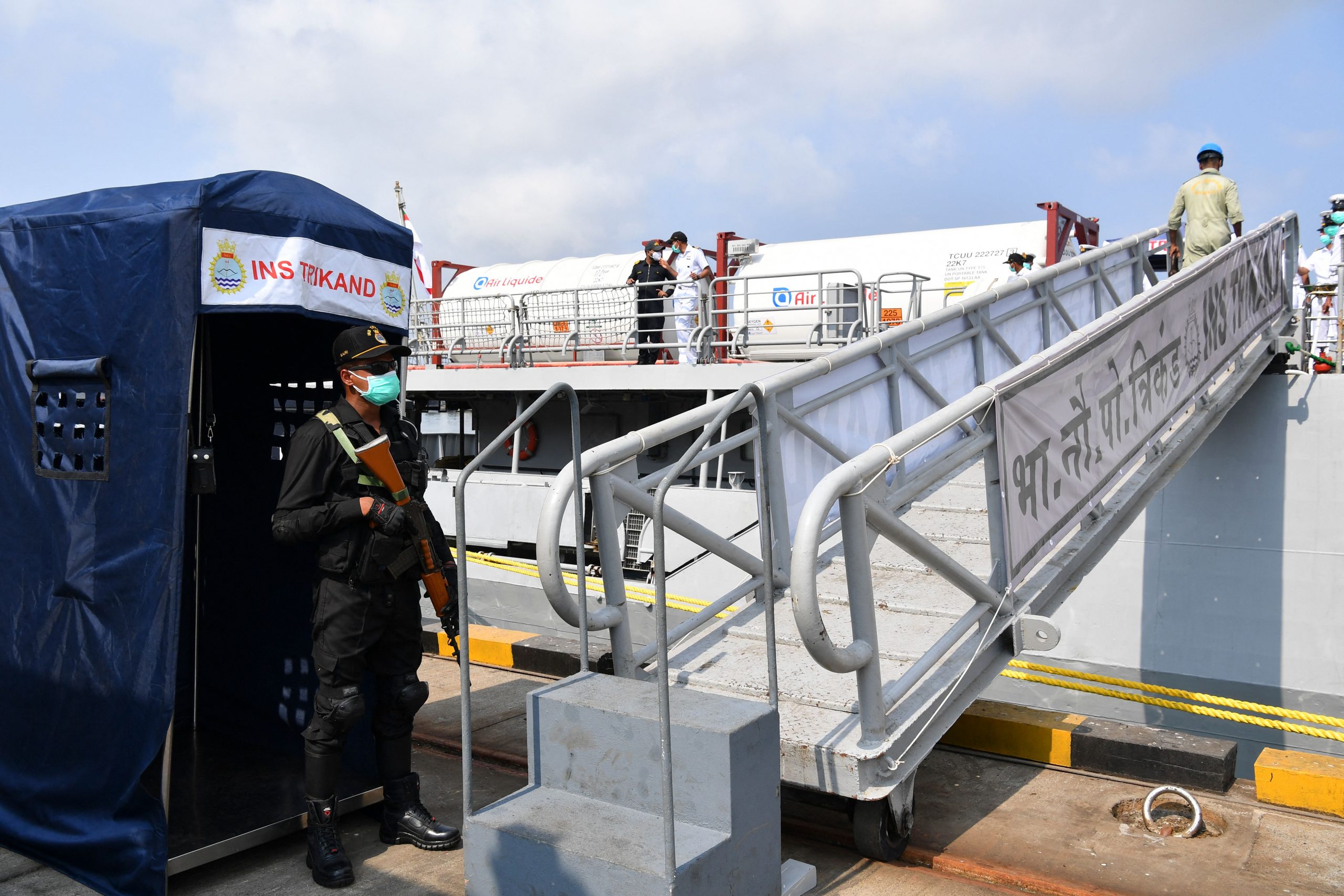 Navy Commando stands guard in front of the naval ship INS Trikand carrying Liquid Medical Oxygen (LMO) tanks supplied by French company Air Liquide as part of France’s assistance efforts toward Covid-19 coronavirus relief to India after arriving from Qatar, at the naval dockyard in Mumbai on May 10, 2021. (Photo by INDRANIL MUKHERJEE/AFP via Getty Images)

80 tonnes of liquid oxygen, 20 cryogenic oxygen tanks, 3,150 cylinders, and a large amount of other medical supplies were brought from abroad to help the country amidst the second wave of coronavirus.

Last week, the Indian Navy deployed nine warships to bring liquid medical oxygen and other supplies from several countries in Persian Gulf and southeast Asia. Out of which three warships Ins Airavat, Ins Kolkata, and Ins Trikand have reached India with the consignment of medical supplies.

INS Trikand reached Mumbai with 40 tonnes of oxygen from Qatar.

Under operation ‘Samudra Setu II’ the Navy has stepped up its efforts from all three naval commands in Mumbai, Visakhapatnam, and Kochi. Ships were deployed to bring oxygen and other medical equipment.

Last year, the Indian Navy had launched Operation Samudra Setu as part of the Vande Bharat evacuation mission under which brought back to India around 4,000 stranded Indians from Maldives, Sri Lanka, and Iran.

Countries around the world have sent medical supplies including oxygen-related equipment to help India tide over the situation of coronavirus pandemic.