Swamishri blessed Shah by applying a chandan chandlo to his forehead, and prayed for peace, progress and welfare of the nation and all its people. 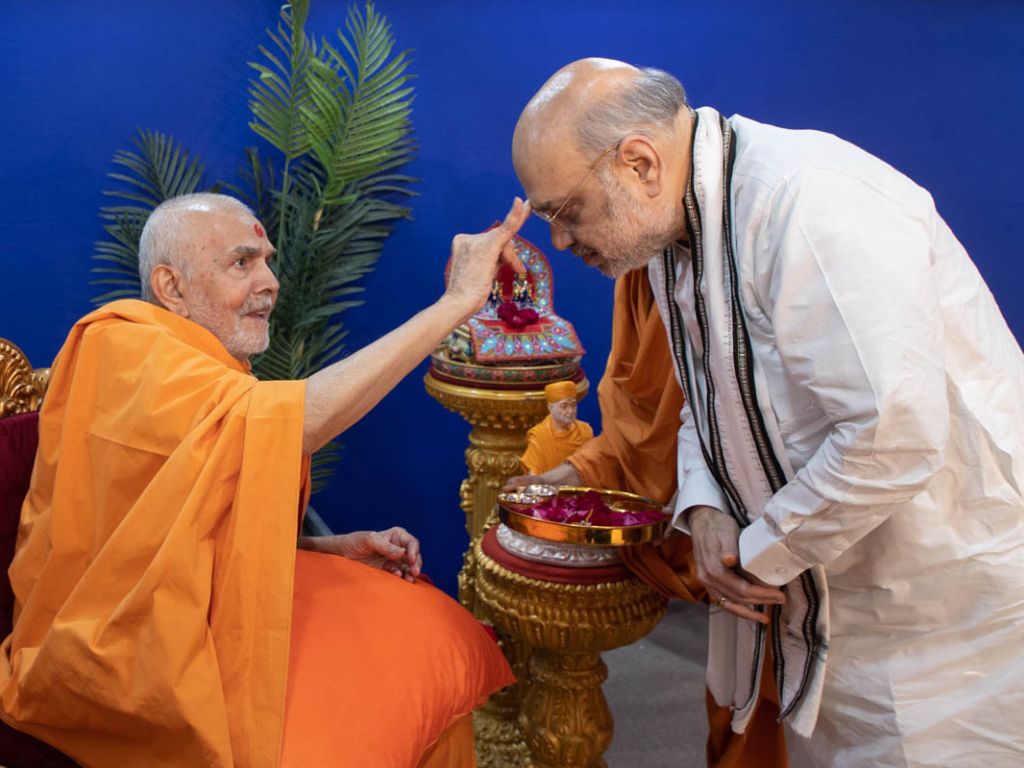 Shah, who arrived around 5.10 pm local time, was garlanded and welcomed by Swami Maharaj in the presence of Pujya Ishwarcharan Swami, Atmaswarup Swami and Brahmavihari Swami.

Following their meeting, prayers for national peace and harmony were offered by the recital of the Vedic Shanti Path.

Shah, who is currently in Gujarat where a two-phase election began on Thursday (1), performed a pujan of Shri Aksharpurshottam Maharaj and Param Pujya Mahant Swami Maharaj.

Swamishri blessed Shah by applying a chandan chandlo to his forehead, and prayed for peace, progress and welfare of the nation and its people — for a Strong India and One India.

Brahmavihari Swami updated the minister about the upcoming month-long Pramukh Swami Maharaj Shatabdi Mahotsav in Ahmedabad, and gave him a special invitation.

Shah was particularly pleased to know that the festival is being organised on 600 acres in Ahmedabad, set up by over 80,000 volunteers.