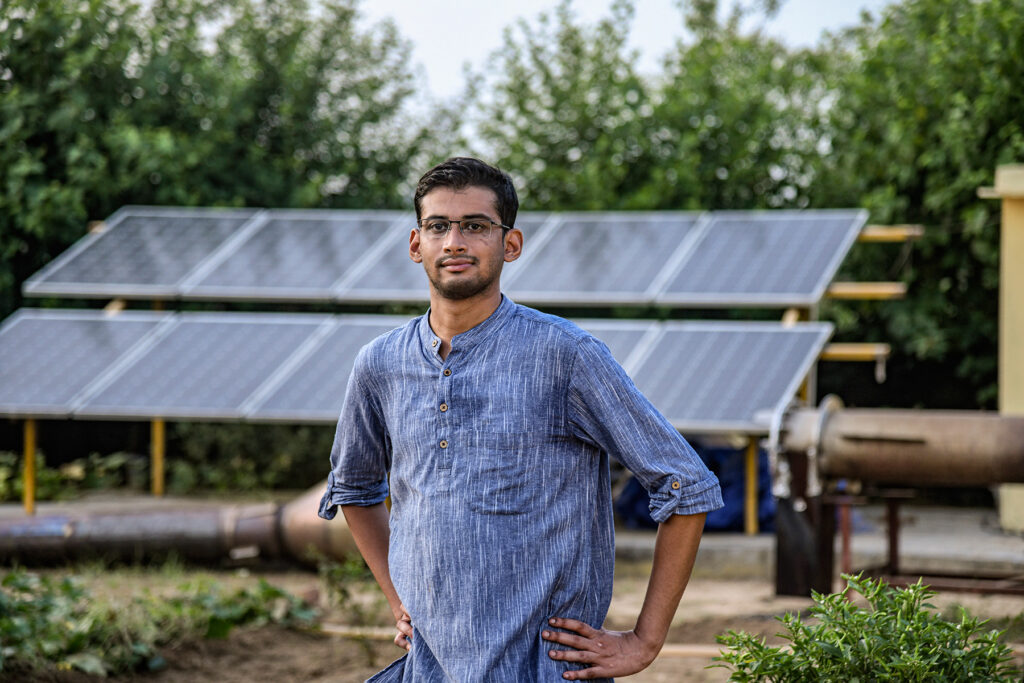 INDIAN Vidyut Mohan is among the winners of the inaugural Earthshot Prize created by Prince William.

Mohan, co-founder and CEO of Takachar, which developed a machine that converts crop residues into sellable bio-products like fuel and fertilizer, has won the award with projects from Costa Rica, Italy and the Bahamas.

Takachar won the “Clean our Air” prize for the creation of a portable machine that turns agricultural waste into fertiliser so that farmers do not burn the waste and cause air pollution.

“It’s an honour to receive the Earthshot prize on behalf of the Takachar team. It is a testament to our team’s passion and commitment to clean our air. A big thank you to the friends and family who had supported us throughout this journey,” he said after receiving the award.

“This award will help us to scale our solution worldwide and help us realise our vision to reduce air pollution while creating livelihood opportunities for rural communities. In some parts of the world, air pollution reduces the life expectancy of the population by up to nine years. We all need to stop ignoring this problem and act now.

“I am deeply inspired by the finalists and hundreds of innovators across the world who work tirelessly so that all of us can breath clean air. I am optimistic that we can get this done.”

Prince William presented the awards at a ceremony in London on Sunday (17). Each of the five winners will receive £1 million ($1.4 million).

“Globally, we generate USD 120 billion of agricultural waste every year. What farmers cannot sell, they often burn, with catastrophic consequences for human health and the environment. The burning of agricultural waste causes air pollution that in some areas has reduced life expectancy by a decade,” the judges noted.

“This plays out every year in the fields surrounding New Delhi. Smoke from man-made infernos fills the air, with serious consequences for the health of locals.”

In a short film recorded for the ceremony in the London Eye and released ahead of the event on Sunday, William warns that the “actions we choose or choose not to take in the next 10 years will determine the fate of the planet for the next thousand”.

“A decade doesn’t seem long, but humankind has an outstanding record of being able to solve the unsolvable,” he said.

“The future is ours to determine. And if we set our minds to it, nothing is impossible.”

The Republic of Costa Rica was one of the winners on Sunday picking up the “Protect and Restore Nature” award for its efforts to protect forests, plant trees and restore ecosystems.

The other winners included Coral Vita, from the Bahamas, for a project to grow coral in tanks, 50 times quick than coral normally grows.

The northern Italian city of Milan won the “Food Waste Hubs” award for collecting unused food and giving it to people who need it most.

The “Fix our Climate” laureate went to a joint Thai-German-Italian team for the AEM Electrolyzer, which uses renewable energy to make clean hydrogen by splitting water into its constituent elements.

Each of the finalists — chosen by experts from more than 750 nominations — will be given help from companies to develop their projects.

Prince William announced that the 2022 edition of the Earthshot Prize will be held in the US.