US authorities have arrested an Indian American doctor for allegedly prescribing to multiple patients a combination medication to treat attention deficit hyperactivity disorder and narcolepsy.

Gurpreet Singh Bajwa, 48, allegedly issued about 15,000 Adderall prescriptions to over 1,000 patients, a total of more than 700 prescriptions per month, officials said.

Several local pharmacies in Oakton in Virginia had flagged Bajwa and would no longer fill prescriptions from him, they said.

The Virginia Department of Health Professions had previously suspended his medical licence in 2012 for issues related to his prescription practices, the officials said.

Beginning in summer 2018, two undercover law enforcement officers posed as patients and made appointments to see Bajwa, according to an affidavit in court.

During each visit, Bajwa allegedly prescribed the officers a 30-day supply of Adderall, despite them not having a need for the medication, it said.

One of the officers told Bajwa that she was a fitness model and needed the medication for her workouts, which is not a legitimate use for the substance, as per the affidavit.

The undercover officer also asked Bajwa to prescribe her extra pills that she could give to a “friend” and he readily agreed. Bajwa is charged with illegal distribution of Adderall, a Schedule II controlled substance, it said.

He faces a maximum penalty of 20 years in prison if convicted. 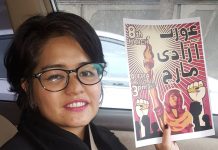 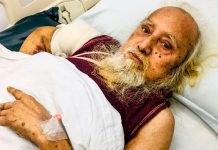