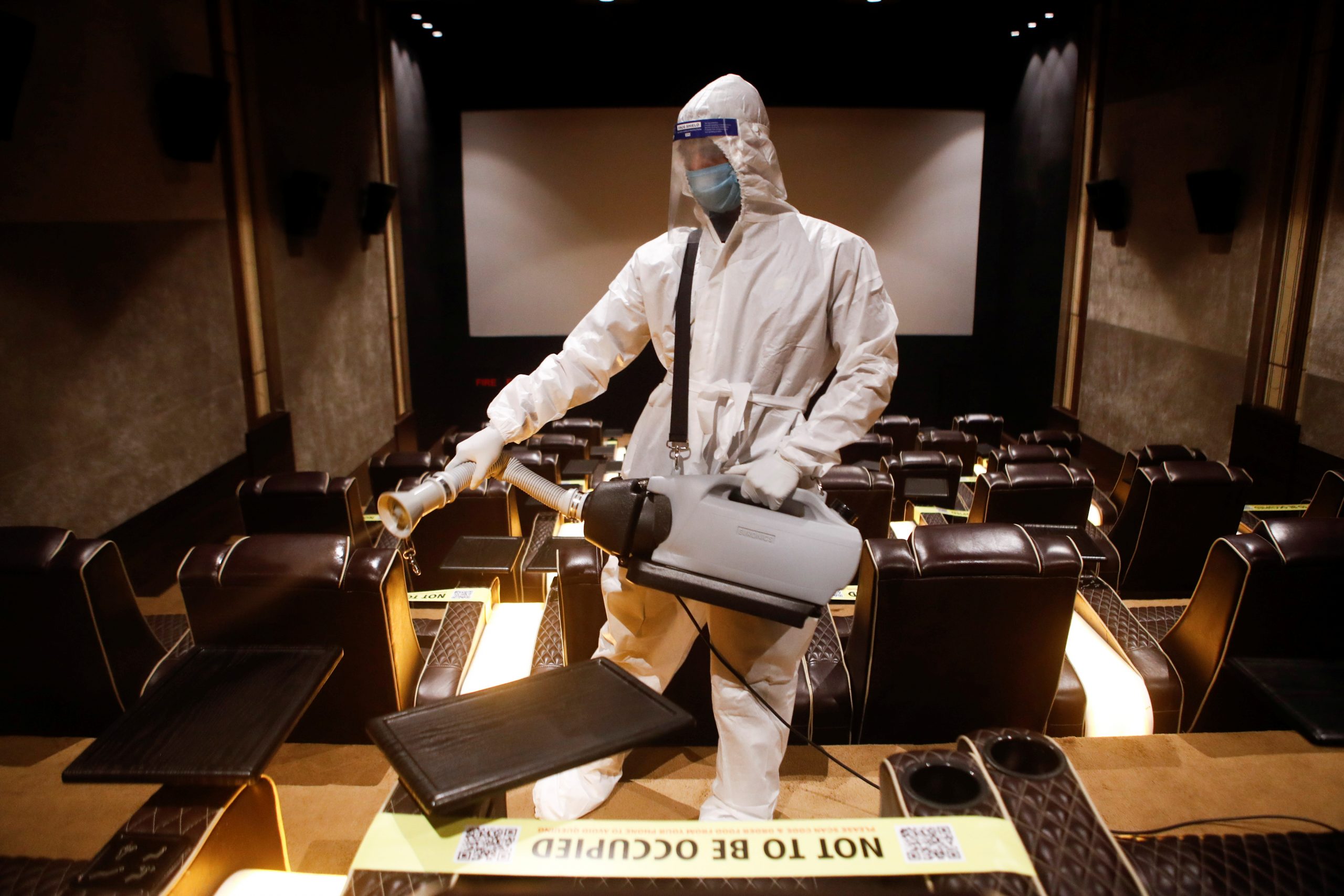 A man in personal protective equipment (PPE) sanitizes a cinema hall before a movie amid the spread of the coronavirus disease (COVID-19) in Mumbai, India November 15, 2020. REUTERS/Francis Mascarenhas
Follow Us

India will fly doctors in from other regions, double the quantity of tests carried out and ensure people wear masks in efforts to contain the coronavirus spread in the capital New Delhi, home minister Amit Shah said on Sunday.

“Amit Shah also directed that the hospital capacity and availability of other medical infrastructure should be ramped up considerably,” the Ministry of Home Affairs said in a statement on Sunday

While India’s daily increase in cases has been under the 50,000 mark for eight straight days, around half its record peak, the city state of Delhi has recorded over 7,000 cases a day over the last five days – a record level.

“Delhi has witnessed a huge surge in daily active cases which is likely to worsen over next few weeks,” India’s health minister Harsh Vardhan said in a tweet on Sunday.