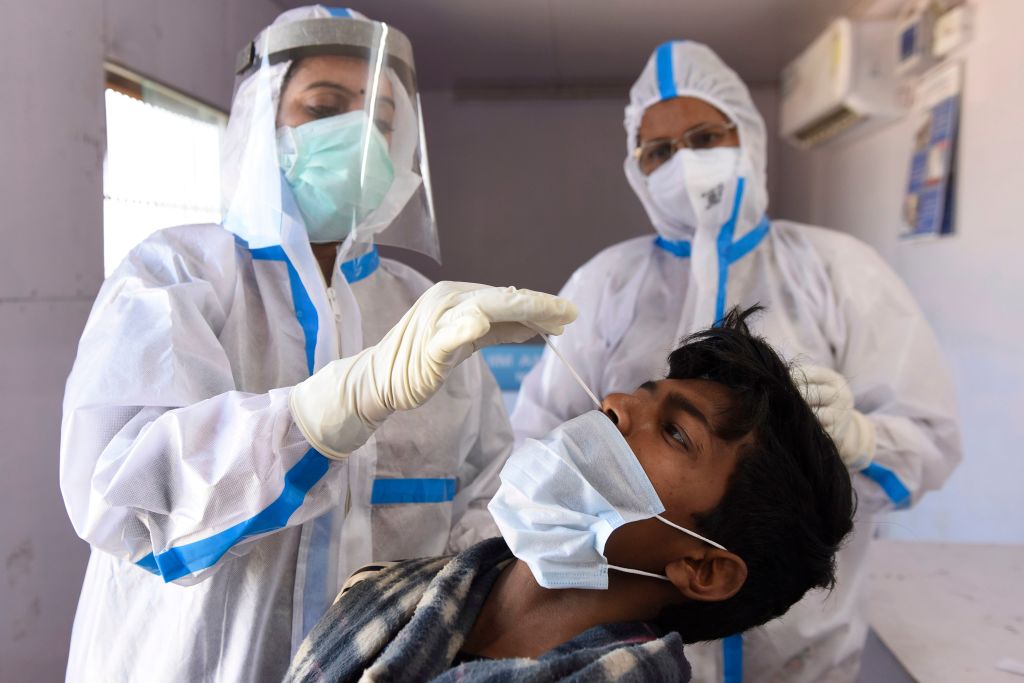 A health worker collects nasal swab sample from a Central Public Works Department worker for Covid-19 test, on the outskirts of Amritsar. (Photo by NARINDER NANU/AFP via Getty Images)

INDIA announced an expansion of its vaccination programme on Wednesday(24) but warned that breaches of coronavirus protocols could worsen an infection surge in many states.

Nearly a month after the health minister declared that Covid-19 had been contained, states such as Maharashtra in the west and Kerala in the south have reported a surge in cases, as reluctance grows over mask-wearing and social distancing.

“Any laxity in implementing stringent measures to curb the spread, especially in view of new strains of virus … could compound the situation,” the ministry said in a statement singling out nine states and a federal territory.

India has confirmed the long-time presence of two mutant variants – N440K and E484Q – in addition to those first detected in Brazil, Britain and South Africa.

The ministry said that while cases in the states of Chhattisgarh, Gujarat, Kerala, Maharashtra, Madhya Pradesh and Punjab, as well as the federal territory of Jammu and Kashmir, were rising, the proportion of high-accuracy RT-PCR tests in those places was falling. Cases have also risen in Karnataka, Tamil Nadu and West Bengal.

In the past week, a third of India’s 36 states and union territories have reported an average of more than 100 new cases each day, with Kerala and Maharashtra both reporting more than 4,000, in a trend experts link to the reopening of schools and suburban train services.

The government has also asked states to speed vaccinations for healthcare and frontline workers. Just about 11 million people have received one or two doses in a campaign that began on January 16, versus a target of 300 million by August.

From March 1, India will start vaccinating people above 60 and those older than 45 with health conditions free of charge in about 10,000 government hospitals and for a fee in more than 20,000 private facilities, the government said. 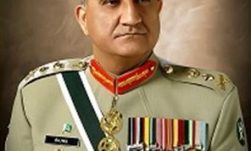 HEADLINE STORY
'It's time for India and Pakistan to bury the past and move forward', says Pakistan army chief