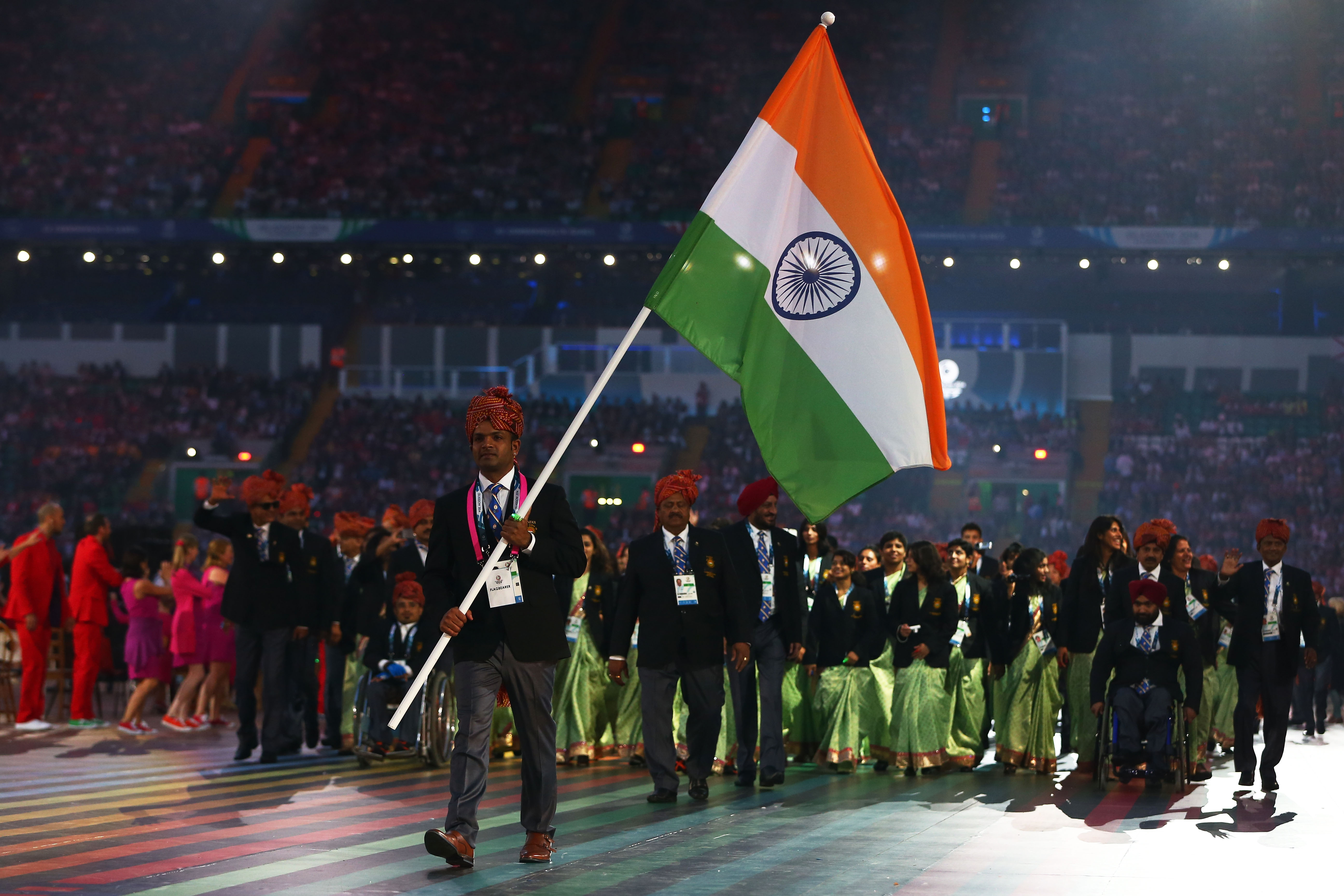 Flag bearer and Shooter Vijay Kumar of India leads the team during the Opening Ceremony for the Glasgow 2014 Commonwealth Games at Celtic Park on July 23, 2014 in Glasgow, Scotland. (Photo by Quinn Rooney/Getty Images)
Follow Us

India’s offer to host separate Commonwealth championships for two disciplines absent in the 2022 Birmingham Games roster could be a “game-changer” and pave the way for facility-sharing among member countries, the country’s top sports officials said.

The Indian Olympic Association (IOA) had threatened to boycott the Birmingham Games over shooting’s exclusion before their climbdown last week.

The Indian shooting federation has offered to host a Commonwealth shooting championship in 2022 and the IOA also wants to organise a similar competition for archery, which will not feature in Birmingham either.

“We are in the process of sending our proposal for the shooting and archery competitions to the Commonwealth Games Federation (CGF),” IOA secretary general Rajeev Mehta told Reuters.

“As of now, shooting federation will finance the shooting competition and we’re seeking government fund for archery.”

Indian officials also want the medals won in both the tournaments to count in the final table in Birmingham.

IOA was most upset at the exclusion of shooting which supplied 16 of India’s 66 medals, including seven golds, at the 2018 Gold Coast Games.

In its absence, India, who finished third in the 2018 medals table, could slip to anywhere between fifth and eighth in Birmingham, according to IOA estimates.

National Rifle Association of India (NRAI), which led the outrage against shooting’s exclusion, came up with the idea of a separate Commonwealth championship.

“It’s a simple proposal to have an adjunct competition, either in New Delhi or Chandigarh, three months before the main Games in Birmingham,” NRAI president Raninder Singh told Reuters.

“Although a Commonwealth Shooting Championships is amongst one of several ideas being discussed with the ISSF, nothing has been formally proposed, let alone agreed upon…” CGF chief executive David Grevemberg said in a statement last month.

“…speculation around what this event could look like, and what medals won at such an event could mean in the context of the Commonwealth Games, is extremely premature.”

Singh, who attended the Munich meeting as ISS vice-president, said India’s offer could lead to infrastructure-sharing among CGF members nations.

“This is a very exciting and unique offer, which can be a game-changer. It may not have happened in Commonwealth Games, but co-hosting is not unprecedented in sports.

“Why waste money creating new infrastructure which may rot and not use the existing ones even if in another country? It gives flexibility.

“There will always be some sports which will be left out. It’s shooting now, it maybe badminton’s turn next time.

“Adjunct competitions can take the Games to a much bigger and larger audience and help retain the popular but optional disciplines,” Singh added.