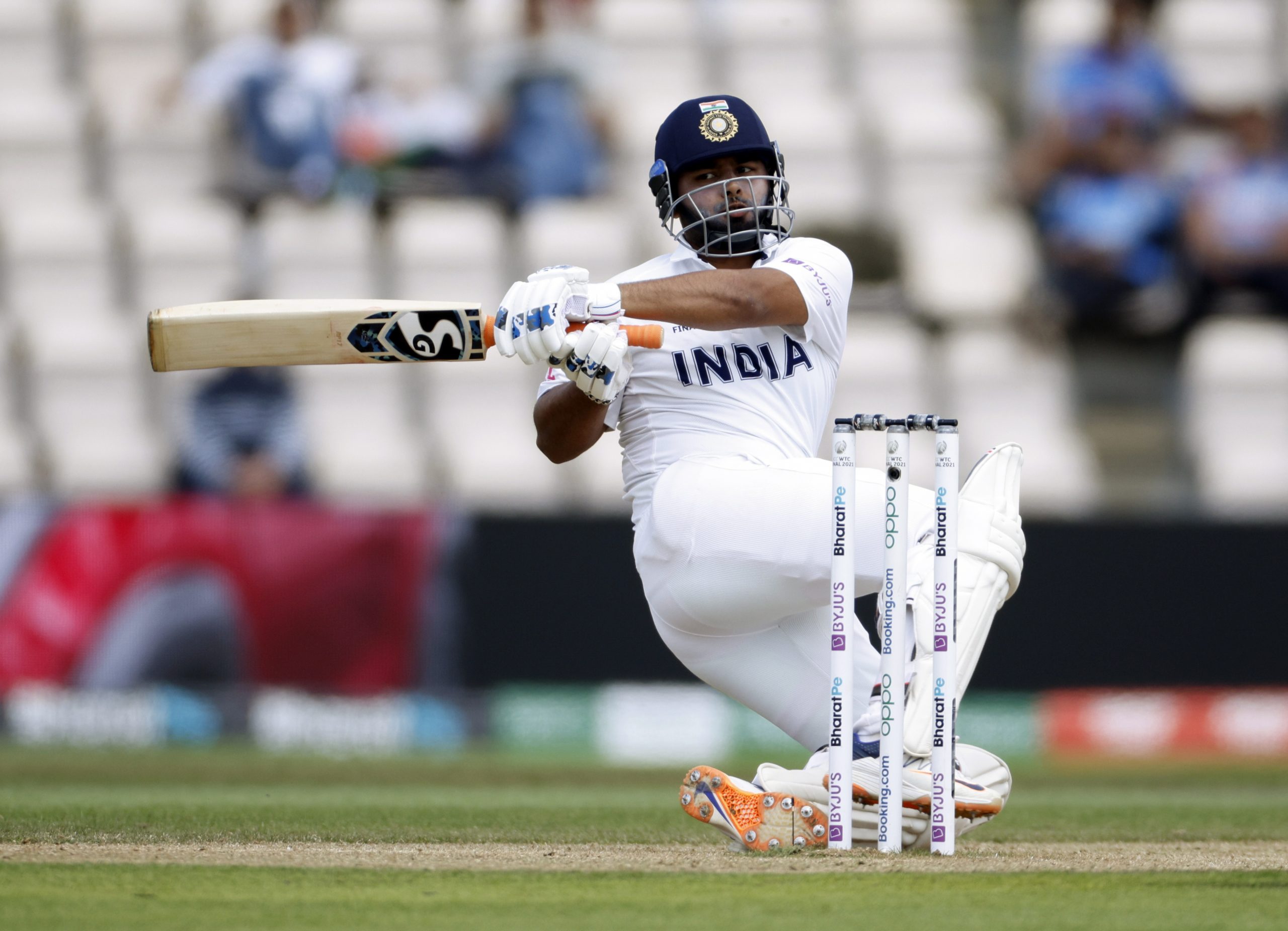 Rishabh Pant is in quarantine and will not travel to Durham with the team. (Reuters/John Sibley)

WICKETKEEPER-BATSMAN Rishabh Pant and throwdown specialist Dayanand Garani have tested positive for Covid-19, while three others have been placed in precautionary isolation as the virus hit the Indian cricket team ahead of next month’s Test series against host England.

The team will undergo daily Covid tests from now on.

“Pant, who had not stayed in the team hotel during the break period, tested positive on 8th July. He is asymptomatic and currently undergoing self-isolation at the place where he reported positive,” BCCI sectetary Jay Shah said in an official statement.

“He is being closely monitored by the BCCI Medical Team and is on his way to recovery. He will be able to join the squad in Durham after returning two negative RT-PCR tests,” he added.

It is learnt the Arun, Easwaran and Saha have all tested negative but have to follow the UK government’s health safety protocol of 10-day isolation period.

The rest of the team are reaching Durham Thursday (15) evening after reassembling from a 20-day break.

“The four personnel will undergo 10-day isolation and will remain in their respective rooms in the team hotel in London,” the BCCI said.

The board said that all travelling family members and caretakers with the team have also been administered with the second dose of the Covid vaccine earlier this month in London.

“To mitigate any further risks, the Indian contingent is taking the Lateral Flow Test on a daily basis,” the media statement from Shah said, referring to the daily testing mechanism which can give results in 15-30 minutes.

Pant, Easwaran and Saha will miss the practice match scheduled to start on July 20 against a combined county side with both Bengal players along with Arun in 10-day isolation.

Pant will also need recovery time and won’t play the game. In that case, KL Rahul will keep against Combined Counties from July 20-22.

In case of Saha, he has already battled Covid during the IPL while Shubman Gill, who had sustained a shin splint injury earlier this month, has left the team’s bio-bubble.

The development comes close on the heels of BCCI secretary Jay Shah sending an e-mail to the Indian contingent, warning it about the rising cases of Covid-19 in the United Kingdom.

The break was given to the players after the World Test Championship final against New Zealand, which the team lost last month.

Pant was seen attending a European championship match last month and had even posted pictures on his social media accounts. He underwent a test after experiencing low grade fever.

Shah, in his letter, told the players to “avoid” crowded places and had specifically stated that players should avoid going to the Wimbledon and Euro Championships, both of which recently concluded.

The Indian team is due to take on England in a five-match Test series starting August 4.

The India-England showdown marks the beginning of the second cycle of the World Test Championship.

Recently, the England team too was hit by Covid and was forced to field an altogether different XI in a limited-overs match against Pakistan.