India one of largest opiate markets in terms of users, vulnerable to increased supply: UN report

According to the report, India has the fourth largest quantities of opium seized in 2020 at 5.2 tons. 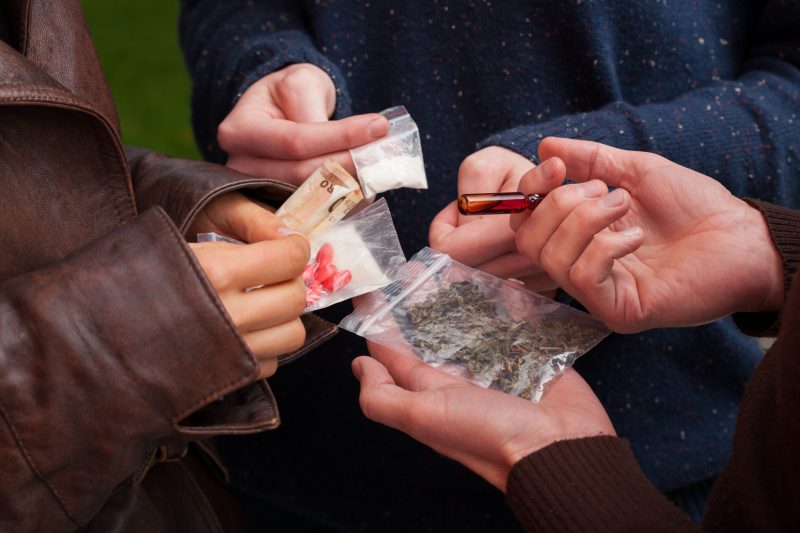 About 3.8 tons of heroin was seized in 2020 in India, the report said (Photo: Katarzyna Bialasiewicz/iStock)
Follow Us

India is one of the world’s single largest opiate markets in terms of users and likely to be vulnerable to increased supply as there are already signs that an intensification of trafficking in opiates originating in Afghanistan may be taking place, according to a new report.

According to the UN Office on Drugs and Crime’s (UNODC) World Drug Report 2022 released on Monday, around 284 million people, aged 15-64 years, used drugs worldwide in 2020, a 26 per cent increase over the previous decade.

It also said that 11.2 million people worldwide were injecting drugs.

“India is one of the world’s single largest opiate markets in terms of users and would likely be vulnerable to increased supply, as there are already signs that an intensification of trafficking in opiates originating in Afghanistan may be taking place eastwards, in addition to southwards and westwards along the traditional Balkan route,” the report said.

“Consequences could range from expanded use to increased levels of trafficking and associated organised crime. In addition, there is the question of whether the increased availability of opiates could bring an increased number of heroin overdoses and whether increased purity could affect the harm posed by heroin use,” it said.

However, the data on the number of drug users in India was not given.

According to the report, India has the fourth largest quantities of opium seized in 2020 at 5.2 tons and the third highest amount of morphine was also seized from the country the same year at 0.7 tons.

About 3.8 tons of heroin was seized in 2020 in India, the fifth highest in the world, the report said.

In 2020, authorities in India had announced for the first time dismantling of a major international criminal network trafficking non-medical tramadol and other psychoactive substances on the dark web, the report said.

Similarly, a year later, intensified international cooperation helped to identify and interdict global trafficking in tramadol, as well as tapentadol, a newly emerging opioid analgesic that is also not under international control and appears to have partly displaced tramadol in some markets, it said.

The report also noted that cannabis legalisation in parts of the world appears to have accelerated daily use and related health impacts.

Reacting to the findings, UNODC Executive Director Ghada Waly stated, Numbers for the manufacturing and seizures of many illicit drugs are hitting record highs, even as global emergencies are deepening vulnerabilities. At the same time, misperceptions regarding the magnitude of the problem and the associated harms are depriving people of care and treatment and driving young people towards harmful behaviours.

“We need to devote the necessary resources and attention to addressing every aspect of the world drug problem, including the provision of evidence-based care to all who need it, and we need to improve the knowledge base on how illicit drugs relate to other urgent challenges, such as conflicts and environmental degradation, Waly said.

The report further stated that cocaine manufacture worldwide was at a record high in 2020, growing 11 per cent from 2019 to 1,982 tons. Cocaine seizures also increased despite the COVID-19 pandemic to a record 1,424 tons in 2020, it said.

“Nearly 90 per cent of cocaine seized globally in 2021 was trafficked in containers and/or by sea. Seizure data suggests that cocaine trafficking is expanding to other regions outside the main markets of North America and Europe, with increased levels of trafficking to Africa and Asia,” it said.

The report also pointed out that trafficking of methamphetamine continues to expand geographically, with 117 countries reporting seizures of the recreational drug in 2016-2020 versus 84 countries in 2006-2010.

“Meanwhile, the quantities of methamphetamine seized grew five-fold between 2010 and 2020,” it said.

Opium production worldwide grew 7 per cent between 2020 and 2021 to 7,930 tons predominantly due to an increase in production in Afghanistan.

However, the global area under opium poppy cultivation fell by 16 per cent to 2,46,800 ha in the same period, it added.

Talking about the role of women, the UN report said women remain in the minority of drug users globally yet tend to increase their rate of drug consumption and progress to drug use disorders more rapidly than men do. Women now represent an estimated 45-49 per cent of users of amphetamines and non-medical users of pharmaceutical stimulants, pharmaceutical opioids, sedatives, and tranquilizers, it said.

The World Drug Report 2022 also spotlights the wide range of roles fulfilled by women in the global cocaine economy, including cultivating coca, transporting small quantities of drugs, selling to consumers, and smuggling into prisons.