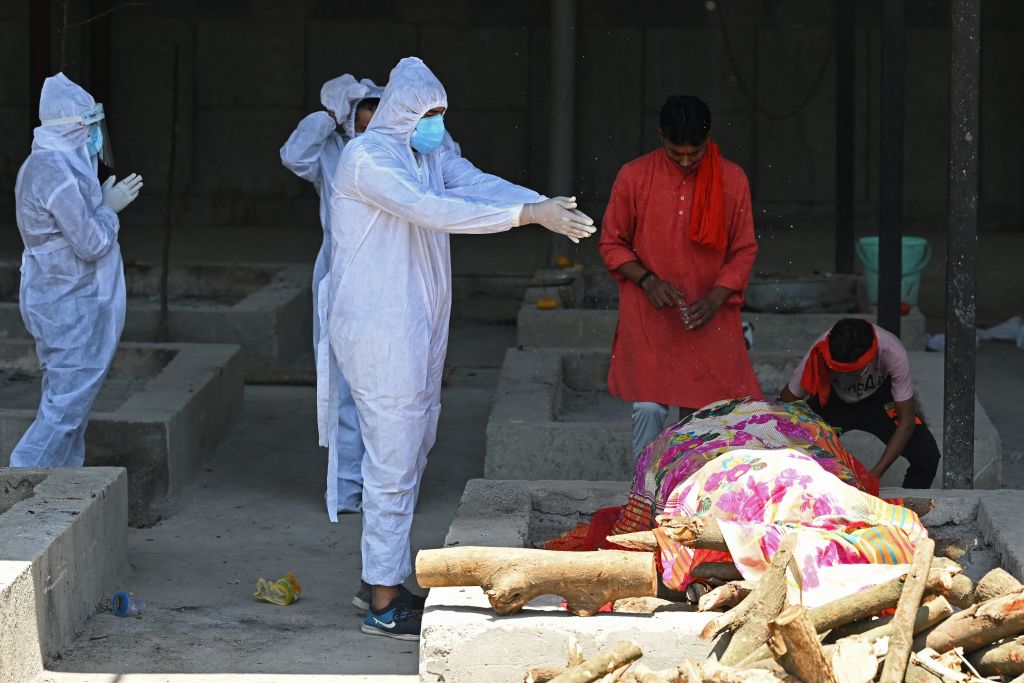 INDIA’S Covid pandemic has become a money-making scheme for some local officials who have wrongly declared people dead from the disease and allegedly pocketed compensation of £2,000, according to one report.

The suspected scam has forced 23 people from Borkhedi village in the central Indian state of Madhya Pradesh to prove that they are not dead. The officials falsely recorded their deaths allegedly to collect the money per head their families were entitled to as compensation, The Guardian reported.

Saurav Suman, a district collector, told the news outlet that the village council elder, who has the authority to issue birth and death certificates, is allegedly involved in the plan along with two or three other persons and they have all been arrested.

According to Suman, the incident was an “aberration” but acknowledged that the faking of the documents was a common way for some to make money.

In April, a number of laboratories were found to have carried out fake Covid testing of more than 100,000 pilgrims for the huge Kumbh Mela congregation in the northern Indian state of Uttarakhand, which proved to be a super spreader. This week, a court issued non-bailable warrants against three in connection with that scam.

India also has the second-highest number of cases at 32.8 million, next to the US with 39.2 million.

The country, however, has greatly accelerated its vaccination drive with more than 660 million doses administered so far.