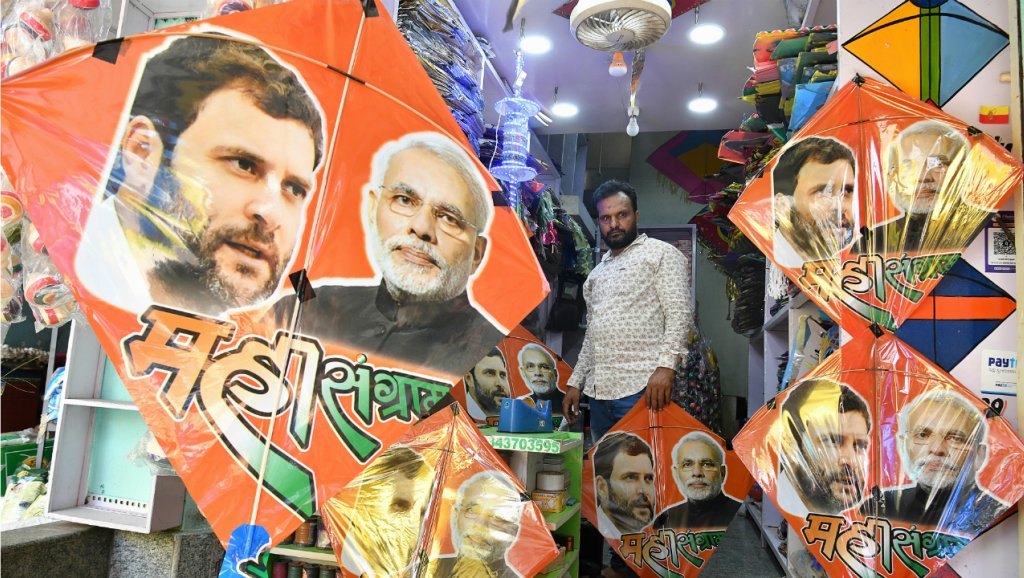 Millions of voters across India cast ballots in the second round of the world’s biggest election on Thursday (18) amid violence and protests that highlighted the intensity of animosity in the campaign.

With more than a month to go before the marathon ends, prime minister Narendra Modi kept up a punishing schedule of rallies as he seeks a second term, while opposition leader Rahul Gandhi maintained attacks on the right wing Hindu nationalist government.

Voting went ahead in 95 of India’s 543 constituencies, most of it peacefully, but with noticeable blackspots.

Police in West Bengal fired tear gas and baton-charged groups in Darjeeling district protesting because they said they had been prevented from voting.

A woman poll worker was killed by suspected Maoist rebels in the eastern state of Odisha hours before polling opened.

And in central Chhattisgarh state, security forces raided a Maoist jungle camp, killing two insurgents allegedly involved in an attack on an election convoy before the first round of voting that left five dead, police said.

More than 157 million of India’s 900 million electorate were eligible to vote on the second of the seven rounds of voting. The last is on May 19 and final results will be released on May 23.

Polls in the southern states of Karnataka and Tamil Nadu could prove decisive in choosing the next prime minister and long lines formed outside polling stations.

But voting was cancelled in one Tamil Nadu constituency after about $1.5 million in cash — believed to be intended as bribes — was seized by police.

At some polling stations in tense Kashmir state, security forces outnumbered voters with tens of thousands of troops, paramilitaries and police deployed to the region for the vote.

Authorities closed down mobile internet services and set up barricades to block roads to thwart any attack. Groups of youths still hurled stones at them.

Outside one polling station, a 55-year-old man said he would not vote. “Our leaders have called for the boycott of all Indian elections,” he said.

Kashmir surged into Modi’s campaign after a February suicide bomb attack that killed 40 paramilitaries and brought India and Pakistan — which each control part of Kashmir — to the brink of war.

He was also caught up in a firestorm Thursday over an election official who was suspended after he insisted on searching Modi’s helicopter.

The election commission said the search violated their rules on VIPs, but the Congress party slammed the decision on their official Twitter account.

“What is Modi carrying in his helicopter that he doesn’t want India to see?” Congress asked in a Twitter statement.

In New Delhi, the spokesman for Modi’s Bharatiya Janata Party (BJP) narrowly dodged a shoe thrown at him by a protester at a press conference at the party’s headquarters.

Modi swept to power in a 2014 landslide with a promise of “achhe din” (“good days”), and as prime minister he has simplified the tax code and made doing business easier.

But despite growth of about seven percent a year, Asia’s third-biggest economy has not provided enough jobs for the roughly one million Indians entering the labour market each month.

And in rural areas, thousands of indebted farmers have killed themselves in recent years.

Gandhi fired back in an interview with The Hindu daily, published Thursday, saying Modi’s party was deliberately ignoring economic problems.

“The fact is that the biggest national security issue is unemployment,” he said.

Gandhi, seeking to become the fourth member of his family to take the prime minister’s office, has pledged to end abject poverty by 2030 and give cash transfers to 50 million families.

The BJP has promised a $1.4-trillion infrastructure blitz to create jobs.