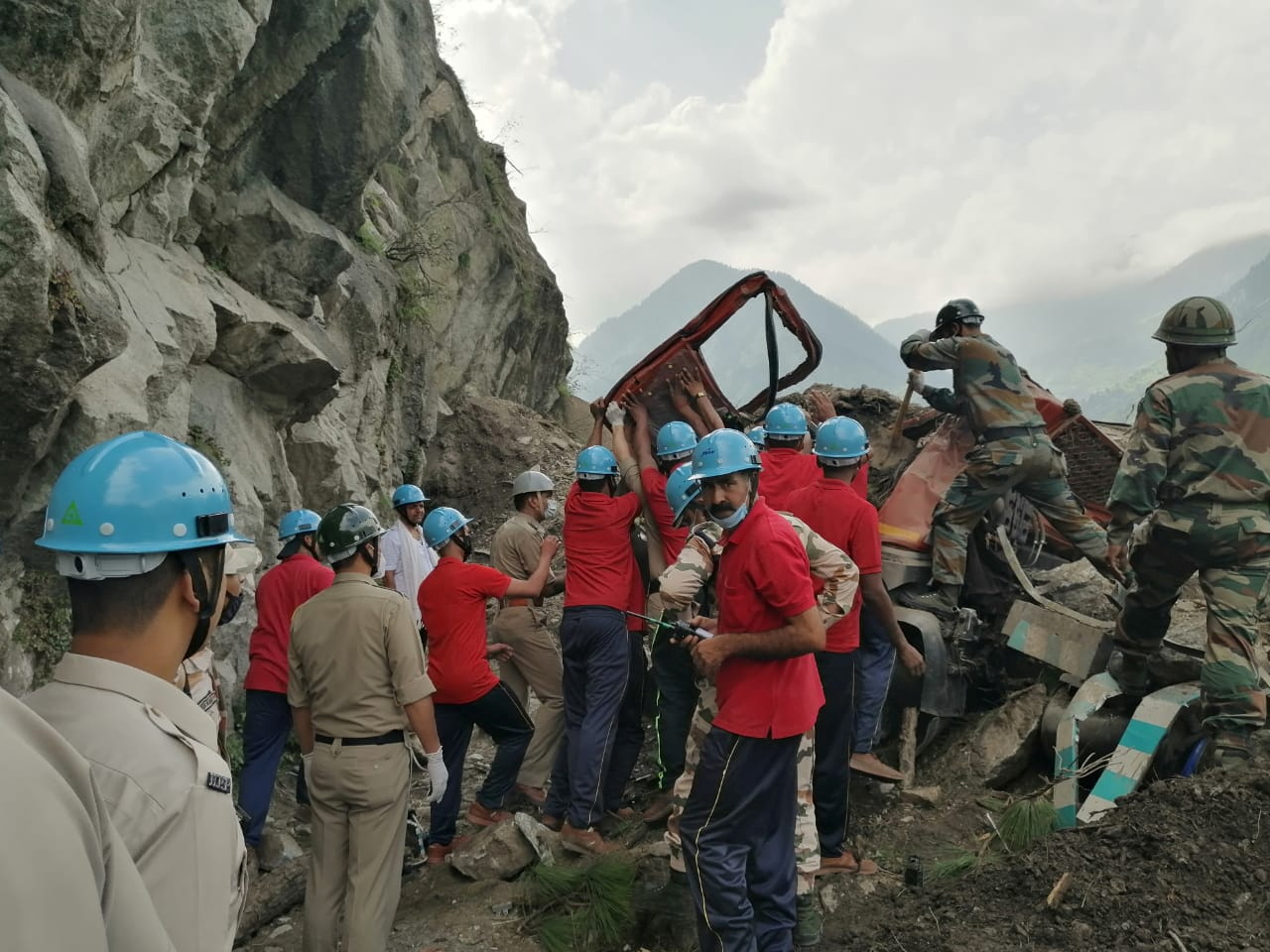 INDIA on Friday (13) evacuated at least 2,000 people after a massive landslide in the ecologically fragile Himalayan north blocked a major river, officials said.

The people were evacuated from 13 villages in the Lahaul area of Himachal Pradesh as a “preventative measure” in case of flash floods, said a senior district official.

Hundreds of tonnes of rocks and other debris slid into and partially blocked the Chenab — one of the biggest rivers in the region — blocking the flow of water for a few hours.

This is the second landslide to hit the northern state bordering Tibet this week.

On Wednesday (11) 12 people were killed after a bus and other vehicles travelling on a road were buried by rocks and mud.

Sixteen people are still unaccounted for, according to local media reports. Thirteen others were pulled out of the rubble.

Landslides are a regular danger in the region, particularly in the monsoon season, but experts say they are becoming more common.

Climate change is making the monsoon more erratic and melting glaciers, massive chunks of which can break off.

In February, a ferocious flash flood hurtled down a remote valley in neighbouring Uttarakhand state, killing around 200 people.