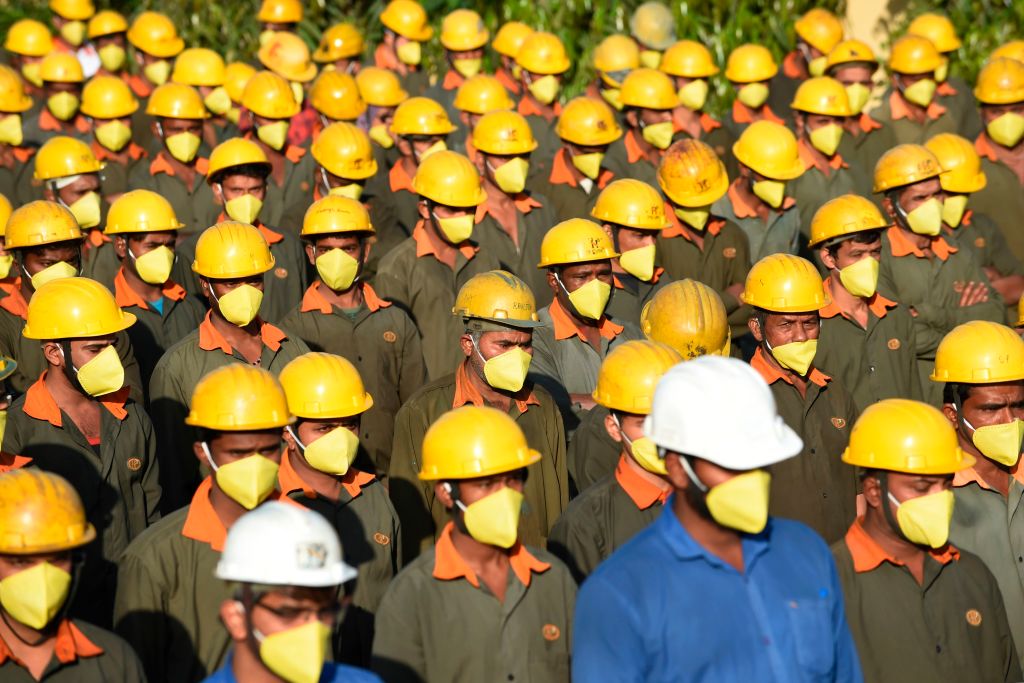 Workers, wearing facemasks as a preventive measure against the spread of the COVID-19 coronavirus, stand outside a factory in Vasna Buzarg, some 40 kms from Ahmedabad, India. (Photo by SAM PANTHAKY/AFP via Getty Images)

THE number of coronavirus cases in India rose to 43 on Monday (9) with four people, including a three-year-old child in Kerala who had returned from Italy, testing positive for the disease, Health Ministry officials said.

The new data suggests the spread of the virus into newer regions.

But, no deaths have been reported from anywhere in the country so far.

The first patient in Jammu and Kashmir, had a travel history to Iran. The one in Delhi had travelled to Italy. And the third patient, from Uttar Pradesh’s Meerut town, had come in contact with the six people from Agra who had tested positive for coronavirus.

An estimated 110,041 people from more than 90 countries have tested positive for the disease that has killed 3,825 people.

In the Southern Indian state of Kerala, officials said the three-year-old child who tested positive for coronavirus and its parents landed in Kochi on March 7 from Italy.

They underwent thermal screening and the child was detected with symptoms of the disease. The family was immediately referred to the isolation ward of the Kalamassery Medical College Hospital, they said.

Samples of the parents have also been sent for lab tests, the officials added.

Two patients in Kashmir are undergoing treatment at the isolation ward of the Government Medical College (GMC) hospital and are in a stable condition, officials said.

The number of COVID-19 cases in India, which was just six till last Tuesday, includes 16 Italians as well as three Kerala patients who were discharged last month following their recovery. 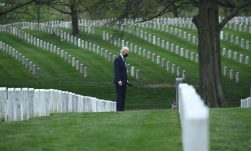 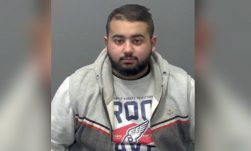 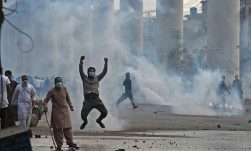