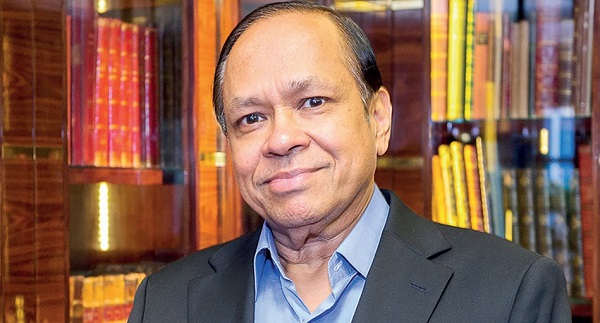 The proposed investment by the London-based billionaire will include greenfield and brownfield mergers and acquisitions that are aimed at bottle-to-bottle recycling.

The latest move by the Thai chemicals company has come when governments around the globe are asking for more recycling and making people aware of the environmental hazards of the single-use plastic.

Indorama Ventures chief executive Aloke Lohia said: “We are investing $1bn in recycling over the next five years.”

The proposed investment by the London-based billionaire will include greenfield and brownfield mergers and acquisitions that are aimed at bottle-to-bottle recycling.

Commenting on the recycling of plastic bottles, Sri Prakash Lohia told Eastern Eye ’Asian Rich List 2019’: “We take recycling very seriously. We will never go into a business that compromises safety or harms mankind. You have to think of the future of your children. This is a very recyclable product. We have a plant in Ireland, Thailand, and America to do this.”

With an estimated wealth of £5.8bn, Lohia was ranked top third in this year’s Asian Rich List, published by Eastern Eye.

The European Commission has set a mark to incorporate 25 per cent of recycled plastic in polyethylene terephthalate (PET) bottles by 2025, with a targeted 90 per cent collection rate.

After a period of four years, Indorama aims to invest an extra $500 million by 2025 to support its customers to accomplish the 25 per cent target, Aloke Lohia noted.

“There is infrastructure in the world to recycle PET. The problem lies in the collection,” he added.

South Asian-origin Aloke Lohia started Indorama as a small business in Thailand in 1994.

The India-origin owned business gets about 40 per cent of its revenue from North America and about 30 per cent from Europe.

Indorama, which counts Coca-Cola, PepsiCo, and Nestle among its customers, said it is working with brand owners and governments to allow more bottle-to-bottle recycling.

The business giant’s main job is the production of PET resin, a polymer used to make plastic bottles and fibres used in products such as seat belts and tyres.

During the 12 months period to June 30, the global business produced nearly 5,000 kilotons of PET.

Indorama Ventures is listed in Thailand and Sri Prakash Lohia owns about one-third of the company.

Along with its affiliate Indorama Ventures in Thailand, Indorama Corporation, headquartered in Indonesia, operates over 70 manufacturing sites in more than 30 countries and employs over 30,000 people worldwide.

Lohia was born and brought up in Kolkata, India. However, the Indorama story truly begins in Indonesia for it was there that he relocated with his garment-manufacturing father, Mohan Lal, in the early 1970s.

Sports
Kohli has showed signs of being a ‘great leader’: Rahul