India and UK can build up ties without EU’s influence, says Shivshankar Menon 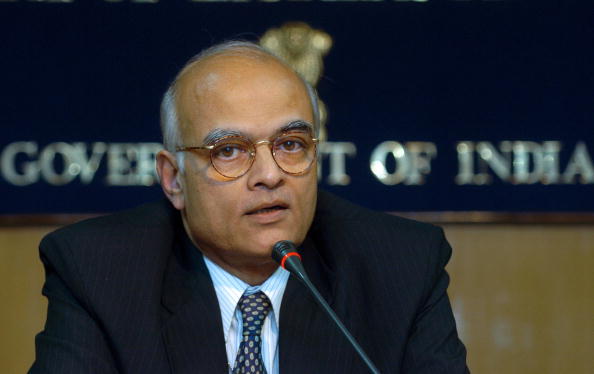 BRITAIN’S exit from the EU may have provided the impetus for the UK and India to “build up” their ties in many new ways, a former Indian diplomat has said, as he noted that both countries would “no longer have to worry about what Brussels thinks”.

In a wide ranging, exclusive interview with Eastern Eye on May 7, Shivshankar Menon also spoke about how India – in the longer term – is recognised by the world as a power of the future. He also paid tribute to the vital role of the diaspora in the UK and US.

Menon served as national security advisor (2010- 2014) to prime minister Dr Manmohan Singh, and prior to that, was the foreign secretary (2006-2009). One of the highlights of his career was in securing the civil nuclear agreement with the United States, signed in 2008 by then president George W Bush.

In his new book, India and Asian Geopolitics: The Past, Present, the former diplomat examines the country’s foreign policy and its standing in the world. “The UK has always been very important (to India), not only because it was part of the EU, in fact, it’s the other way around,” Menon said, adding that historic links as well as ties related to economics and defence, among others, have been very strong.

“I think the UK’s absence from the EU will make our relationship with the EU slightly more difficult to manage, but that’s a separate topic. But in a sense, the UK not being part of the EU means we have an opportunity to actually not just rebuild, but to build up the relationship in many new ways. And I think that’s what we saw at this recent summit between the two prime ministers, this roadmap to 2030, which is pretty ambitious.”

Menon also said while India’s image may have taken a beating in recent weeks over how it has handled a brutal second wave of Covid-19 cases, in the longer term, the world recognises how far India has progressed since independence.

He added that the world is now interested in our neighbourhood (in Asia).

“This is the centre of gravity of global politics and of the global economy. So everyone’s going to be involved in our neighbourhood, whether we like it or not – we have to up our game.”

However, as the global economy has slowed down and there has been some pushback against globalisation, Menon cautioned against India becoming insular. “There’s a natural tendency to draw inwards, to actually go home, lock the doors, take care of yourself, but, the world is not Covid; you can’t isolate.

“In fact, the whole point of my book is that India does best when it’s most connected to the world. And when it’s most engaged with the world, and, frankly, when you look at all our main drivers of policy, at our need to transform India, at our reliance on the world, we can’t do without (engagement), in order to run our own economy.

“To me, the answer to a tougher situation is more engagement, more effort, rather than less or locking yourself away. But that’s not the natural instinct.

“Look at the globalisation decades, we were the second biggest beneficiary. When did India have the high growth years? When globalisation was at its peak, after the 1991 reforms.

However, he cautioned that, “we still have a very long way to go. And we’d be the first to admit it. But at least I think the general impression of India is of a country that’s fine. And that has been relatively successful in the past. In the last month or so I think there might be some doubt, those who concentrate on the headlines, I think they probably are more negative than those who actually look at long term trends.”

From India’s current difficult relationship with China to closer ties with the US, the former ambassador reflected on how “everything is changing around us very rapidly. But we’re still doing the same old things”.

He pointed out that India is the only major economy which is not part of any major regional or trading bloc. In November last year, 15 Asia-Pacific countries (among them China, Japan, South Korea, New Zealand and Australia) signed up to the Regional Comprehensive Economic Partnership (RCEP), the world’s biggest free trade deal, with its members accounting for around 30 per cent of global GDP. India, however, pulled out of the agreement over concerns about cheap Chinese goods entering the country.

Menon said, “I don’t think it serves our interests, because you can’t have a political, diplomatic, defence, security outreach (when you work with your neighbours in developed countries), and not have an economic leg to stand on.”

He added, “Indians have historically always been very engaged with the rest of world and it’s those parts of India, which are most connected with the world, peninsular India, maritime India – through the Indian Ocean – which have always been the most stable, the most advanced, most prosperous, which is what made India the largest manufacturing power on earth, until 1750. “That’s a lesson perhaps we need to re-learn. Some of us, at least, seem to have forgotten.”

As an ambassador, Menon has seen first-hand how members of the Indian diaspora can help change the image of the country abroad.

He noted how as a student in the US in the 1960s, India was seen as a land of snake charmers, maharajas, elephants and tigers. “They had no idea what India was,” Menon recounted.

But a successful Indian community, led mostly by professionals, worked to transform the impression of the country. By the time work began on the civil nuclear deal, it was the diaspora who went to every US Congressman, Senator and said, “You must support this. This is important to us, and who did a lot of the hard work,” said Menon.

“And I think it’s the same in the UK. Because if you look at India’s image (in the UK), it actually started at an even lower point, thanks to the imperial legacy. But what the diaspora has done is to change that (image) completely.

“That has opened up opportunities. Frankly, you now have people on both sides who are comfortable working with each other, doing business with each other. That’s the big advantage. There is no question that this government also has paid a great deal of attention to the diaspora.”

Menon sees opportunity in US relations

Sino-Indian ‘crisis’
“Today, India-China relations are in crisis; they are in the process of being reset. We need to come to a new equilibrium with the Chinese and restore deterrence on the line. The Chinese have to feel there will be unacceptable consequences if they try and change the situation on the border.

“Chinese behaviour has changed drastically on the border. For about 30 years, we kept the peace and both sides respected the status quo. And the line was, by and large, exactly where it was, nothing had changed. Both sides had built up infrastructure and strength, but nothing had changed. But last year, they tried physically to change the status quo at several points. So they changed the basic rules.

“We need to work out a new economic relationship as well.

“Over the years we have built up an economic relationship, which is important to both of us.

“So the fundamentals of the relationship are in the process of being renegotiated. This is something that is a priority for India. We need to sort this out for ourselves – where do we want to go with this relationship? And then (we) work with China, but also with all our other partners. Many others are also working with China and have similar concerns, such as maritime security in the entire Indo-Pacific, because 93 per cent of our trade go[1]es by sea, 38 per cent of that through the South China Sea.”

Pakistan hostility
“I don’t think that this sort of managed hostility, which we have been in for the past few years, is a satisfactory state.

“I’m glad we’ve at least got the 2003 ceasefire going again. And it seems to be holding.

“But beyond the UAE’s involvement to mediate between India and Pakistan, I haven’t seen any steps.

“I don’t know why Pakistan has chosen to come into talks at this time, whether it is just opportunism to see what they can get, or whether they have certain goals that they want to achieve. But I am not privy to what happened in the talks.

“So I have an open mind. I wish them luck. I hope that they succeed.”

Nurturing US ties
“There has never been an American president who has come to office knowing more about India than president Joe Biden. If you look at the top ranks of his Cabinet, then those who deal with foreign policy – whether it is Secretary of State (Anthony) Blinken, National Security Advisor Jake Sullivan, CIA director Bill Burns (who was instrumental in doing the Indo-US civil nu[1]clear deal) –all of them knew India very well.

“So this is a team who is professional, competent, and knowledgeable about India, which is rare – it’s not always that you have this combination of factors. And to have it at the very top actually creates an opportunity. We should nurture this moment and see how we can advance the relationship and transform it further. We’ve seen it transformed in the past 30 years, but let’s see what we can do now. I am very optimistic.”